Warner Bros. Home Entertainment and Warner Archive Collection are bringing the magic of iZombie‘s Third Season home on Blu-Ray and DVD on October 3rd, 2017. All 13 Episodes are here, along with the 2016 Comic-Con Panel and some never-before-seen deleted scenes.

The CW hit still isn’t getting the attention it deserves, and that’s becoming even more infuriating for the show’s 2 million plus weekly viewers, because it’s getting even better every season. Not only is it diving into its characters and exploring a wide variety of themes, but it turns its own characters upside-down every once in a while, and Blaine’s season three spin is just the most glaring example.

You might have hoped for a bit more in the special feature department, but at least you are getting a few treats. 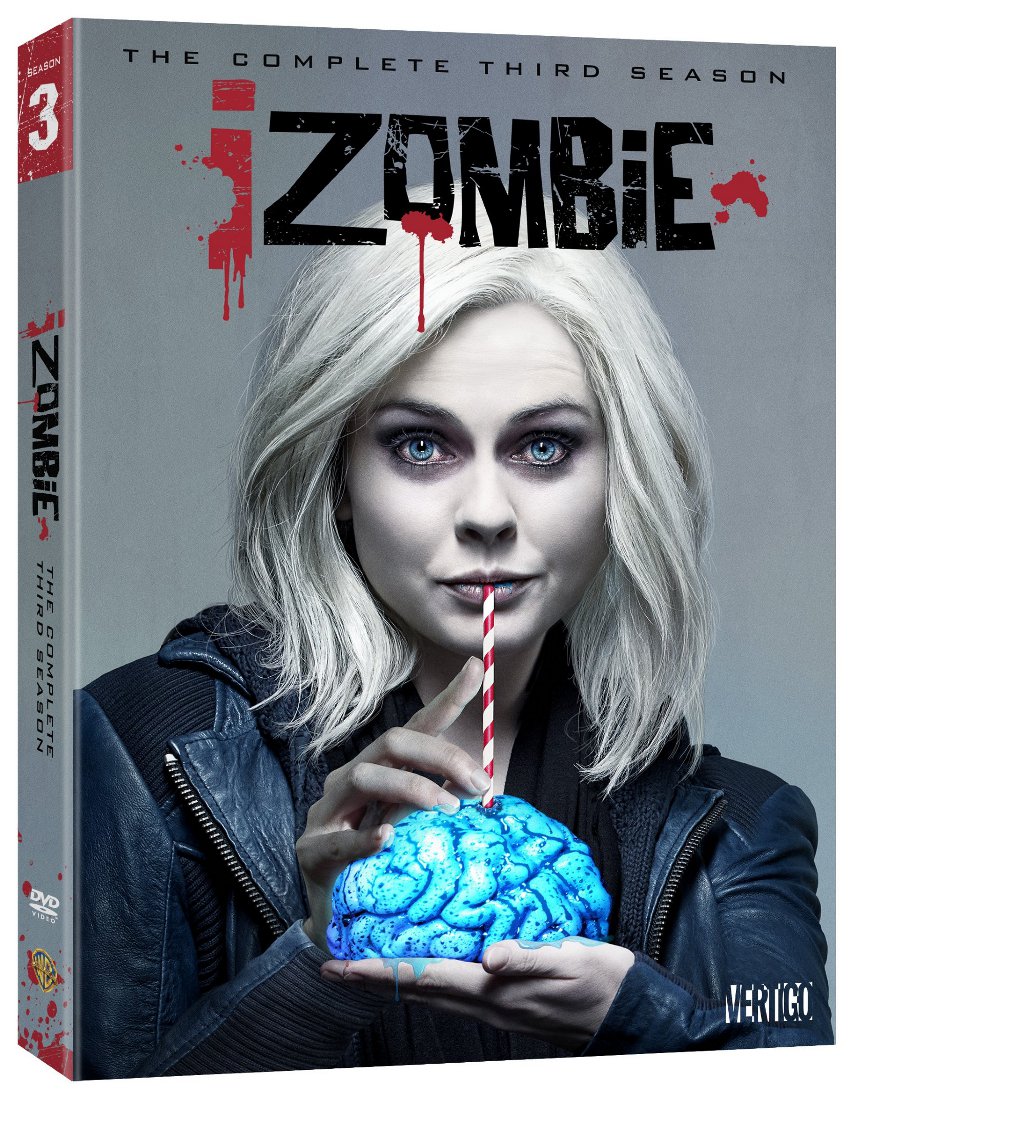 Will Seattle become the capital of a zombie homeland? In season three, Liv has discovered there are more zombies living in Seattle than she previously believed, including a private military contractor employing a zombie army that is preparing for the day humans learn of their existence. Major finds acceptance in this army, and Liv and Clive investigate the murder of a zombie family that may set off an all-out zombie-human war. Ravi’s former boss at the Center for Disease Control shows up in Seattle to investigate the Max Rager massacre. Blaine finds living as a human with no memory of his evil past is more blessing than curse. Peyton pulls at a thread in one of her cases that may lead to the villain that’s pulling all the strings. This action-packed season will follow Liv, as she takes on the traits of a dominatrix, a JACKASS-style stunt man, an office gossip, a pre-school teacher, a conspiracy theorist, a dungeon master, and more.

“After three strong seasons, iZOMBIE continues to have ravenous fans who are always hungry for more” said Rosemary Markson, WBHE Senior Vice President, Television Marketing. “We think the loyal fan base will be very pleased with the special features and the 13 visionary episodes from season three.”

iZombie: The Complete Third Season is also currently available to own on Digital HD. Digital HD allows consumers to instantly stream and download all episodes to watch anywhere and anytime on their favorite devices.  Digital HD is available from various digital retailers including Amazon Video, CinemaNow, iTunes, PlayStation, Vudu, Xbox and others.