The Big Bang Theory, to be completely upfront, is a show that didn’t do much for me until at least the fifth season, which means I had to be convinced to watch it again. It always had a few laughs mixed in, but it was goofier than necessary and everything felt very forced. It wasn’t until about the seventh season that the show actually hit its stride, and that was mostly a result of having to adapt the characters, and the ways in which this was accomplished.

The tenth season only adds the show’s best efforts, especially when following the “adulting” of the crew. Leonard (Johnny Galecki) and Penny (Kaley Kuoco) are married, but they run through their marriage again, which sets the stage for a very different dynamic, especially considering that Sheldon (Jim Parsons) has to factor in somewhere. Running through things again includes family, which means that Penny’s mother (Katey Sagal) and brother (Jack McBrayer) will butt heads with Leonard’s parents (Judd Hirsch and Christine Baranski).

Meanwhile, adding to the almost oppressive heaps of adulthood, Howard and Bernadette are at their wits end preparing for the arrival of their child, which then leads to a bizarre commune approach to raising said child as Bernadette eventually prepares to return to work. 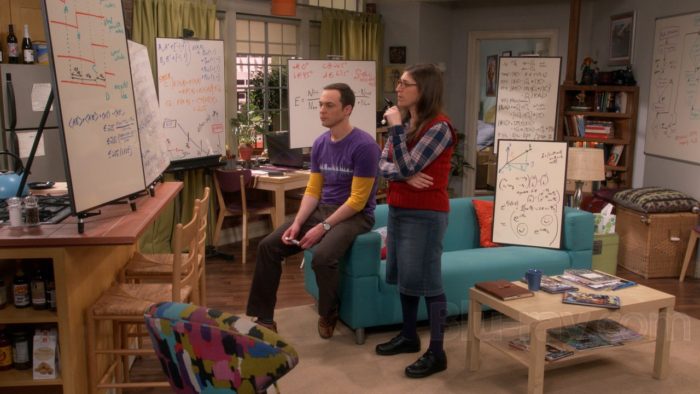 Thus, the season includes a wide variety of life’s challenges as plotlines – dealing with parents, Sheldon and Amy trying to work together, the disruption of all life when a baby enters the equation, and the boys working for the government when they aren’t particularly interested in doing so. The best thing about the season is that the members of the gang approach their respective situations as people who aren’t at all the same as they were ten years ago. The truth is, it’s just funnier than it was back then. The show kicked off working so hard to convince you to stick around that it lost a lot of its ability to truly engage the audience. Now, it knows you’re invested, and it can deliver a lot more.

The release is packed with a surprisingly solid set of bonuses, especially considering that the TV season release world these days doesn’t often offer as much as fans might hope.

There are several featurettes included and they have a little more meat to them than the standard bonuses that are only a few minutes long. The Ever-Expanding Universe of The Big Bang Theory, Mad Props, and Who’s the Baby Now are pretty self-explanatory, except that Mad Props covers the creation and use of props throughout much of the show’s run. These are all fun treats for fans of the show, and offer a diverse look at what’s going on behind the camera. The release also includes the 2016 Comic Con Panel, which is great, a gag reel, and #Just Ask BBT 2.0.

Assuming you have any interest in the show at all, this is a must-buy.