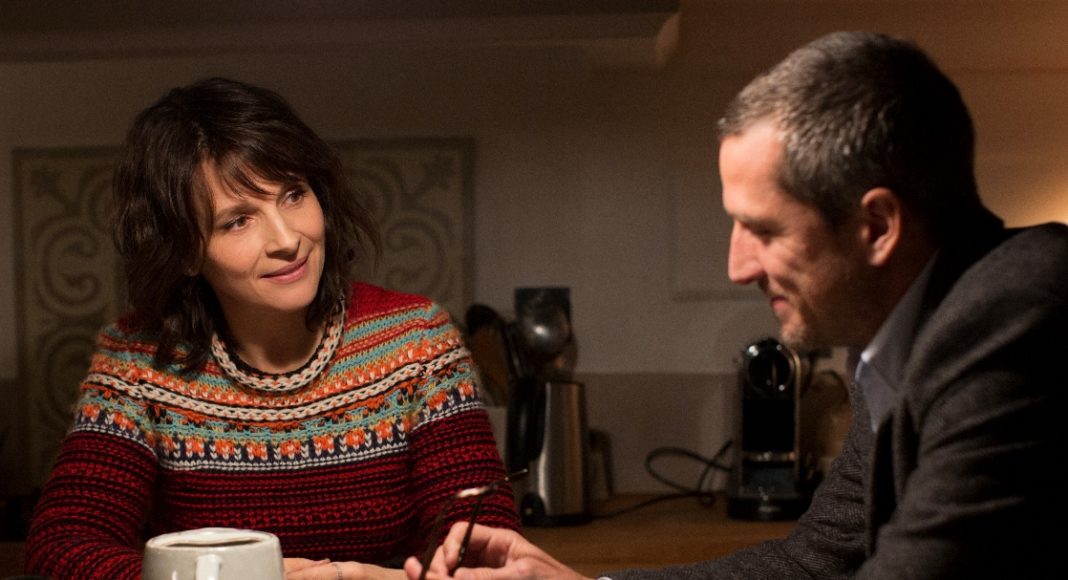 Non-Fiction Review – Spinning Your Wheels And Talking Endlessly About It

Olivier Assayas is probably the greatest living writer of conversations for the screen, but his latest effort, Non-Fiction, doesn’t quite manage to capitalize on that talent. There’s something to be said for a tag-team match of bibliophiles locked in a print vs. e-book debate that becomes an ironic railing at misguided youth, but without a more interesting purpose guiding things, it all ends up feeling a little hollow.

Leonard Spiegel (Vincent Macaigne) is an author whose forte is a genre he refers to as “auto-fiction,” autobiographical stories which he changes enough to not quite be what actually happened to him. Our story begins with Leonard’s publisher, Alain Danielson (Guillaume Canet), passing on his latest novel, which Alain refers to as, “navel-gazing.” Part of the problem is that Leonard is beginning to blur the lines of blurring the lines, and there is perhaps not enough fiction in his fiction, which in this case involves Selena (Juliette Binoche), who happens to be Alain’s wife.

The story moves through wit as others might move from one wacky escapade to another, which means our conversations only occur at different times and places because certain characters occasionally need to be out of earshot. The whole thing could have been one dinner party (instead of a few and a couple of lunches), and it might have improved things to add the kineticism of a more literal dance among discussions. In fact, sticking with side characters might have given us a reason to dive into the furthest depths of an already old debate over the merits of social media and whether or not it constitutes writing… or reading.

That said, Non-Fiction still grips you with characters who are delivered as much by what they aren’t saying as by what they are, and perhaps most of all by their reactions to things they didn’t expect to hear. It functions best when these pseudo-elites are actually confronted about themselves generally, as when Leonard is at a book signing that takes an odd turn, but even then we’re left wondering if our turn at the microscope couldn’t reveal more.

There’s a deliciousness to the somewhat “anti-farce” nature of events, characters, and dialog, which lays out the bewilderingly normal and hopes you find it absurd, and that makes the ride a joy. Whether it’s the workaday disconnect that renders love, affairs, and life-altering decisions seemingly of no more consequence than which restaurant you choose, or the curious commitment to screaming into the void about young people on Twitter who are screaming into the void, this is a film that dissects characters ten different ways in every scene. That’s actually a charming draw, though it doesn’t quite live up to Personal Shopper, that leads down roads few films dare to explore, but in the end it feels like we perhaps didn’t need the meta level in order to drive home the idea that everybody’s talking all the time, but no one is saying anything.