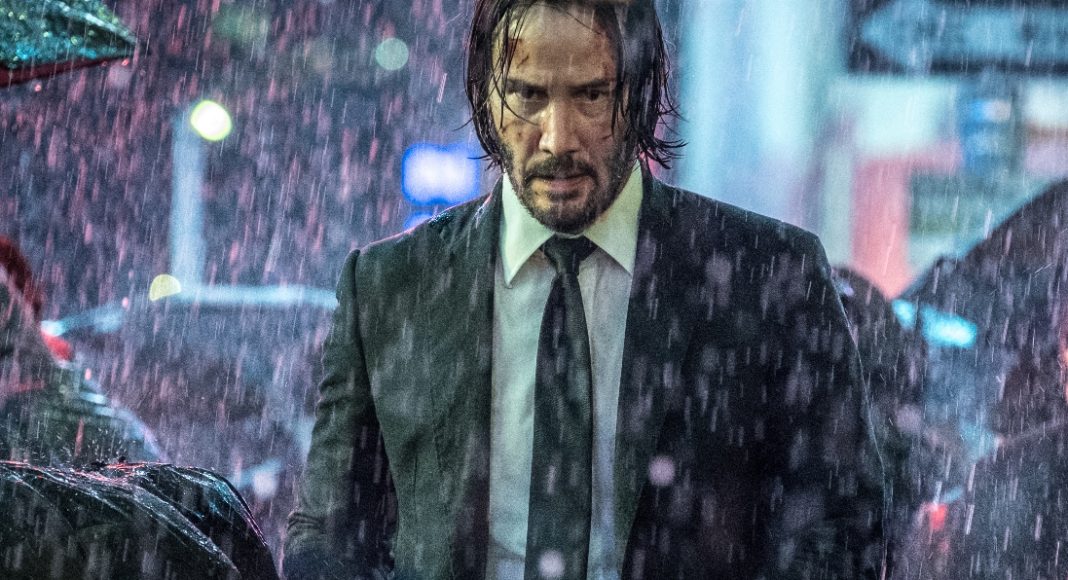 The last thirty minutes of John Wick 2 makes for a depressing abandonment of storytelling to set the stage for another sequel, but the rest of it is filled with the action and mystique that made the first a surprise hit. Though a fun ride for the most part, it felt as though someone had an idea for the third film, and mostly went through the motions of getting to it.

It turns out that someone had an idea for a fourth movie (release date already inked in), and while getting somewhere from the first film wasn’t entirely difficult, getting where the fourth film wants to be is a bizarre effort in world destruction and we’re mostly out of ideas.

Picking up scant minutes after the end of the second film, and then doing a bit of bouncing around in time, John Wick 3 is all about John (Keanu Reeves) being on the run and his seemingly impossible task of getting out from under the weight of his entire underground world collapsing in on him. Unfortunately, a fight early on in a library is the “John Wick-iest” thing that happens in the film, and though it hangs onto some of the franchise’s fun, it tests the limits of how bizarre the story with two films behind it can become.

One of the most common pathways to destruction for a franchise is abandoning attention to the world-building they’ve managed. It’s an especially curious move here, because the fascination is as much with John Wick’s world as the man himself. From The Continental and its rules to the complex web that exists in plain sight, there’s a slick elegance driving John Wick’s existence and the story about killing the wrong man’s dog.

As John makes his way to someone he imagines is at the top of the food chain, the film becomes littered with fight/action scenes that give the impression of a drunken brainstorming session rather than some sensible path pushing Wick’s theoretic quest. He fights on horseback. He stumbles into a knife museum. He eventually has a shoot out with people in magic armor. From one crazy excuse for Wick to hip-throw a dozen more people to another, Wick becomes diluted by virtue of the very effort to solidify him as the Boogeyman.

After dozens of sequences, most of them made boring by their inability to find an end, John turns in a talisman to get passage to Casablanca, which ultimately leads to a nonsensical trip to a guru in the desert. Somewhere during the journey, which has John calling in another favor, this time of Sofia (Halle Berry), who runs the local iteration of The Continental, we begin to realize that the entire universe we’re in just isn’t what we thought.

It’s a system that works for the expediency of getting us to scenes we want to film as opposed to making any sense of our creation. Wick now fights all over the world, and in the streets, leaving a path of bodies, and not one cop shows up, nor does even one of the hundreds of assassins now alerted to the price on Wick’s head take a second to think better of going after the person who is allegedly a legend among them. Worst of all, despite having lived through the events of the first two films, people keep going out of their way to piss him off.

When we finally get to the end, which is simply the point at which we feel close enough to the plot of the fourth film to stop filming, there is a certain poetry to the idea that we made a film that tears apart Wick’s world, because apparently in the next film Wick tears apart his world. There are still plenty of moments that make it fun to watch Keanu Reeves dancing in the lens of a stuntman’s vision, but the plot only exists on the technicality that things happen and the action has moved into an almost superhero realm.

A simplistic quest with a lot of flavor is a good enough excuse to show off some great action, but when the story jumps ship on itself and the action begins to feel like filler, it’s harder to sit through.