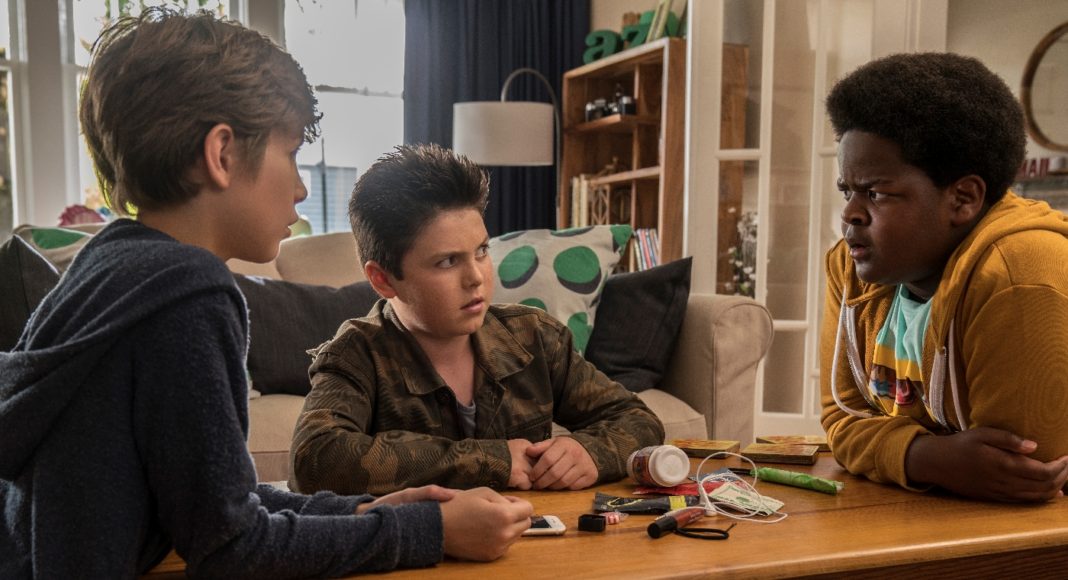 Good Boys Review – Movies For Those Who Have To Sneak In Return?

It’s some time since I was forced to question the intended audience of a film… well, when looked at in relation to the film’s rating, but if Good Boys isn’t designed for those who aren’t supposed to see it, trying to imagine the arguments that it is intended for persons who are over 17 is a baffling exercise.

The film may run through a familiar coming-of-age gauntlet – tweens quest toward some popularity goal as they are repeatedly pummeled by “life and adult themes” – but in this case, the connections and drives are so tired and underdeveloped that they suck any comedy out of the gags.

Max (Jacob Tremblay) is part of a sixth-grade Three Musketeers group who call themselves the Bean Bag Boys, and together with his pals Lucas (Keith L. Williams) and Thor (Brady Noon), he is on a quest to get to a party. The girl he plans to marry, who he hasn’t met, is going to be there, and the plot is thus developed. The stumbling blocks that lead to the wacky misadventures involve Max’ father’s (Will Forte) drone and two High School girls hoping to score some E (or whatever).

The laughs largely revolve around trying to learn how to kiss on the internet and accidentally watching porn, or finding your parents’ sex toys and not knowing what they are. As juvenile as it sounds, you might expect an actual moment of comedy from such things, but there’s really no delivery and the characters are all empty. Lucas is a “rule follower,” and there his character development ends. Thor grabs the drone controls, obviously leading to disaster, and when Max asks him why he would do that, you half expect Thor to say that it says to in the script. Throw these single stereotype kids at the perils of trying to be popular, or a guy who wants to buy their sex doll, and it just doesn’t come with a payoff.

Much like the recent Booksmart, it’s a story of transitioning closer to adulthood that has a lot of potential, but very little that actually comes together. The writing is similarly lazy, working on the premise that, for example, as long as running across a freeway is entertaining, there doesn’t need to be any story.

While any wasted effort is bad enough, Good Boys stands out because the cast is so far beyond the material. Merchant all but rolls his eyes as he clearly thought of twenty ways to pull more laughs out of the situation during the hour he was on set, and the three boys are visibly attempting to “act down” to the often nonsensical lines they’re fumbling through.