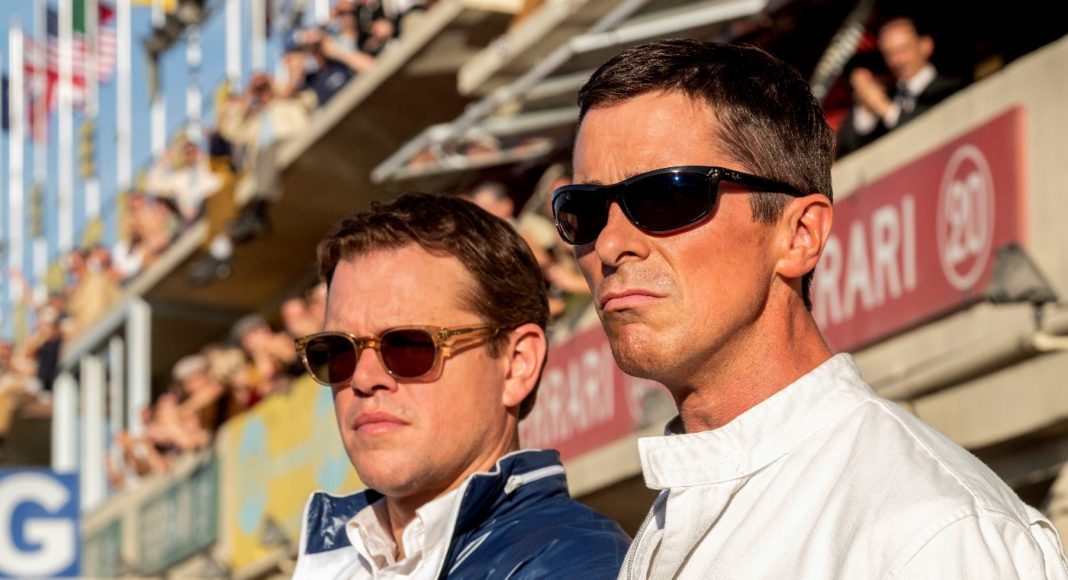 On first glance, with no information beyond the title and perhaps the poster, you might imagine that Matt Damon and Christian Bale play the titular characters in Ford v Ferrari. It turns out they don’t play either of them, which is largely why the film looks pretty interesting.

Our focus here, while technically surrounded by car manufacturers, is on the true story of legendary car designer Carroll Shelby (Damon) and driver Ken Miles (Bale). We enter the story in the mid-60s with Shelby determined to win Le Mans for Ford, despite Ferrari’s dominance of the endurance race for the last five years.

There’s more than enough to complicate the effort, especially considering that Ferrari is such a dominant force in the racing world, but Shelby also has a kind of dislike/hate relationship with Miles, who isn’t quite “corporate material.” It isn’t just that the pair butt heads with each other, but Shelby thinks Miles is the best driver around, and doesn’t like his chances of winning without him, no matter what car he builds. When Ford wants to get rid of him, repeatedly, it becomes even more clear what a house of cards this whole enterprise is.

It may not seem like the most obvious choice for an interesting story, but the effort to push the limits, both of physics and human ability, is just the sort of thing that makes for a hell of a yarn, and if anyone can deliver the right touches to this one, it’s James Mangold. That might not jump out as an obvious statement with Logan fresh in one’s mind (though maybe it will actually), but the best moments of Walk the Line and 3:10 to Yuma (which are great) should call to mind an ability to work magic here, especially after seeing the most recent trailer.

Take a look at the new trailer and poster below, and mark your calendar for November 15th.