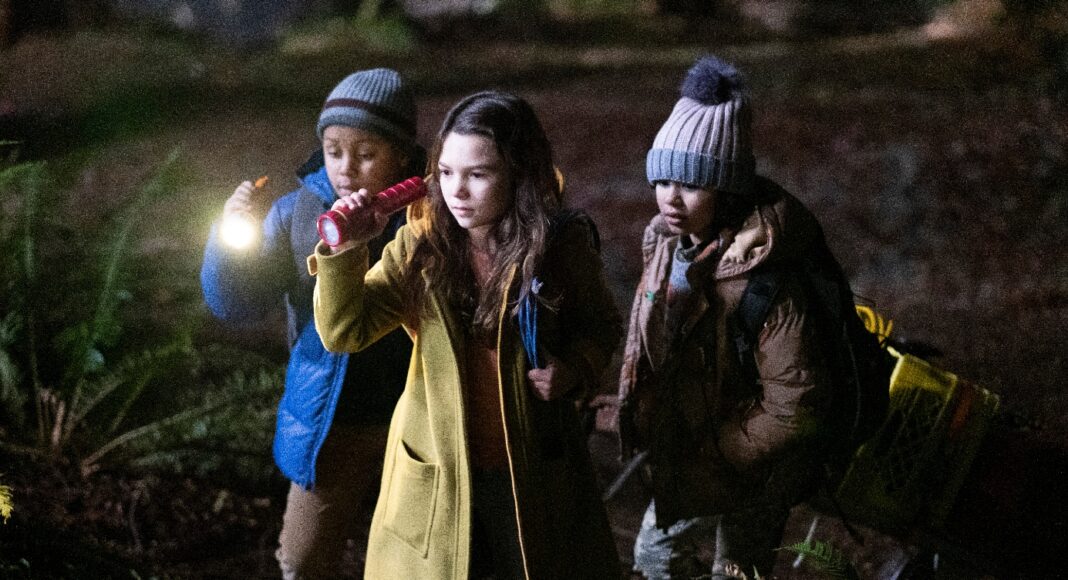 It’s hard to imagine being prepared for Home Before Dark, a series inspired by an actual youth reporter, because nothing about a nine-year-old investigative reporter returning to her father’s small, hometown screams edge-of-your-seat, must-binge mystery.

The series follows Hilde (Brooklynn Prince), a precocious youth who, following in her reporter father’s (Jim Sturgess) footsteps, fancies herself a journalist and has started her own neighborhood newspaper in Brooklyn. When he loses his job and the family must relocate to his old hometown, a small lakeside town he hasn’t revisited in decades, Hilde begins to unravel the secrets of a recent death, which in turn connects to a web of mysteries the entire town has kept buried since her father first left.

It all revolves around the abduction of a small boy all those years ago, the man who was convicted of the crime, the now-Sheriff who might not have run the perfect investigation, and just about everyone else in town, including Hilde’s father.

That gives us a setup for what might be a rather standard “crime and secrets in an insular community” mystery, but the series makes the most of its heroine, both insofar as her ability, and inability, to investigate things, and in the curious position it puts people in when having to respond to her. It’s a strange take, usually a vehicle for lighter offerings without the weight of true drama or consequences, and Home Before Dark runs with the possibilities.

You can imagine the pseudo-highjinx of the child sleuth butting heads with the school principle, and we get our fair share of that, but it’s a different story when she repeatedly heads to the Sheriff’s office demanding police reports, or actually accuses officials of subverting evidence and other crimes.

As a bit of a lark, or easily-digestible adventure with younger audiences in mind, this would already be all you need to pull audiences in better than most, but this one goes a few more steps and whether that’s positive or negative may depend on the audience. As much as we’re on Hilde’s adventure here, her family is along for the ride, and her father has a lot of connections from his youth to explore. It’s enough that Hilde poking her nose in is causing some difficulties for her family, and not just because small town cops don’t always love kids publishing their own paper disputing their interpretation of things. But, the family is trying to figure out their own connections in the town and that’s tricky to do when it turns out that you’re suddenly at odds with everyone for one reason or another.

Some of the elements feel overly mechanical, like the situationally-standard responses of Hilde’s sister, or the initial encounters with the town’s police force, but the effort to explore as much character as subterfuge pushes through the problems and leaves a sense of urgency utterly rare when an ensemble is being pulled around by a pre-teen.

Whatever you do, don’t dismiss this one. It’ll hook you. It also includes a brilliant lead to a second season.