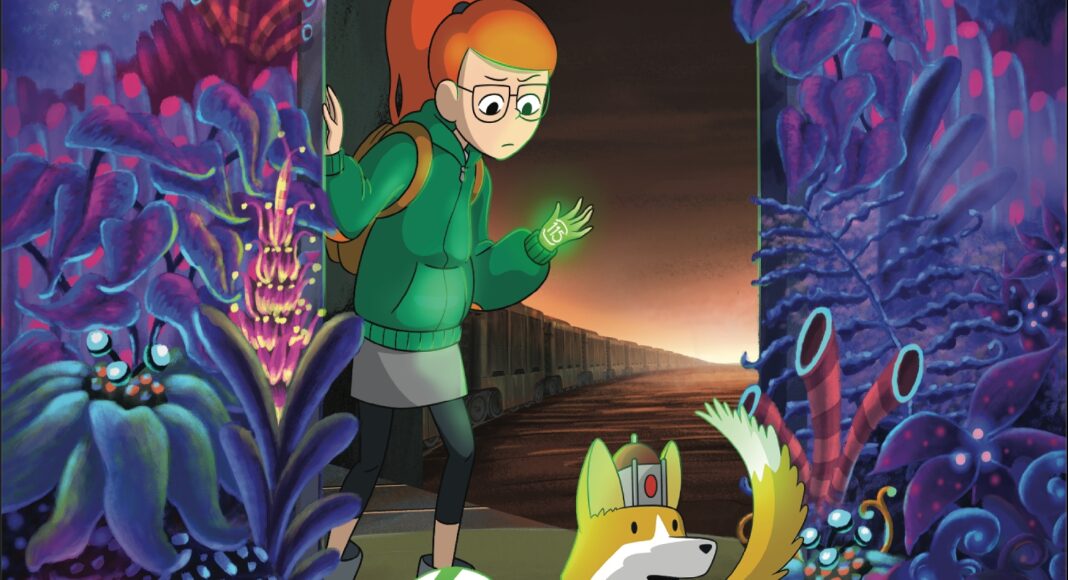 A gem comes along once in a while that flies under the radar, but they usually aren’t as surprisingly wonderful as Infinity Train. It’s a layered, raucous charm-fest with mystifying worlds, and a quest so filled with wonder that it could only take place in an infinite train whose cars contain whole worlds.

Tulip, a young girl who finds herself onboard a seemingly endless train, and uncertain how to escape it, decides that she has little choice but to head for the engine. She quickly learns that each car is something of a universe unto itself, each filled with its own “habitat,” occupants, and dangers. She is soon joined by the split-personality, mother-seeking robot, One-One, and following a perilous adventure, the pair are also joined by Atticus, king of Corginia.

From cars made entirely of crystals, including the inhabitants, to ball-pit playgrounds, and mirror worlds, Tulip will have to face puzzles and dangers to continue on, all the while trying to figure out if there is any escape at all, and what the strange counter is that has appeared on her hand. Also, there’s a mysterious cat and everything can be a donut.

The series throws Tulip into the most imaginative challenges, which creates the possibility for outlandish whimsy, and highlights an ability to creatively overcome obstacles. It’s also a show filled with significant gravity, as Tulip learns about the world she’s in, and herself, and is forced into situations which are both morally weighty and recognizable as real world dilemmas. Perhaps best, Tulip is a grounded protagonist, not a hero. She struggles through, but she collapses as well. Reflects on herself as much as her adventures, and gets overwhelmed, especially as the truth about the train becomes more apparent.

The home release comes with over an hour of bonuses, which is a fair offering considering that the episodes are about ten minutes each, which barely puts the 10-episode season at two hours itself.

These special features serve audiences extremely well, especially the commentary and documentary, because they offer up some exploration of just what makes this show so “edge-of-your-seat” despite being an animated adventure with a small child, a dog, and a goofy robot. How does this manage to be such a thrilling, bingeable, adventure, but also fun, occasionally silly, and filled with heart. Or, how did creator Owen Dennis (writer and storyboard artist from “Regular Show”) make the attempt, and what’s the behind-the-scenes mindset of pulling this all together, especially with such short episodes? It’s well worth diving into such questions for any fan.

The series is available now on DVD and Digital Release. See below for a special coloring page and do check this one out.

Infinity Train: Book One is available to own on Digital. Digital purchase allows consumers to instantly stream and download all episodes to watch anywhere and anytime on their favorite devices. Digital movies and TV shows are available from various digital retailers including Amazon Video, iTunes, Google Play, Vudu and others.