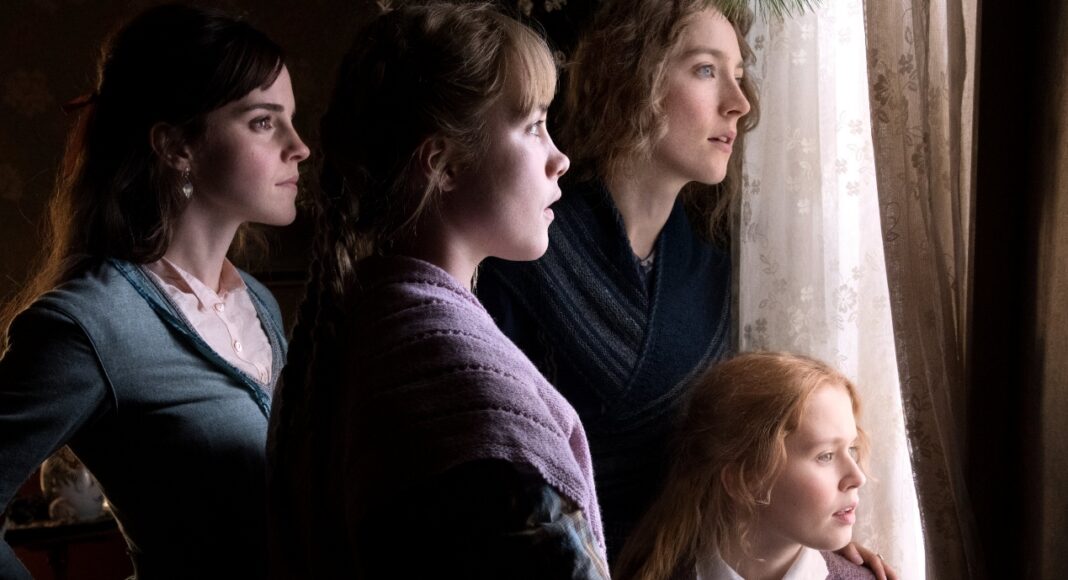 When another adaptation of Little Women comes along, it’s often met with a curious brand of skepticism. Fans seem eager for another chance to fall in love with a favorite story, but they’ve already been won over by some incarnation or other, which offers it’s own bias toward the next set of actors, writers, etc. Adding to the difficulty in this case is the fact that everyone seems unusually (for the industry) committed to the source material. Adaptations of Little Women are straightforward and fearful of variation.

Greta Gerwig‘s effort at writing and directing a new version of the classic tale still leaves the meat of the matter unchanged, but the delivery is a fresh look, and that delivery manages to add some weight to certain events. Most importantly, Gerwig uses her dissection of a classic to put her own fresh eyes on characters that audiences are overly familiar with. Though things perhaps venture near a “too modern” exposition, we’re left with a lot more soul than we often get by merely “displaying” the source material yet again.

Focusing a bit more on the individual March sisters, and attempting to convey the heart of their motivations more by jumping back and forth in time, this Little Women may give us the same events, but they have never felt more weighty. The book-burning, for example, obviously one of the key elements of the book’s character exploration, has never felt more like an actual event. Not only have our sisters better earned their, “she who would do this,” and, “she who would be destroyed by this,” statuses, but the entire cast also delivers a truer depth of understanding and reaction to who these sisters are. Not simply at that moment, but as life goes on.

Gerwig and Saoirse Ronan also offer up a slightly different Jo, and one that brings everything together better than most adaptations. Universally described as “quick to anger,” or similar, our Jo here is more accurately “quick to emote,” and though she is still running with a short fuse, we get a clearer picture as to why that might be. Moreover, she is more believably spirited, instead of just more spirited.

The effort translates to the rest of the March girls as well, and as much as the heart of the work is a description of very different women struggling to take on life on their own terms, that doesn’t always relay to audiences as solidly as it does here. That’s true both because of the actresses we have here and the reinvention of the lens through which they are delivered. Though it’s hard to overly fault previous version of the story, most of them suffer from at least some degree of Meg simply being “Jo’s other sister,” or Beth meandering through descriptions of “that which will ultimately sell sadness.” There’s a duality of scene construction here, with equal time spent delivering who these characters are and who they are to each other. Frankly, many aspects of the film seem less emotional than in other iterations, but far more real.

Put together, it’s the best film of the year.

The home release offers up more than 45 minutes of bonus features (see a quick tease below), and they are solid additions in an age in which special features are to some extent falling away as a true selling point.

Not only do we get more standard features, like a Behind-the-Scenes look at the film, or a Hair & Make-Up featurette, but two of the bonuses really dive into the subtleties of bringing this version together. Making a Modern Classic is perhaps best among them, offering a detailed look at what elements of a more modern theory of filmcraft translates into a different experience with the March girls. Even things as simple as overlapping dialogue are used with purpose. Getting to the heart of the design of the effort and translation and update is a treat here.

Winner of the Academy Award for Best Costume Design, and nominee for five, as well as many wins and nominations from the Golden Globes, Critics’ Choice Awards, and more, this is one that is definitely worth picking up and watching over and over. Interestingly, the film is also only the third Best Picture nominee written, directed, and produced entirely by female filmmakers.