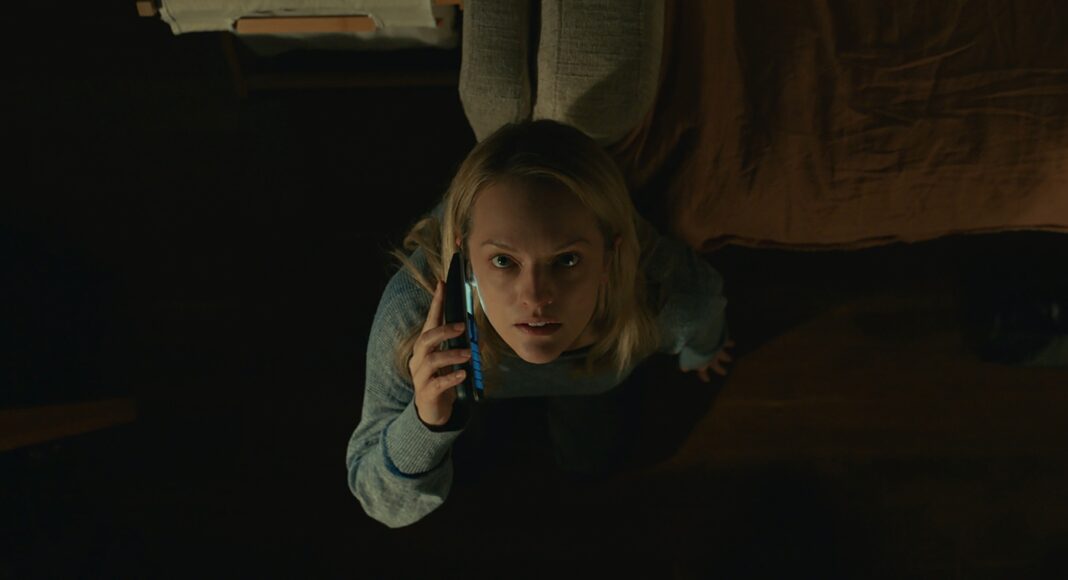 There’s something a little off about the recent The Invisible Man, and I’m not sure people have yet given this film a fair shake, despite positive critical response. I suspect that there is some psychological response that moves people to react negatively when their initial reaction is questioned, and since this is perhaps closer to An Invisible Man than The Invisible Man, it raises concerns.

Thus, it’s probably best to immediately say that this is a modern, psychological thriller inspired by the classic character, as opposed to trying to leave things lie with the title alone.

This is also an imagining of the basic story that ups the game to a degree, because it spins an extra level of calling one’s sanity into question. Cecilia (Elisabeth Moss) is rebuilding her life after the death of her abusive ex-boyfriend (Oliver Jackson-Cohen), but she soon begins to wonder if he’s gone. Already the film, beyond a popcorn tension ride, has a lot of its own notes to explore, especially as we tease out certain reveals. Is she going crazy? Who is she going to be able to tell? What exactly does exactly the wrong guy do with his power?

The movie has been available through premium rental offerings, and released on Digital on May 12th, but it hits on Blu-Ray, 4K UHD, and DVD on May 26th, and I have a copy of the Blu-Ray release available for you to win.

The release comes with a solid mix of bonus features (see full rundown below), including a feature commentary track, deleted scenes, and a chance to get better acquainted with Elisabeth Moss as she describes the physical and emotional challenges of the role.