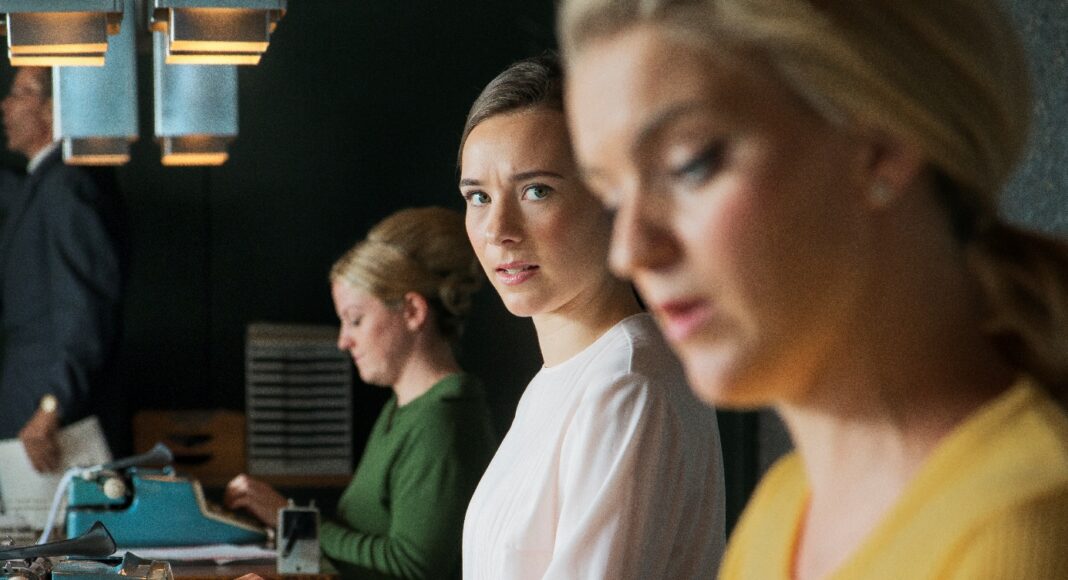 As many of us are looking for new things to watch, to a degree perhaps never imagined, a lot of streaming services are vying for your attention, and many are very deserving of it. One that you might have missed to this point is Topic by First Look Media.

Topic focuses on films and series from around the world, giving audiences the chance to experience some great efforts, many of which are only available there. Available now on Topic is a true gem, State of Happiness. A Norwegian release, State of Happiness managed two awards at the 2019 Cannes International Series Festival, including best screenplay.

The story takes place in 1969 and covers the true events of the oil industry’s move into Norway, mainly as it comes to a small, coastal town that is slowly losing its fishing industry. On the other hand, it’s really the story of four young people whose lives are, or become, intertwined with each other and the oil efforts within their community. More than simply a potential monetary boon for all involved, oil brings dramatic social change to the area, or at least walks hand-in-hand with it.

Moving through events with a group of young people as our eyes, State of Happiness is also a story of moving into a new era, and though many aren’t going to end up fans of the shift, it’s hard to avoid the idea that if this final effort to hit oil in the ocean hadn’t paid off, the town wouldn’t be on the map at all now.

Christian (Amund Harboe) is a diver on the oil rig, and loves the fact that he has the job. His dad, Fredrik Nyman (Per Kjerstad), owns one of the area’s major employers, a fishery, and he would have liked his son to go into the business, as opposed to taking a job that doesn’t seem like much of a job. Fredrik is a bit of a big shot, but the fishing is drying up, and if the fishing goes, the town likely will as well.

Christian’s fiance, Anna (Anne Regine Ellingsæter), comes from a small farm far in the country, but she gets a job as a secretary in the town hall. Anna, and her family, aren’t so sure that marrying Christian is a great idea, because given the viewpoint of many within the insular community, moving outside your “station” can be problematic. Somewhat surprisingly, Fredrik doesn’t have the same concerns, believing Anna will actually be good for Christian and his lackadaisical ways. Besides, she’s the one taking minutes during meetings between the local government and the oil companies.

Toril comes from a very religious background, and connects to the oil game when her boyfriend, a representative from Shell, heads back to the U.S. when Shell pulls out of the oil exploration. She’s pregnant, and her family arranges a marriage for her, but she can’t make herself follow the life tradition says she is supposed to, which leads to a job at Fredrik’s fishery. Her desperation winds her in and out of the other player’s stories in a variety of ways.

Finally, Jonathan (Bart Edwards) is sent by Phillips Petroleum to get them out of their contract with Norway which would require them to drill another well, even though no one has hit oil anywhere. Phillips’ man on the ground convinces Jonathan that there’s serious oil in this one last spot, and Jonathan gambles. On Christmas Eve, 1969 the rig hits the biggest ocean oil strike ever, and the sleepy town is going to be changed forever.

The series winds its way through the obvious drama of cultural upheaval (spanning a couple of years), and while it is always focused on the oil, it never ventures away from these characters and their role in the reshaping of their town and their country. Almost “high drama,” in that it plays out more like Downton Abbey than more legitimately comparable efforts, like Mad Men, this one manages a unique niche by focusing on a younger generation’s experience of massive change and the decisions that shape it.

This is also a show dedicated to a more subdued effort of acting than most American series are interested in, and it’s not only engrossing, the younger stars here use it to pull the audience into the circumstances perhaps better than the script had a right to hope. When Toril, for example, is presented with her parents’ suggestion that they have arranged a marriage for her, it’s a scene that might easily be laughable, or at best boring. The delivery makes it work, and sets the stage for much of the series, because this is a show that knows that less is more.

It’s ultimately a series that convinces you to go wherever you have to with these characters, largely because they are confused, but rich with it, and though the story and connections grab you as well, it hardly matters.

Again, if you aren’t already a subscriber, check out Topic – State of Happiness is here.

Where to watch State of Happiness