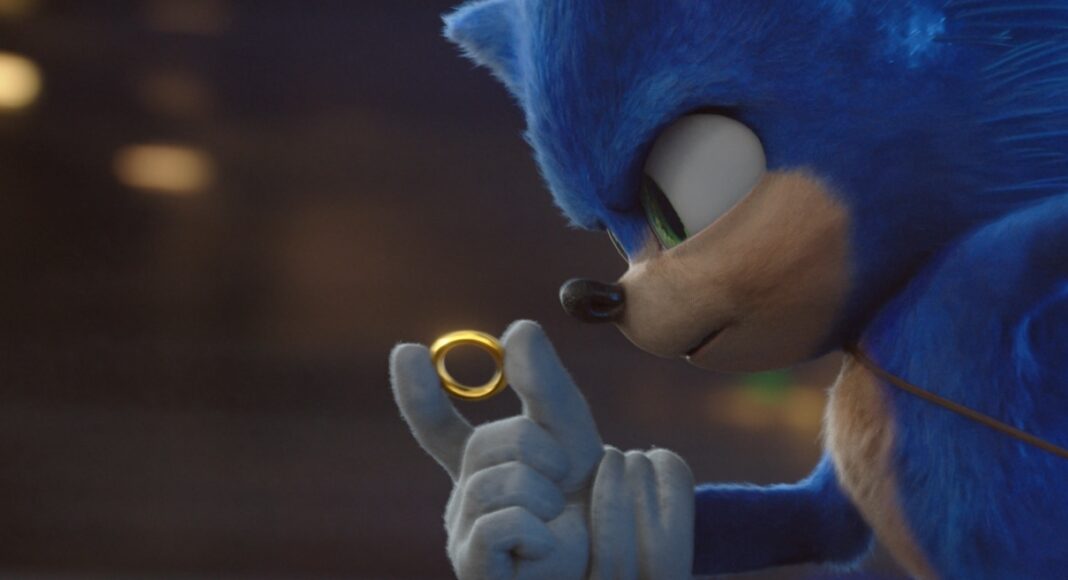 Ignoring the controversy over the look of the world’s most popular hedgehog, releasing a film now seemed like an odd decision. For those who pay attention to such things, it felt a little like something spawned from contractual obligations… unless, Sonic has been going through some resurgence in popularity that eludes an old guy like me. Suspicions of money grabs and strange motivations aside seemed to plague Sonic the Hedgehog all the way to release, and while I’m still not clear why now was the time, the film is a serious surprise.

The film struggles in its establishment, perhaps overly relying on the idea that it isn’t necessary and doesn’t especially matter. Sonic is on some other world and when danger finds him, a magic ring brings him to Earth. He remains hidden, for some amount of time, until Tom (James Marden) stumbles upon him, causes Sonic’s bag of magic rings to be transported far away, thus creating a quest. Meanwhile, Dr. Robotnik (Jim Carrey), apparently working for the dastardly division of the government, becomes aware of Sonic’s existence and the chase is on. Tom and Sonic have to get to the rings, so Sonic can escape to another world, while avoiding Dr. Robotnik and his army of drones.

It’s a setup that isn’t that different from a lot of films actually, except in its lack of effort to distract from how simplistic it is, but it is nevertheless a story that moves you along in solid fashion. That is, with the caveat that this is a film that is really only after younger audiences. Though still effective in entertainment value to some degree, it just doesn’t spare the time to truly engage wider audiences in the way that viewers have likely come to expect.

On the other hand, while targeting the young is often considered a serious negative, that’s usually because such efforts talk down to their audience, run wild with juvenile humor, or don’t bother with a cohesive story at all, simplistic or otherwise, and that isn’t the case here at all. Sonic is loaded with fun, wild speed and roller-coaster visuals, but it leans on its characters to keep things moving. Ben Schwartz gives a solidly emotional voice to our hedgehog hero, and kids are going to love Carrey’s evil madman.

One of the main problems with movies spawned of video game franchises is simply that they don’t figure out, or stick with, exactly what they’re trying to be, and Sonic the Hedghog, if nothing else, at least doesn’t falter there. It’s zany and kinetic, and tries to really run with the idea of dumping this cartoon/game character into the world and just letting the fun come from following him.

Available on Digital release, 4K Ultra HD, and Blu-Ray, the home versions have a lot of bonus features, and considering today’s market, it’s really loaded. The best efforts involve Jim Carrey, especially the blooper reel, but there are also new adventures, a commentary track, and a great featurette on Sonic’s origins. Also, do not miss out on the Limited Edition comic book featuring an adventure with Sonic and The Donut Lord included with the 4K Ultra HD and Blu-Ray Combo packs.

Catch the full rundown of the bonuses, including some clips, below, and also check out our podcast episode that includes coverage of Sonic the Hedgehog.

Behind the Scenes – James Marsden and Jim Carrey on Sonic

Where to watch Sonic the Hedgehog