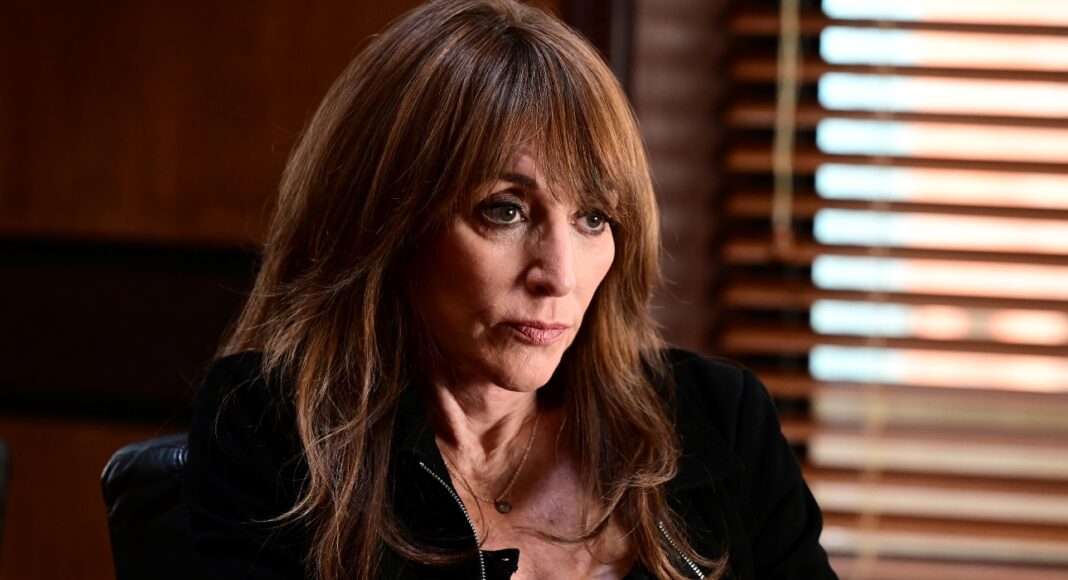 Katey Sagal has a long history of playing the characters who are, to some degree or another, over the top, and whether she’s after comedy or drama, she manages to contain these characters within a larger sheath of undeniable charm that gives her room to maneuver. In Rebel, that ability is never more necessary, because in this iteration of an “inspired by Erin Brockovich” story, we’re not just interested in a firebrand’s ability to get results, but the consequences inherent in being such a person.

The series opens with Annie “Rebel” Bello (Sagal) moving on what we are meant to assume is yet another in a long string of “stunt activism” efforts. Her latest “project” is the manufacturer of a heart valve that seems to be poisoning its recipients, and she needs some attention on the issue, because no one appears to recognize there is a problem at all.

The pilot is a clever move at establishment, because this particular case is one that is close to Rebel’s boss, Cruz (Andy Garcia), and offers a chance to include her son, who’s a doctor, while also providing tangential connections to her two daughers. Her son can theoretically start a study, or at least give her some information. One of her daughters is her sidekick, the other is a lawyer sick of her mom sending her pro bono work and is somewhat sympathetic toward her father, a lawyer who works for the enemy, big business.

We’re all familiar by now with the “frontline” story of an activist who doesn’t care what the “rules” are, and will do whatever it takes to fight a giant corporation, even if that means camping out their victims in the lobby of a big law firm until they agree to take the case. Honestly, the ability to sell a film about taking down a shady medical firm is questionable at this point. But, shuffling through Rebel’s entire life may well prove a different story. Despite Andy Garcia’s ability to traffic in emotions, and the obvious tear-jerker moments of visiting the other victims of the big bad corporation and their machinations, this is a series whose staying power is going to be determined by its effort to showcase Rebel’s inability to effectively balance this sort of life, no matter how long she’s been doing it.

Her daughter and her current husband (John Corbett) both mention the fact that she’s always off testing someone’s water, and even the daughter that doesn’t mind tagging along on Rebel’s escapades has certain issues as a result. Perhaps even worse, the constant focus on such cases has clearly taken its toll on Rebel, which seeps into everything she does.

It’s a show that is constantly walking a tightrope by design and that alone makes it worth giving a shot, but that means it has infinite chances to go wrong as it moves on. The stunts are prone to being overly comical, the drama and tears approach the unwatchable, and even Rebel’s persona itself is grating if it isn’t diluted properly by the supporting cast. Our entry into the show works because there is so much to establish that redirecting the focus is unavoidable, but a lull could easily send the show into a tailspin, in much the way that its character can’t figure out how to keep all her plates spinning.

Theoretically, this is Katey Sagal’s perfect role, and she hops from angry to manipulative to emotionally destroyed in a way that is not only believable but believable as “how this person gets angry.” While not all aspects of the show have quite come together yet, and certainly won’t for five or six episodes, it’s overloaded with energy in a way that is unusual in a series, and reminds somewhat of House, which similarly left everyone and everything trying, and failing, to keep up with Hugh Laurie.

It’s a treat so far, but there is a certain hyperbole to the effort which could easily mean that as time goes on we cycle through a variety of people twirling their mustache from the other side of the table, and that isn’t going to people tuning in. If the show continues to ultimately be more about wondering what kind of person actually does this than what headlines she produces, it’ll be around for a long time.