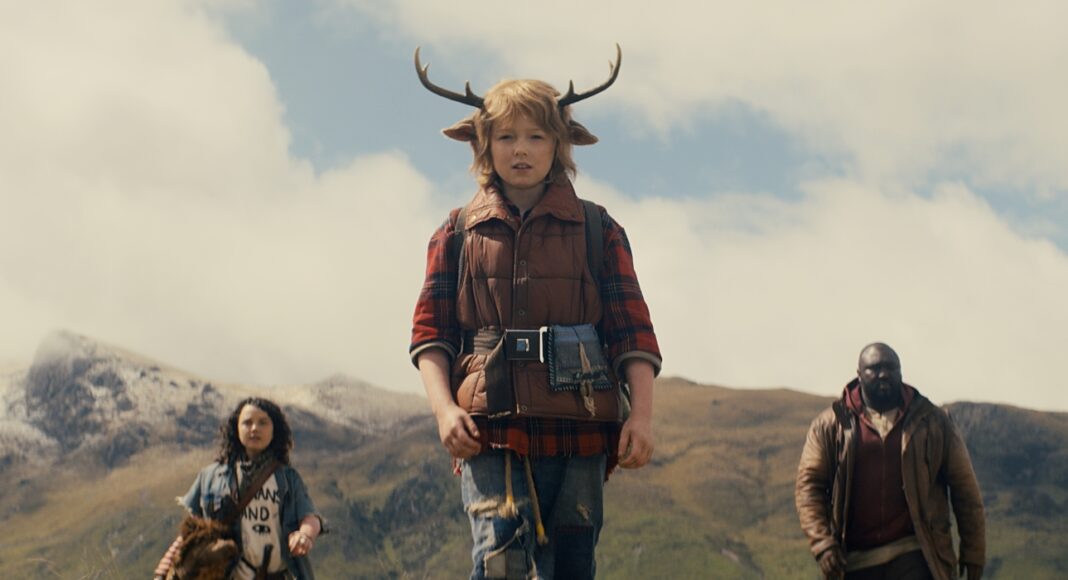 You may not have heard a lot about it yet, but what is potentially the most brilliant series of the year is headed your way on June 4th. Based on the DC comic of the same name, Sweet Tooth is a story that takes place in a post-apocalyptic future wherein some of the population are hybrids.

Ten years ago “The Great Crumble” wreaked havoc on the world and led to the mysterious emergence of hybrids — babies born part human, part animal. Unsure if hybrids are the cause or result of the virus, many humans fear and hunt them. After a decade of living safely in his secluded forest home, a sheltered hybrid deer-boy named Gus (Christian Convery) unexpectedly befriends a wandering loner named Jepperd (Nonso Anozie). Together they set out on an extraordinary adventure across what’s left of America in search of answers— about Gus’ origins, Jepperd’s past, and the true meaning of home. But their story is full of unexpected allies and enemies, and Gus quickly learns the lush, dangerous world outside the forest is more complex than he ever could have imagined.

Netflix has finally released a trailer (see below), along with a lot more images. As bizarre as the thing may sound, it is a fantastic treat of a comic and could easily become the series that simply blows audiences away. The original writing is clever and moving, and put together with a serious production it’s a series with almost limitless potential. Of course, it could easily go wrong as well, as it, unfortunately, lends itself to spilling into a lazy campiness.

While the uninitiated have little to go on, the trailer at least gives you a certain level of entry, though I’m not sure it quite sells things as much as I’d hope. It isn’t nearly as simple as the synopsis gives you (of course, depending on how faithful things are to the source) and Gus will find himself in some truly difficult situations. I only wish there were a few more “spoilery” images available, because there are a lot of things I can’t wait to see come to life.

Check out the trailer and images, and carve out this binge in your calendar now.

Keep up with Sweet Tooth and ultimately watch it at – www.netflix.com/sweettooth