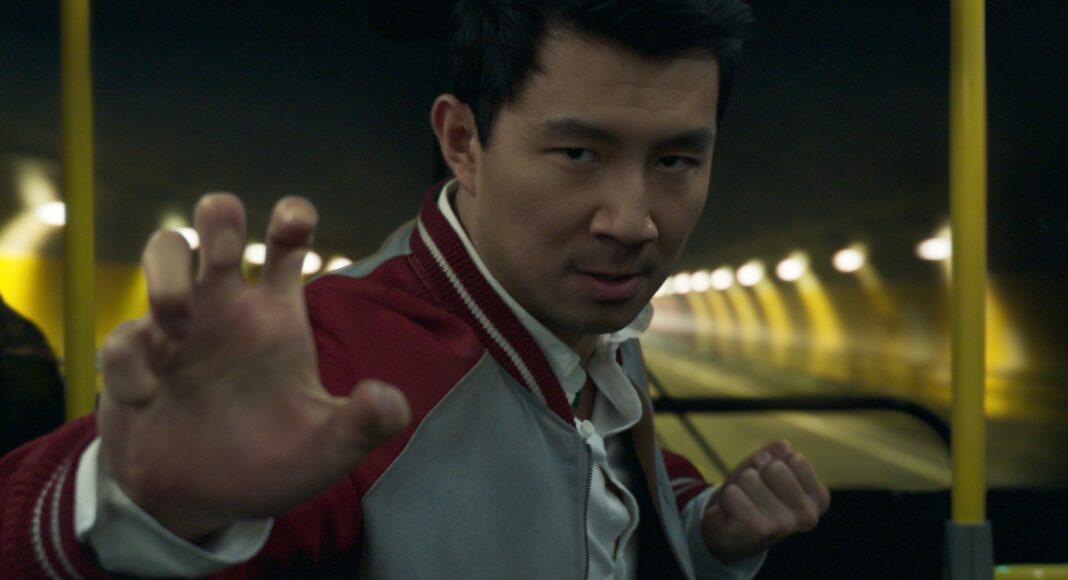 There’s an algorithm at play in the construction of Marvel films now, and it’s one that creates a variety of problems. The worst of these is that it results in Shand-Chi and the Legend of the Ten Rings being mostly boring, but it also makes for a “script by committee” and it’s a committee that doesn’t particularly enjoy comics, or earlier Marvel efforts.

Buried somewhere in Shang-Chi is a decent story that might have been built from timeless folktales and has the potential to land among the best Marvel movies to date. Unfortunately, no one involved seems to care about that story, and apparently find themselves irritated to be forced to tell it at all. This is a movie about checking boxes, and a weird assortment of them. Crouching Tiger, Hidden Dragon fighting has certain fans, but so does Jackie Chan. Kyoketsu-shoge (rope darts) are really cool, as is riding around on dragons. The fights and the “cool” are all mapped out, but the requirement of a story that lets them all show up is an annoyance worthy of little time or attention.

The “legend” is that of Xu Wenwu (Tony Chiu-Wai Leung), and a more ill-conceived backstory has rarely been thrown at you in three minutes of a 130-minute film. About 1,000 years ago, Wenwu came into possession of the 10 rings, bracelets (which will never be explained in any way) that make him immortal and give him incredible powers by way of using the rings to cause destruction. Because there is no sensible way to explain the fact that Wenwu came into possession of immortality and the power to rule the world 1,000 years ago, but didn’t, the film glosses quickly over the explanation that Wenwu has in fact parlayed his possession of the 10 rings into becoming the leader of an underground organization that controls things from the shadows, only they don’t.

Some thirty years ago, Wenwu began researching (by studying texts he is older than) a magic village that practices the strongest martial arts (or whatever), and stumbled upon Li (Fala Chen), the guardian of said village. Naturally, the evil warlord and the guardian of light fell in love and had two children. One of them, Shang-Chi (Simu Liu) was raised brutally by Wenwu following the death of Li, and escaped to America where he now works as a valet driver.

Hilarity and backstory ensue as Wenwu suddenly decides he wants his children back, and Shaun’s (Shang-Chi) friend Katy (Awkwafina) gets caught up in events as well.

The film winds through a variety of red herrings and curious coincidences loosely held together by explanations that offer little more than magic as plot motivation or mechanism. Shaun’s sister operates under an emotional perspective that hasn’t changed since she was eight, because simplicity sells, and the film moves from one scene to another with nothing making a lot of sense by design, apparently because that negates a lack of sense as a critique.

There are moments that are a lot of fun, and some fight scenes, though logic and gravity-defying, provide some thrills and spectacle. Simu Liu is a brilliant choice and delivers, and you only have to watch any episode of Kim’s Convenience to know why. His natural charisma can carry through nearly any situation and working with the amazing cast of that series clearly helped forged his abilities. When the film lets him simply try to woo you, which it manages to squeeze in a fair amount, it reminds of Chris Evans pulling you along whether you wanted to get on board or not. Unfortunately, he can’t effectively compete with a seemingly random set of steps leading nowhere and developing nothing.

He isn’t alone either as Tony Chiu-Wai Leung nearly mesmerizes despite the fact that most of what he’s doing is far more cartoon than comic. There’s a story he’s struggling to deliver that isn’t actually being told, and it’s a bit tragic in the end. Wenwu’s is a tale rather worth the journey, and there is a theoretical complexity to his attempted rebirth, its failure, and his subsequent emergence as an easy mark, but this isn’t a script that wants anything more than a casual nod to that story. In the end, there is an obvious emotional climax and few movies have managed a more hollow, unearned effort at climactic poignancy.

As a pure popcorn effort, Shang-Chi has as much in the way of Bam! and Kapow! as the ’60s TV version of Batman, but even those largely buffoonish flights of fancy would wince at the purely silly effort at storytelling here. There is ultimately so little that is actually in play here, beyond a concerted effort to point at shiny things and “be for everyone,” that the cast has little potential to reach through the screen. It’s plot by bullet point and kineticism as character, but the algorithm wants what the algorithm wants.

Catch Our Podcast Review Of Shang-Chi Below