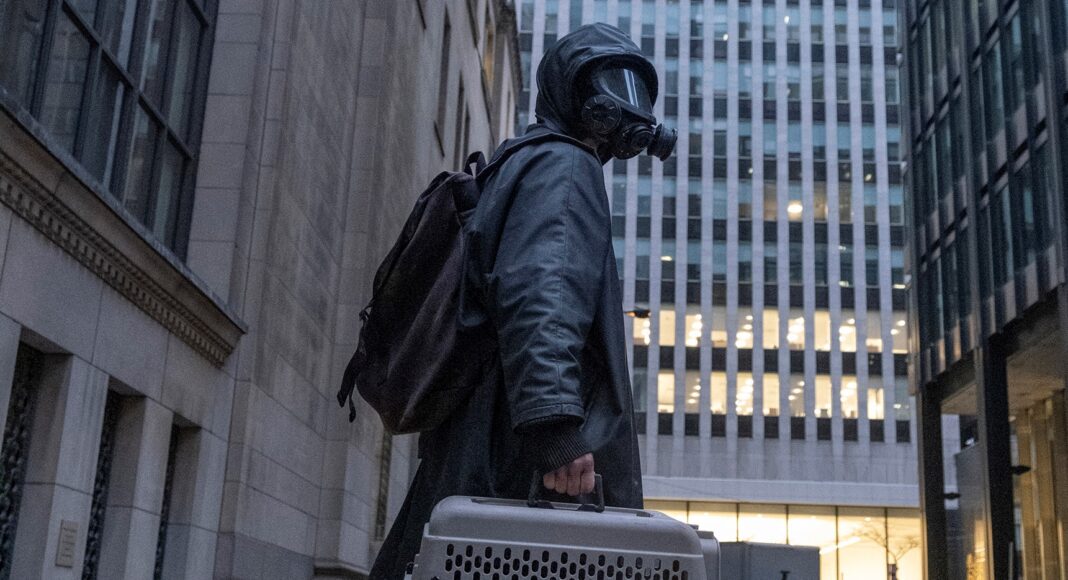 Y: The Last Man delivers a unique twist on descending into an apocalyptic world, and it’s one that made for a fascinating examination in the comic, but the adaptation somehow leaves most of the meat off the table in favor of oversimplified characters and adherence to the idea that ultimately everyone is just a different brand of crazy.

The show kicks off with the sudden, unexplained death of every mammal with a Y chromosome, except Y (Yorick – Ben Schnetzer) and his pet monkey Ampersand. No one has answers about anything and with the sudden death of half the population, the world largely descends into chaos. Senator Jennifer Brown (Diane Lane), who happens to be Y’s mother, becomes President, and the show drifts between a variety of stories. Soon enough, a mysterious Government agent, Agent 355 (Ashley Romans) makes it her mission to protect Y, taking him searching for a doctor who might have a way to find answers, or at least a future, if she’s still alive.

It’s a show with a powerful hook, and it’s impossible not to see that its strongest potential has a lot in common with the first seasons of The Walking Dead. As things jump from Y and 355, to the President, and to Y’s sister, who doesn’t get along with her mother, what’s compelling is what’s revealed about who people become. Y, an everyman, though perhaps an especially complex blend of entitlement and idler, is ill-equipped to survive, mostly by virtue of his competing incompetencies. 355, already seemingly a directed sociopath, is equally adrift and hypervigilant in a world now senseless but filled with threats.

Unfortunately, for everything that is brilliant and absorbing, there’s a competing emptiness within the effort. There’s a constant tension that the series plays out masterfully, fleshing out the surprising depths to be found in the simple uncertainty of a collapse in stability. Y clearly brings things to bear the most, because there is no telling how people will react to a man, but there are no zombies or evil warlords (yet) that might be waiting around a corner, there’s only chaos and not knowing what people will do with it, which is worse.

The trouble is that there is no character delivering a competing viewpoint to anyone else without simply being an opposite extreme. 355’s theory of killing everyone and asking questions later is met with Y’s bizarrely obtuse inability to recognize the situation he finds himself in, no matter how many guns are pointed at him. Each new obstacle is not so much a representation that tough choices are forced upon “regular people” as armageddon unfolds, but a revelation that everyone is a psychopath magically contained by the constructs of a functioning society.

President Brown offers up the one potential exception as she tries to ride the fence through the beginnings of a restoration of a functioning world. But, instead of being met with a variety of differing views on how to proceed (as you’ve got to expect), her only hurdle is the daughter of the recently-deceased President, Kimberly Cunningham (Amber Tamblyn), an extremely right-wing voice whose ideas and efforts are unimaginatively laughable under the circumstances.

It thus becomes an incredibly bingeable series, but one that also almost demands a fast-forward button. Y is the sort of hook that every series dreams of, and Schnetzer is on fire whenever given even half a chance, but the longer the series moves on, the less it seems to have a clear focus on what to do with any of the pieces it has set in motion. At one point Y is in a laundry for five minutes, only because if saying something once relays an idea, saying it 50 times must really drive things home. Far into the play, Y actually vocalizes the suggestion that he and 355 have to go back somewhere to get his phone, only so 355 can call him out for it, and the extent to which Y has to be disconnected from reality is jarring.

By the time we get to the doctor, the character is defined only in terms of an attempt to bring to bear the most extreme version of who such a person might be, and the actions and reactions of everyone are starting to break down.

Once the show hits somewhere around the ninth or tenth episode it’s going to land… somewhere. The players are finally going to move out of their prolonged establishment, and several of them are going be embedded in one system or another, as Y solidifies his position in a near-permanent run. When the show hits this point, it’s either going to abandon much of the “nutty for the sake of nutty” that feels so much like The Walking Dead endgame, or it’s going to be lost in it permanently. If it does, the characters will get a chance to realize the obvious potential at pulling audiences in, and trudging through Y’s impossibly long haul (assuming it stays true to the source material) will be must-watch television for years. For now, it’s addictive uncertainty.