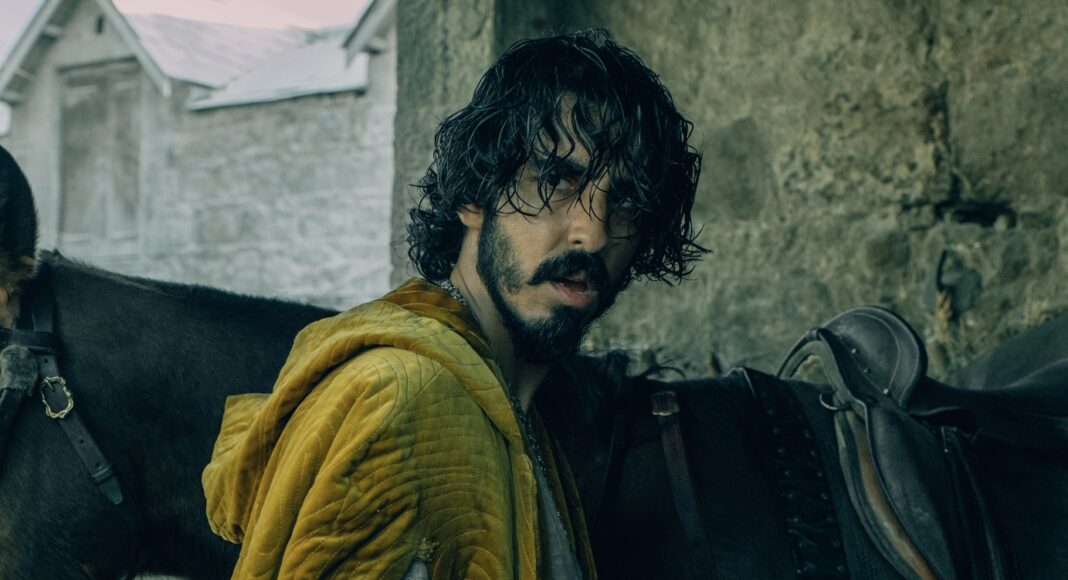 David Lowery is among the strangest directors working today and in all the best ways such a statement can be taken. He turns out efforts many wouldn’t dare, takes wild chances with impossible subtleties, and because the main similarity among his films is that they’re hard to sell, you can’t really pigeonhole him. There’s nothing about the Casey Affleck/Rooney Mara vehicle, Aint Them Bodies Saints that is going to prepare you for his reteam with that duo in A Ghost Story. Beyond which, you’re hard-pressed to convince anyone to watch the masterful A Ghost Story in the first place (believe me), and the more you tell them about it, the less likely they are to take the suggestion. Similarly, these films do not seem the sort of vehicles that might obviously come from the director of things like Pete’s Dragon, or The Old Man & the Gun.

The danger with such directors, who serve as their writers, is that the melding of the two roles can become dangerous. The same sensibilities that can inspire wonderful assaults on expectations and pull characters out of curious situations are the same sort of sensibilities that can take one of the most popular stories in the world, that people have generally believed held up rather well since the 14th century, and believe themselves to have found a better idea.

The story, insofar as any meaningful synopsis, remains largely the same with the titular Green Knight crashing Camelot to deliver a challenge to King Arthur. Gawain (Dev Patel), a young and inexperienced knight, and the King’s nephew, accepts and cuts off his head. The Green Knight saunters over to pick up his head, and, as the challenge dictated, reminds Gawain that in a year he will return the blow. Jump forward a year and Gawain sets off to find the Green Chapel to face the music. Along the way, Gawain is faced with several supernatural encounters that test his resolve (sort of) and spur his mind to wonder just what the hell he’s doing and why. Ultimately, he arrives at the home of a Lord and Lady, which manages to create its own bizarre test of his honor (more or less).

The film is a clash in so many senses that it boggles the mind, and while there is really nothing that happens that could be called “action,” it is nevertheless utterly mesmerizing in the delivery. Part ghost story, part throwback western, the film is often visually overwhelming simply for the sake of looking beautiful, ghastly, or abrasive, and it’s an achievement of its own. The ability to create mood visually is perfected here, and matched only by the story’s lack of competency in doing the same. It is a film that is stunning and breathtaking to look at, creepy and searing when necessary. A striking and cunning dissection of a nightmare and inner turmoil that manages to make you feel the dread of having the Green Knight bearing down on you, while perfectly delivering the knowledge that he isn’t after you at all. In this sense, everything you see in the film, including Patel’s ability to deliver a character so perfectly adrift in this torment and his own mind, is nearly without fault.

However, and in some effort not to spoil things, by the time we wind through the confusing morass of the actual story behind the design, we didn’t really get anywhere, and it turns out that little that went on drove us to any purpose. There is never any reason behind events, unless you bring them in with you, and the end exists only to not be the end you expect. Here, certain aspects of previous successes going wrong come wildly into play. Where efforts like A Ghost Story were praised specifically because they diverge so far from storytelling (especially in film) norms that you can’t possibly have any idea what’s coming, here that somehow becomes the idea that as long as the ending isn’t what the audience expects (because they know the story), it must be good, whether it makes telling the story meaningless in the first place, or not.

The Blu-Ray, much as is the trend these days, isn’t overly loaded with added value, but for fans of the film, the bonuses there are pay off. The main two special features are – Boldest of Blood & Wildest of Heart: Making of The Green Knight, and a visual effects feature that showcases a how many of the wilder visuals of the film made it onto the screen. The Blu-Ray also includes a feature that shows off the title design, and the theatrical trailer.

The Making Of is a solid effort that covers more facets of production that you might expect, and really the effort behind things is at least as impressive as the final product. Not only is much of the film wild fantasy that turns the film into an overwhelming project, but the creation of the gritty, ugly era of regular life isn’t any easier. There is more of breathtaking, moving visuals in this film than any ten movies these days even aim for, and getting things to come together, as relayed in the featurette, is worth learning about.

Similarly, the visual effects special is better than average for those interested in learning how it’s possible to get things to their final versions. The beauty here is that there is such a wide variety in play to create everything from dreams, ghosts, giants, and simply the land itself.

They are a real selling point for those interested in the details and I’d rate the release itself higher if only there was a little more available to dive into different aspects of the film, or hook a broader selection of fans.

Where to watch The Green Knight