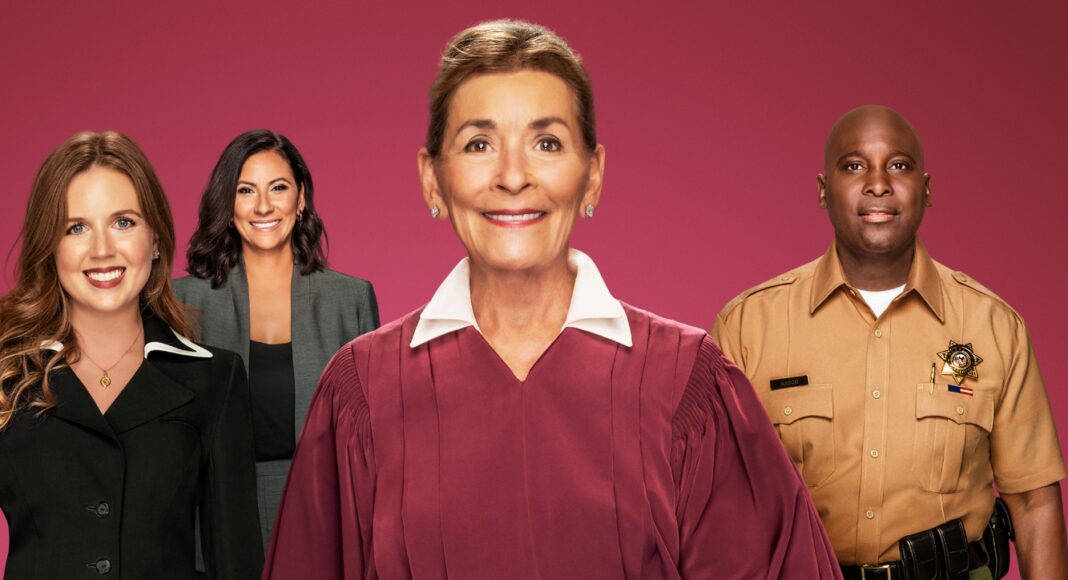 The story of how Judy Justice came to exist is a strange one, and while perhaps not in any real sense a relevant part of a review of the show, a review of something that has effectively already been on the air for 25 years is largely unnecessary to begin with.

Apparently, Judy Sheinlin wasn’t happy with something to do with the airtime given to her other project, Hot Bench, which was at least some part of her not wanting to continue with Judge Judy. After 25 years, you have to imagine that people would perhaps want her to be happy, but who knows exactly who is most guilty of being greedy in the situation. Ultimately, whatever the details are, despite a lot of money being involved, there wasn’t enough landing in the right places to make everyone happy.

Enter Judy Justice, an IMDb original that is, in almost every regard, the exact same show. When you’re dealing with an established cultural entity, you don’t want to change much, though you do want to tweak a couple of things in order to not be exactly the same. But one thing does stand out about the show, and I imagine that for any fans it has to leave a bad taste in one’s mouth, and that is obviously the absence of Bailiff Petri Hawkins Byrd.

The truth is, it’s hard to imagine Byrd’s absence generally, but the situation seems, from a fan’s perspective, somewhat uglier.

In an Entertainment Weekly interview, Byrd said he was never asked to do the show, but even that is almost to downplay things. As the final episode of Judge Judy came to an end, Byrd was forced to turn his attention to his wife, Makita Bond-Byrd, as she was about to undergo brain surgery. Bond-Byrd was a producer on Judge Judy. Byrd also said in the interview that he didn’t even know about Judy Justice until it was publically announced and that he assumed there would be some conversation with him if a new show was being put together. After his wife was through her surgery, Byrd called Judy in July, apparently still not having been approached in any way.

Curiously, according to Byrd at any rate, there wasn’t a lot of detail relayed to him and what there was seems awfully confusing. He said that she told him he wasn’t being asked to come on the project, and though he didn’t really ask why, she said that, “fundamentally, I was priced out as the new bailiff on her new show. My salary would have been too much. I was curious: How would she know? She didn’t ask me. She didn’t give me an opportunity to have accepted a lower salary.”

Meanwhile, Sheindlin’s granddaughter, Sarah Rose, is now a part of the show as “Law Clerk.” Her role is two-fold, judging by the first few episodes – 1) she sits alongside Sheindlin during the cases, so the camera can occasionally catch her looking for all the world as though this might be a hostage situation, and 2) she’s the person Sheindlin talks to in brief “post case” chats.

Seated on Sheindlin’s other side during the cases is our other new addition, Whitney Kumar, court reporter. Her role is more or less obvious, and equally obvious in its irrelevance, though by the fifth episode she does read someone’s words back to them.

Byrd has been replaced by Kevin Rasco, who, to this point, makes Byrd seem like a lippy chatterbox in comparison.

In all other respects the show is the same, except that we have no exit commentary, so I guess that’s another person not asked to return. Of course, the courtroom looks just slightly different, and Sheindlin now wears a purple(ish) robe, but other than that it’s the same.

The series rating simply reflects the fact that it is unrateable. If you’ve seen Judge Judy, you know what you’re after, and that’s what you’re going to get. The window dressing has changed, there are different faces, but you know where you are. The main takeaway is just that things are odd, and it’s hard to know how that will sit with those interested to tune in for a streaming version of a proven staple. Fans are fickle, and while a “fresh start” seems like a good idea, the deletions and additions (humanwise) are off-putting.