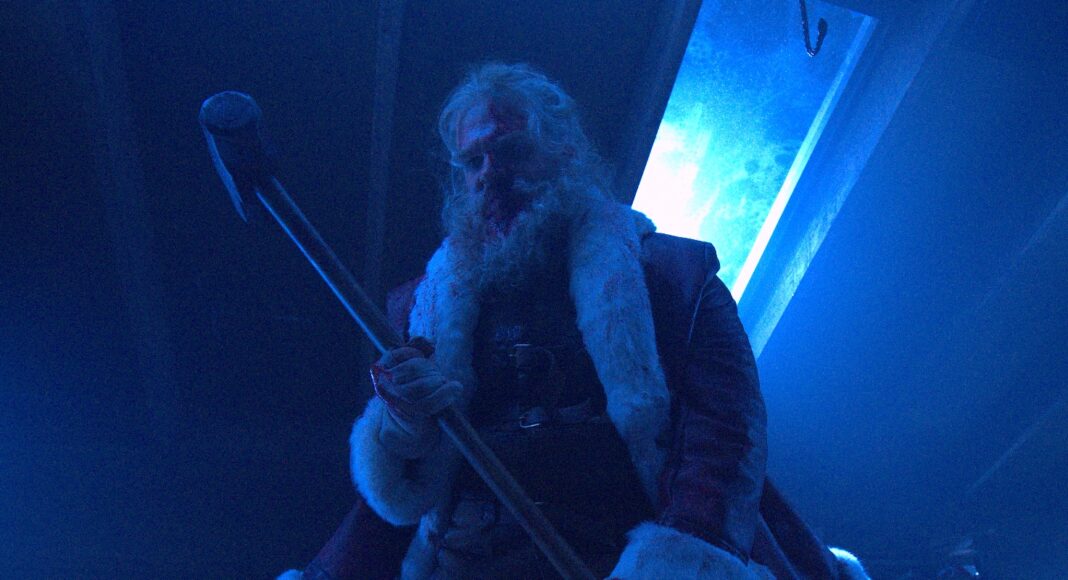 Violent Night seemed like the movie this year to suffer from unfortunate timing, and perhaps not the marketing push that I wish it had. Despite hearing about the film a fair amount, I’m not convinced that enough people who would definitely enjoy it managed to be made aware of just how fun this one is.

If you somehow haven’t caught it yet, you can find the trailer below and I’ve also included our podcast episode that includes a review of this one.

For some, unfortunately, Violent Night was probably easy to dismiss, being that some guy dressed as Santa Claus is involved with the spilling of a lot of blood, but don’t let anything turn you off to this one too quickly. If nothing else, it comes to you from the producers of Nobody and John Wick, and it has a lot more in common, sort of, with Die Hard than horror.

The movie is already available on Digital and lands on Blu-ray and DVD January 24th, and we’ve got a copy of the digital release available for you to win. Check below for the widget to enter to win a copy, and for more information on what the collector’s edition includes as far as bonus features.

From the producers of Nobody and John Wick comes VIOLENT NIGHT, available to own with bonus features on Digital January 20, 2023 and on Blu-ray and DVD on January 24, 2023 from Universal Pictures Home Entertainment. “The greatest Christmas action movie of all time” (CINAPSE) comes home in a collector’s edition that includes over half an hour of never-before-seen bonus content including deleted and extended scenes, a feature commentary, and behind-the-scenes featurettes delivering more of the movie for your Christmas collection.

When a team of mercenaries breaks into a wealthy family compound taking everyone inside hostage, they are not prepared for a surprise combatant: Santa Claus. David Harbour (“Stranger Things”) stars as St. Nick in the “wildly entertaining” (SCREEN RANT) holiday romp, delivering some serious season’s beatings to save the family and the spirit of Christmas.

With the purchase of VIOLENT NIGHT on disc or Digital, fans are eligible to earn points towards digital movies via the Universal All-Access Rewards program. Members can redeem their points for digital movies, swag and more!  For registration and details please visit www.MyUniversalRewards.com.

Are You Screening? Podcast Review