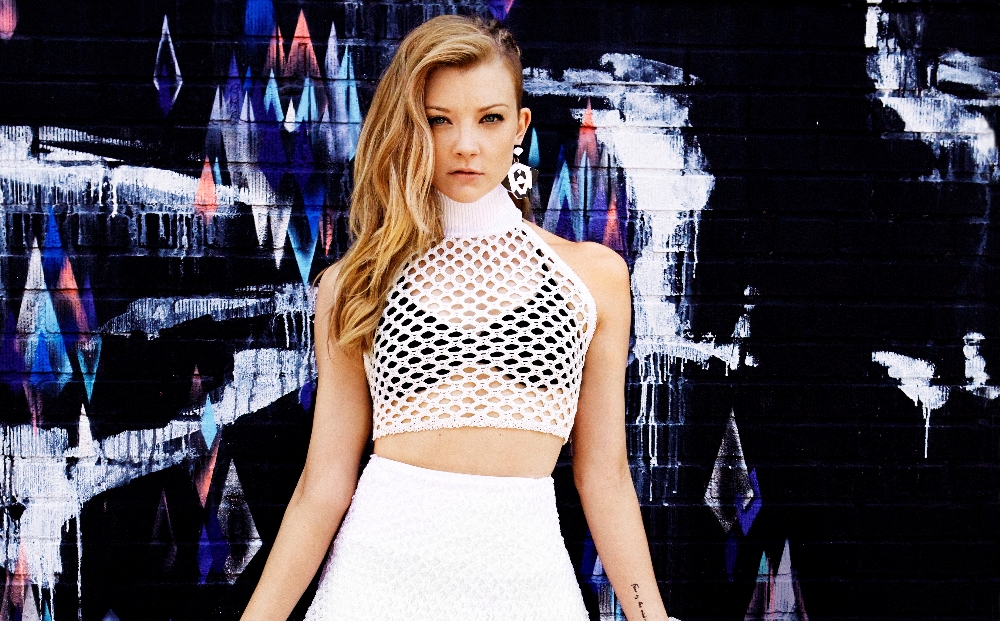 Some people may not know the name Natalie Dormer yet, but unless those people avoid screens at all costs (or don’t watch interesting things), they know who she is. She’s been Moriarty on Elementary, and has one of the coolest roles on Game of Thrones. She was Anne Boleyn on The Tudors, and, long story short, she’s everywhere at the moment. She’s also in a little number coming your way soon, The Hunger Games: Mockingjay Part 1 (she’s in Part 2 as well).

In the clip above you can catch her introducing her team.

She recently grabbed attention for shaving half her head, which she talks about with Cosmo in their full interview (see a couple of snippets below), and now, as she hits as Cressida, you’re going to be hearing her name a lot. She goes futuristic in her shoot for Cosmo, and her hair doesn’t seem to detract at all.

The interview covers a wide range of topics, and if you’re fan of The Hunger Games or GoT, you want to check it out. The issue is on newsstands now.

“Courage isn’t the lack or absence of fear – it’s overcoming it.”

On her dramatic new hairstyle:

“Shaving half my head was a strong look that meant I could go punkier with my style.”

On what makes someone stylish:

“Good style – regardless of fads – means the things that suit your body.”