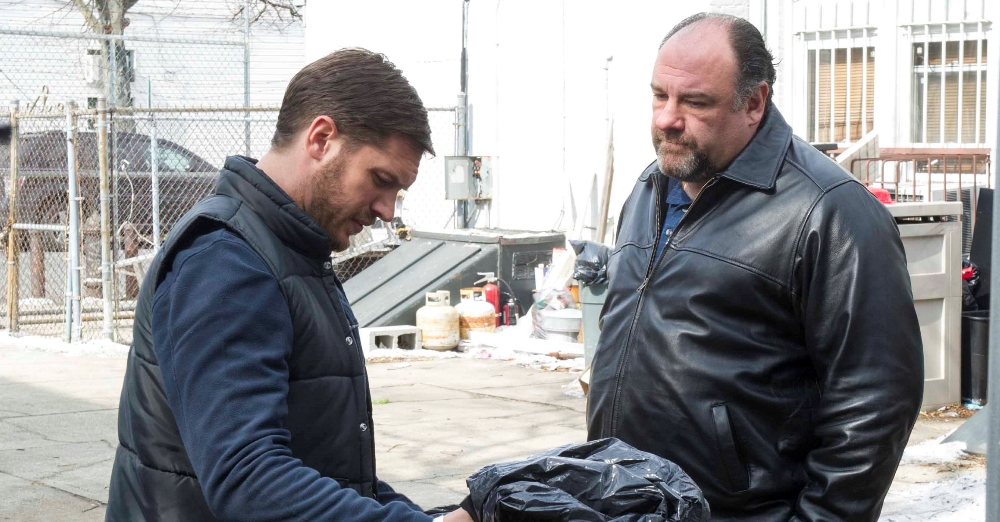 A film that didn’t get nearly enough attention, The Drop, is now available on Blu-Ray and DVD, and you can get your copy right here.

A powerful and intriguing effort full of the twists you’d expect from Dennis Lehane (Mystic River and Gone Baby Gone), The Drop stars Tom Hardy and James Gandolfini, both of them giving their best.

Enter to Win a Copy of The Drop Starring Tom Hardy 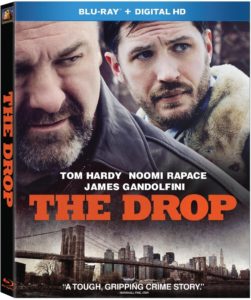 A phenomenal cast, including Tom Hardy and James Gandolfini, lead this gritty thriller about Bartender Bob Saginowski (Hardy) and his hardened employer Uncle Marv (Gandolfini) who must choose between survival and loyalty when they find themselves caught in a robbery gone bad, and on the hook for a mob debt they can’t repay.

Based on a screenplay from Dennis Lehane (MYSTIC RIVER, GONE BABY GONE), THE DROP follows lonely bartender Bob Saginowski (Tom Hardy) through a covert scheme of funneling cash to local gangsters – “money drops” – in the underworld of Brooklyn bars. Under the heavy hand of his employer and cousin Marv (James Gandolfini), Bob finds himself at the center of a robbery gone awry and entwined in an investigation that digs deep into the neighborhood’s past where friends, families, and foes all work together to make a living – no matter the cost. 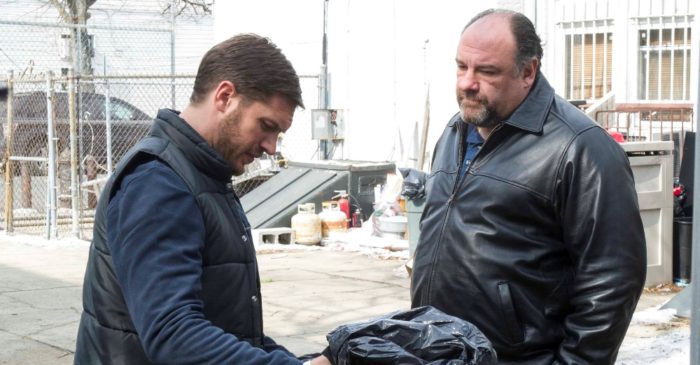 For a chance to win a copy of The Drop simply answer the question below using the giveaway widget:

a) Six Feet Under