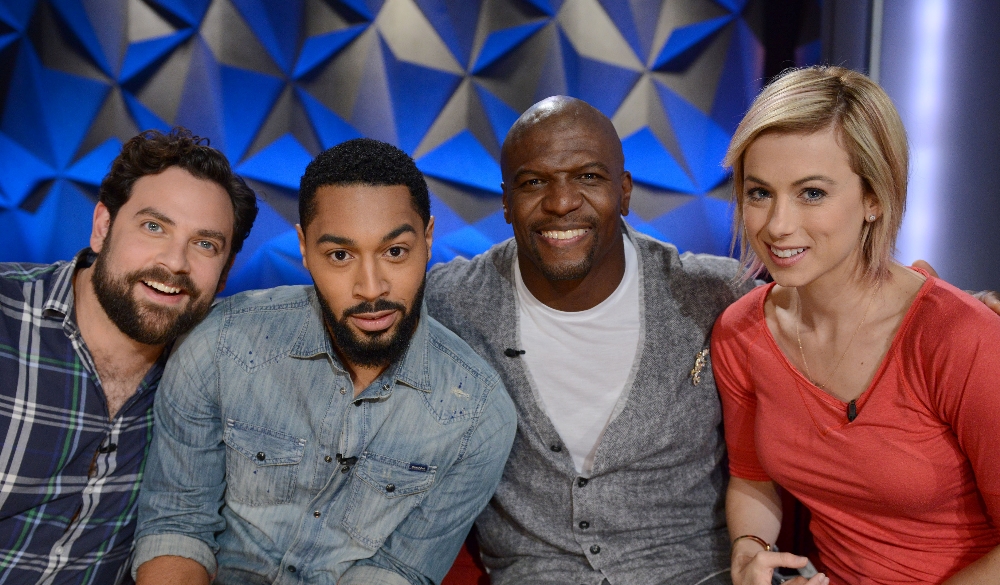 Any show that is going to have to be compared to America’s Funniest Home Videos is in for an uphill battle, but FOX’s new effort, World’s Funniest Fails, at least puts a bit of a spin on things.

Host Terry Crews (Brooklyn Nine-Nine) invites three different guest comedians to the show each week, and the hilarious video viewing is made into a kind of competition, and the comedians have to make the case for their favorites.

This week, Terry welcomes Tone Bell, Barry Rothbart, and Iliza Shlesinger, and at least some part of the show includes the above videos featuring people who are probably lucky to be alive.

Check out the clip, and don’t miss the show.

“Terry Crews is already a cherished member of the FOX family. He’s larger than life, quick on his feet and crammed with charisma,” said David Madden, President of Entertainment, Fox Broadcasting Company. “We can’t wait to see him interact with the funniest, most spectacular fails on the planet.”

“This show is going to be a blast,” said Crews. “Like everyone else, I find myself watching these viral videos with my kids and cracking up at the hysterical fails from around the globe, which is why I’m so excited to host WORLD’S FUNNIEST FAILS. It’s going to be non-stop laughter, fun for the whole family and I can’t wait!”

An irreverent one-hour series, WORLD’S FUNNIEST FAILS is inspired by the hit YouTube channel, FailArmy, which showcases the best “epic fail” viral videos in the most entertaining ways possible. Each week a panel of celebrities and comedians will analyze the videos which have exploded across the internet, with the goal of awarding one with the ultimate “Fail of the Week.”