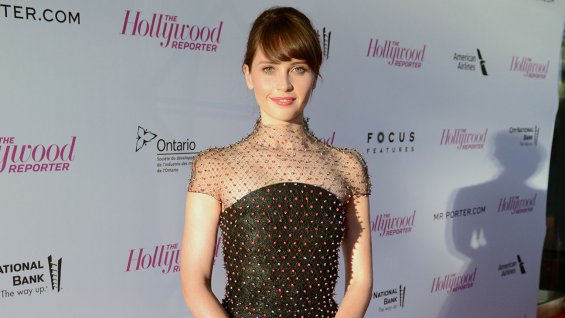 Hardly anything is creating as much buzz lately as the Star Wars franchise in general, and what seems to be of even more interest is anything to do with the stand-alone films.

According to The Hollywood Reporter, Felicity Jones is moving straight from award season darling to Star Wars lead. It’s quite a move from The Theory of Everything, but I have the impression that she could do something very interesting with the role and considering that Chris Weitz is now writing the screenplay, the whole affair could turn out even more brilliant than you hope.

Probably the most interesting thing about the films is really how little is known, and how little anyone wants you to know. Especially if we take the idea of the franchise-wide films, and the question of how far and fast is Disney going to run with this?

At any rate, I’m curious what you think about this bit of info. Is she a good fit? Keeping in mind that it’s hard to tell where exactly she is supposed to wedge herself into the universe, of course. And, what’s the thought on the stand-alone films, especially as relates to how many of them there may be? Are we confident that Disney knows what they’re doing? Is it good news that George Lucas recently said that Disney threw out all of his idea (so don’t blame him if it sucks)?

After a series of hush-hush readings and tests, Lucasfilm and Disney have zeroed in on Oscar-nominated actress Felicity Jones for the female lead in the Star Wars stand-alone film.

Jones is now in talks to star in the project, which Gareth Edwards is directing and Chris Weitz — who was just hired last week — is writing. Weitz is replacing Gary Whitta, who penned the first draft.