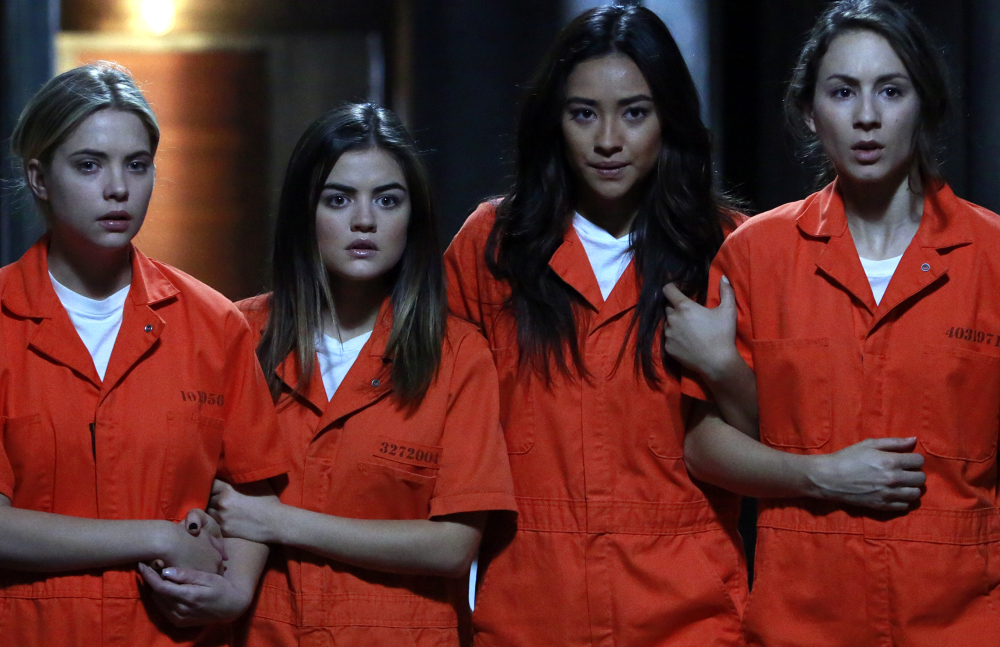 All good things have to eventually stop stringing you along, and the secrets are coming out on Pretty Little Liars. The ABC Family superhit is slowly getting down to details, and next week that is going to mean the much-hyped #BigAReveal… which, let’s face it, could mean anything.

One thing it means for certain is that the Liars are going to do their best Orange is the New Black impression, which, oddly enough actually provides a more meaningful use of the term, because the Liars will be styling it up.

Don’t miss this season finale, which is clearly going to have people talking for quite a while.

I’m not saying I know the details of the secrets and/or reveals that will be coming, but it’s going to be one that will have fans reeling.

“A” WANTS YOU TO COME OVER FOR A PLAYDATE IN THE SEASON FINALE OF “PRETTY LITTLE LIARS,” AIRING TUESDAY, MARCH 24th AT 8:00 PM ET/PT ON ABC FAMILY

[quote_box_center]
It’s the beginning of all the answers with the biggest “A” reveal ever (#BigAReveal) in “Welcome to the Dollhouse,” the explosive season finale of ABC Family’s hit original series “Pretty Little Liars,” premiering Tuesday, March 24th (8:00 – 9:00 PM ET/PT).
“A” has always had fun playing with Aria, Emily, Hanna and Spencer, but now “they” have the biggest game to date in store for the girls. As shocking secrets come to light and the biggest clue to the “A” mystery is revealed, is this one plAydate the Liars can survive?