Syfy has made it official, and “cancelled” Helix, but that might be an overly dramatic word to use to describe the fact that the show won’t have another season. Besides, much as fans don’t like losing a show, this seems like the kind of title sci-fi, and Syfy, fans should be happy was around at all.

I visited the set of Helix before the first season, and while details were slim at the time, it was impressive that Syfy was putting the thing together at all. Not only was it a fairly massive effort (only to be made bigger with the second season), but it had a lot of elements that would make any sci-fi fan happy, coupled with a lot that seemed pretty screwy to those not particularly interested in the genre.

Sure, that’s Syfy‘s game, and you have to expect them to do some serious sci-fi, if they’re going to do anything at all, but my initial take on the show was just that it was risky. It was all kinds of serious, which is dangerous, and it had characters that did a lot of flip-flopping from good to bad, and vice versa, or at least “maybe they’re good now.”

So, the show won’t be back, which can’t be much of a surprise if you watched the entire second season, but at least it was there.

Let’s face it, the show was going a bit goofy already. 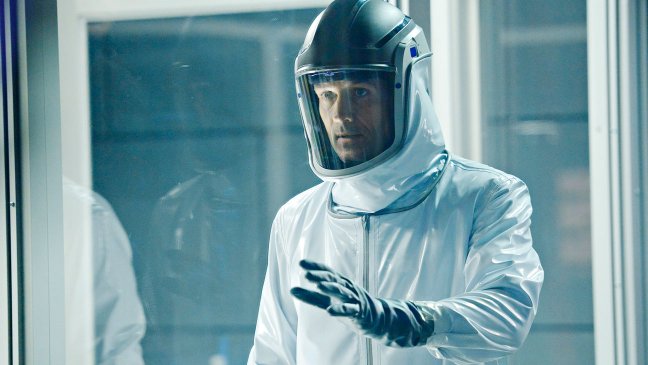 Syfy has opted to cancel the drama after two seasons, The Hollywood Reporter has learned.  The Sony Pictures Television drama, starring Billy Campbell, hailed from executive producers Steven Maeda and Ron Moore, and finished its sophomore run earlier this month.