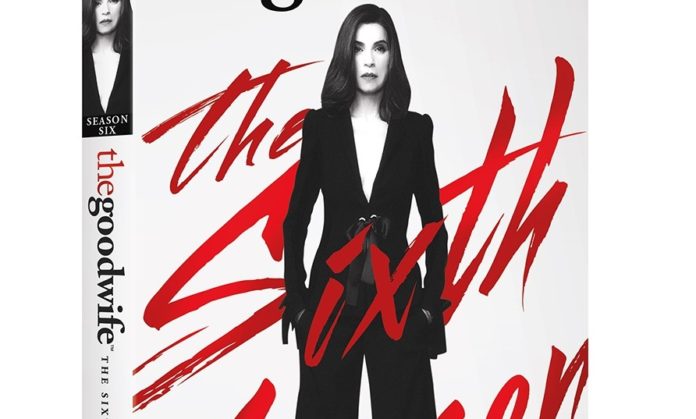 The Good Wife was always a show that had to keep adjusting itself, because it has to keep maneuvering around its own premise. Unless we keep reintroducing a connection to the husband, the name of the show loses any relevance.

Surprisingly, though often guilty of drama for its own sake, the show managed to pull audiences along for five seasons without becoming too lost in trying to figure out how to keep the plates in the air. Certain aspects of the fifth season may have people wondering about that statement, but overall the show offered a strong balance of premise, episodic content, solid guest appearances, and enough drama to lock you into the characters.

But, after the fifth season little of that remains true. The show quickly begins to feel like a contractually-obligated sequel that no one really wants to be involved with anymore, and by season seven about the best thing you can call the show is a soap opera.

The sixth season does have its moments, though most of the drama feels like something cobbled together at the last minute. This is especially true when it comes to the long-arc efforts, which feel mostly like we’re just throwing things out again because they’ve worked before. That obviously continues into the final season.

The biggest plays throughout the season are Alicia’s (Julianna Margulies) run at the office of State’s Attorney, and Cary’s (Matt Czuchry) potential time behind bars as prosecutors try to railroad him into a conviction for something they know he isn’t guilty of, in order to get him to testify. The meat of the season is taken up with Alicia’s campaign, and the always turbulent world that is made up of trying to figure out who has what job at “the firm,” and who is trying to stab who in the back.

This season also includes the definitive moment when the show jumps the shark, because it is so perfectly the embodiment of giving up.

The overall death spiral of the show aside, there are some solid moments throughout, and David Hyde Pierce helps to hold the season together. The episodic casework is mostly interesting, though the show kicks up its “ripped from the headlines” approach to subject matter.

It still isn’t quite in the place of the show’s final season, which is a void that only die-hards will come out the other end of, but it’s clear that the show is losing itself, and mostly because it just isn’t sure where to go.

The show has some fairly solid bonuses, but they aren’t quite what fans might hope for. Episodes include some deleted and/or modified scenes, but they don’t really deliver much in the way of helpful addition. They are mostly time decisions, and don’t give you a lot of meat.

You also get a few featurettes, and while one at least explores the show with some depth, they aren’t going to give fans the feel that they got a lot out of them. “The Temptation of Alicia Florrick” is a bouncy, 20-minute recap of the season, and it highlights some of the better moments and guest stars, but doesn’t offer much to those who just watched the whole season. “Follow the Leader,” is a stronger effort, providing some behind-the-scenes views on theories the season hope to bring into play. The featurette is nicely put together, and gives the opportunity to look at things from a variety of angles, including a bit of exploration into just how the production manages to come together. It’s sharp, and fun, but it doesn’t have quite the bite that fans of such a show may hope for.

Beyond that, the DVD includes rather a good gag reel, and a quick look at Margulies and Christine Baranski, which doesn’t actually provide much that you probably didn’t already know if you’re around enough for the sixth season DVD.

The bottom line is that this is one that is only for people who were trying like hell to pre-order it while it aired. It’s a show that is already only around to milk an audience, and while guilty pleasures have their place, it’s rather disappointing to see a pretty decent show scramble around as though they never understood the show they had.