You have to wait until January (which means that Kevin Costner/Octavia Spencer vehicles are becoming a new year tradition), but Hidden Figures looks to be one that is going to deliver in a way that several similar films haven’t quite managed.

Something of a departure from director Theodore Melfi’s debut, St. Vincent, Hidden Figures (based on the book by Margot Lee Shetterly) tells the story of the three African-American woman who worked at NASA, and were integral to the launch of John Glenn into orbit.

If the trailer is a fair judge, the film offers a worthy look at the challenges inherent in living with the triple stigma of not being white, being a woman, and being smarter than everyone else. While the story focuses, apparently, at various times on aspects of life that showcase the bigotry aimed at any one of these, where the film looks to shine is in relaying the stark contrast between how these women’s lives might have gone if only they’d had sense enough to be born white men.

The best notes in the trailer, which hopefully aren’t all of the film’s best moments, revolve around simply suffering through the way other people think “at” these women. A film that actually connects with a deeper, more realistic look at such issues, while being entertaining, and telling a story that pulls you in, is something we ought to be able to see a lot more.

Check out the trailer above, and poster below, and mark January 13th on your calendar. 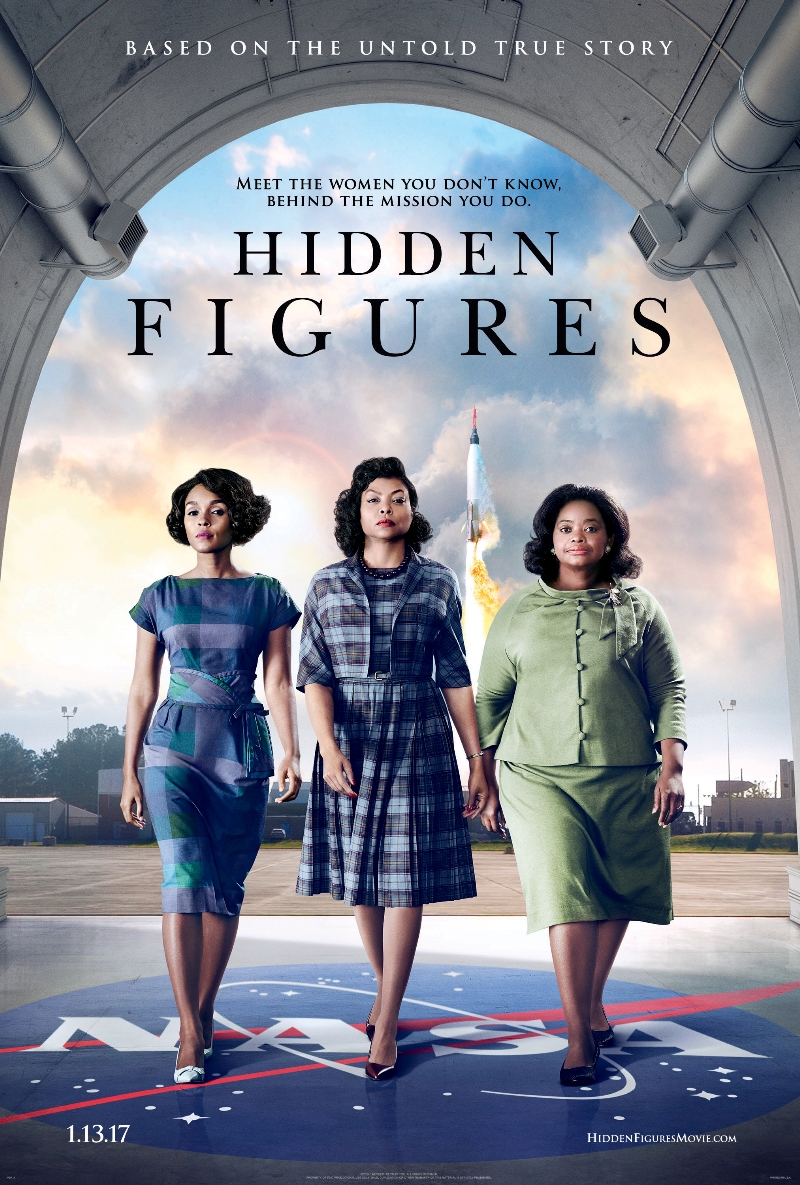