Max Steel hits theaters October 14th, and the new trailer offers up a film that feels, perhaps appropriately, like a throwback.

In an age when audiences find themselves forced into conflict over their response to the endless reboots, sequels of long-dead franchises, and adaptations that ultimately make no sense (because things like The Lego Movie come along and blow them away), Max Steel still might not be the toy you were expecting to see on the big screen.

There may be a lot of reasons for that, including the fact that the line of toys doesn’t seem to take up half an aisle at your local store, and that the original TV show came out in 2000 (with a direct-to-video movie coming out almost every year since, until the show’s reboot in 2013), but the name isn’t in heavy rotation on any of the channels your kids force you to watch.

If you’re like me, it might be a bit of a surprise based on the fact that despite having three kids, and thus spending far too much time in the toy/kid show world, you never heard of the thing. Ever.

That said, while the movie looks a little corny, it also appears to be a pretty solid effort for the right age-range.

For the uninitiated, Max McGrath (Ben Winchell) is just your average teenager, but his father wasn’t ordinary, and Max is discovering that he has some odd, energy-related powers. Just as things start getting a little out of control, and Max has no idea what’s going on, he meets Steel, a techno-organic, flying gizmo/alien who has apparently been watching Max grow up.

Steel is here to help Max understand how to use his powers, and the two can ‘combine’ into Max Steel, and it’s a good thing they can, because someone needs to save the planet from the alien invaders.

Take a look at the trailer, and let us know what you think of this one. 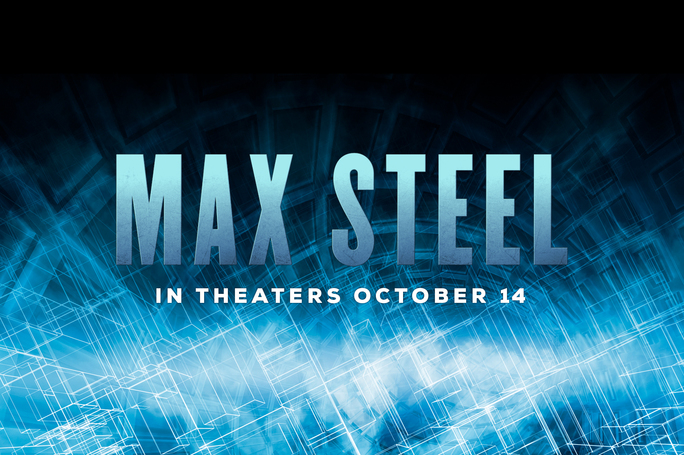 16-year old MAX MCGRATH has just moved to a new town – and is desperately trying to fit in – when he discovers his body can generate the universe’s most powerful energy. Unbeknown to Max, a slightly rebellious and hilarious techno-organic extraterrestrial named Steel has been keeping an eye on him, hungry for his super-human energy.  When they finally meet, they discover that together they form MAX STEEL, a superhero possessing powerful strength beyond anything in our world.  These two unlikely friends soon find themselves hunted by sinister forces who want to control Max’s powers, as well as an unstoppable enemy from another galaxy.