Based on the book by James Patterson and Chris Tebbetts, Middle School: The Worst Years of My Life is the next in the line of films featuring kids taking control of their world.

Rafe (Griffin Gluck) is heading into middle school, and he finds himself in the world of Principal Dwight (Andy Daly), who runs a tight ship, and has an overabundance of rules. Rafe and his friends put together a plan to break every rule Principal Dwight has, but he has to keep his plans, and rule-breaking, from his mom (Lauren Graham).

While this one looks like a lot of fun for younger audiences, its success probably rests on Daly’s shoulders, and he’s a great choice for the role. The “bad guy” in such a film can easily go too cartoony, and though Daly could probably aim for that if he wanted to, his work on things like Review have shown that he can balance over-the-top.

Take a look below, and let us know what you think of this one.

Middle School: The Worst Years Of My Life Trailer 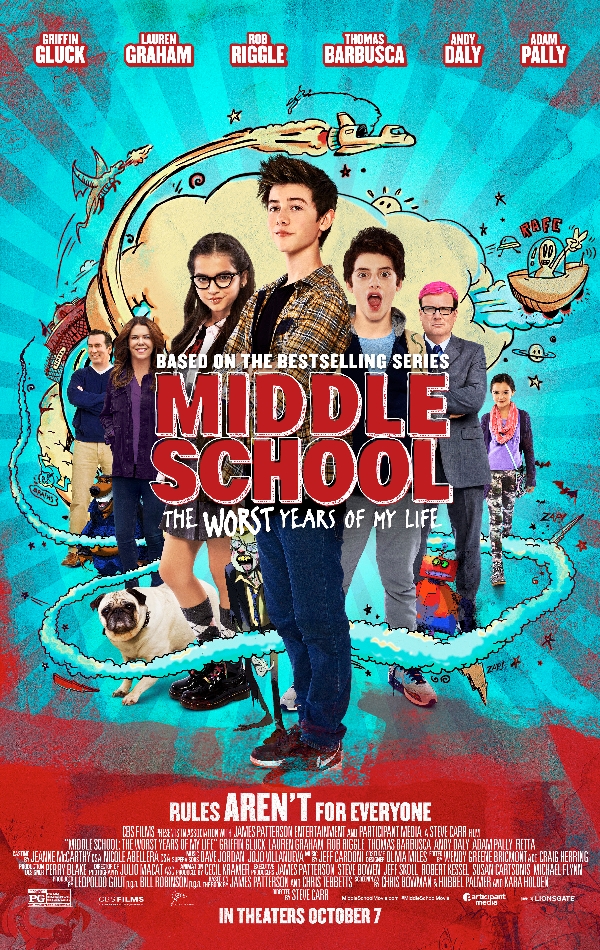 Rafe has an epic imagination…and a slight problem with authority. Both collide when he transfers to an oppressive, rule-crazy middle school. Drowning in do’s and don’ts, Rafe and his scheming best friend Leo hatch a plan to break every rule in the school’s Code of Conduct.

It’s Ferris Bueller meets Home Alone as their battle with Principal Dwight explodes into chaos both real and imagined. But Dwight displays his own fiendish creativity, striking back at the rulebreakers. Meanwhile, Rafe struggles to hide his misbehavior from Jeanne, the straight-A, overachieving girl of his dreams, and at home, his mother’s boyfriend — a moochy, jack-of-no-trades named Bear — threatens to become his stepfather.