The movie industry has long since moved away from films that I think of as “somber yarns.” These are films that, while they likely have many happy moments, are generally sad and slow-moving, and aren’t exactly about anything. Last year’s Brooklyn is a good example, and I suspect that at least a small part of the reaction to that film is by way of its being, at this point, so out of the ordinary.

Mr. Church is such a film as well, and Bruce Beresford (Tender Mercies, Driving Miss Daisy, Evelyn) is a director who has just the right history to know how to meander through a young woman’s walk down memory lane.

Charlotte, who goes by Charlie (Britt Robertson – Tomorrowland, Mother’s Day), narrates our way through a story that started when she was 10, in the early 70s. She woke up one day to find Mr. Church (Eddie Murphy) cooking in their kitchen, and her mother, Marie (Natasha McElhone), explained that he would be working for them for a while.

Marie’s ex-lover, a rich, but married, man that remained in love with her, despite Marie having ended things when she found out he was married, hired Mr. Church to cook for them for an indefinite amount of time. It turns out that time was to be (about) six months, which is how long Marie’s doctors predicted she would last in her battle with cancer. Mr. Church was guaranteed a lifetime salary for the job, and it ended up lasting quite a bit longer than six months. 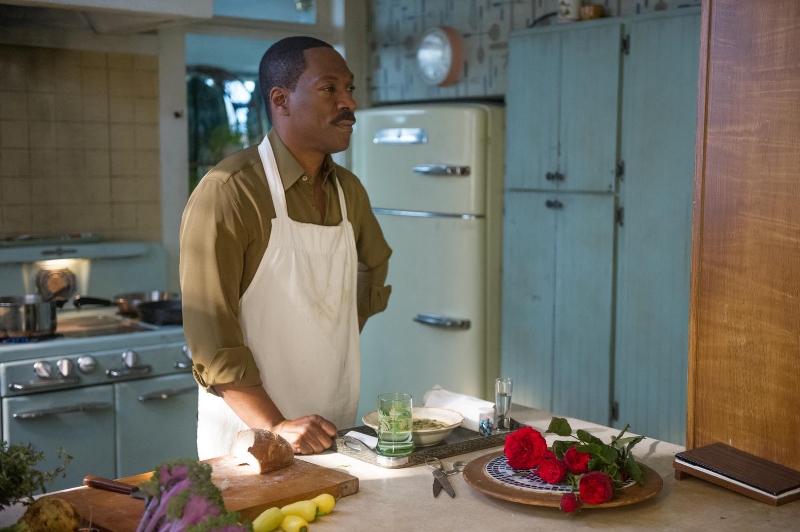 Mr. Church (Eddie Murphy) is largely a quiet man, and though his role is spelled out repeatedly as simply having been hired to cook for Marie and her daughter, it’s not quite that simple.

The story weaves and jumps through Charlie’s life, landing at the times that stand out the most, taking us along as Marie’s condition worsens, Charlie starts college, and so on. It often has the flavor of a story Charlie is telling about her life, not simply to recount events, but as an explanation. A kind of “coming to grips” with who she is, and why.

As Marie’s health declines, Charlie’s ability to deal with the fact that her mother exists at all naturally takes a downward turn as well, and Charlie has to look somewhere. Mr. Church becomes a father figure, who doesn’t just expand her palate, but builds her love of reading, jazz, and perhaps accidentally turns her a bit nosy.

And then, life just keeps happening. No grand designs. Just a look at the weird things that happen to people, and what that turns into, both because of, and despite them.

Though the script sometimes goes too far to the side of melodrama, both by offering elements far too simplistically, and pushing problems unnecessarily far, it doesn’t overly weaken the effort. There’s melodrama that exists because a writer/film thinks audiences are pretty stupid, and there’s melodrama that exists because a story is about a mother with cancer and there’s only so much you can dodge. 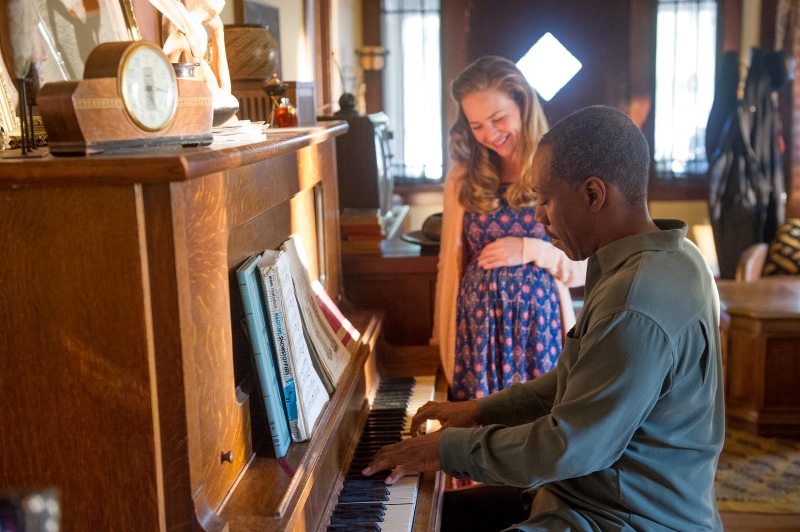 Leaving out the few scenes that suffer the worst from this, Murphy is brilliant, in a role that he’ll never get enough credit for. Not only does Murphy come into things with many considering that he hasn’t done anything (that wasn’t voice work) worth mentioning for nearly 20 years (and rightly so), but the role is simply one that has no flash about it, and is easily overlooked.

His position reminds of Ian McKellan’s in the recent Mr. Holmes, which was probably his best performance in a while, and that’s saying something, but was similarly the kind of role that just didn’t stand out as especially difficult, and no one really talked about it much.

Here, you can’t help but wonder what we might have now if Murphy magically had this role 20 years ago.

Even better than Murphy is the film’s overall, powerful purposelessness. It isn’t even about any of the things it’s about, because who someone is can’t actually be the subject of a story. They can be the subject, but that just comes down to telling a bunch of things they did, and that’s not who they are.

Charlie realizes, apparently, that one of the most important people in her life, didn’t actually do anything at all… except show up.