Kurt Russell, who is about to hit theaters in Deepwater Horizon, opens up to GQ about a surprising number of topics related to his career, including his inability to call himself an actor, and his insistence that he has no regrets about any of his films. He also admits that he didn’t “play the game,”

You can grab a couple of bites below, but it’s a fascinating article as someone who has been in the game since they were 11 opens up about the vast experience that actually comes with that much time in the game, and he’s very frank about the highs and lows of his, or any career, and what those swings mean for you.

Check it out below. 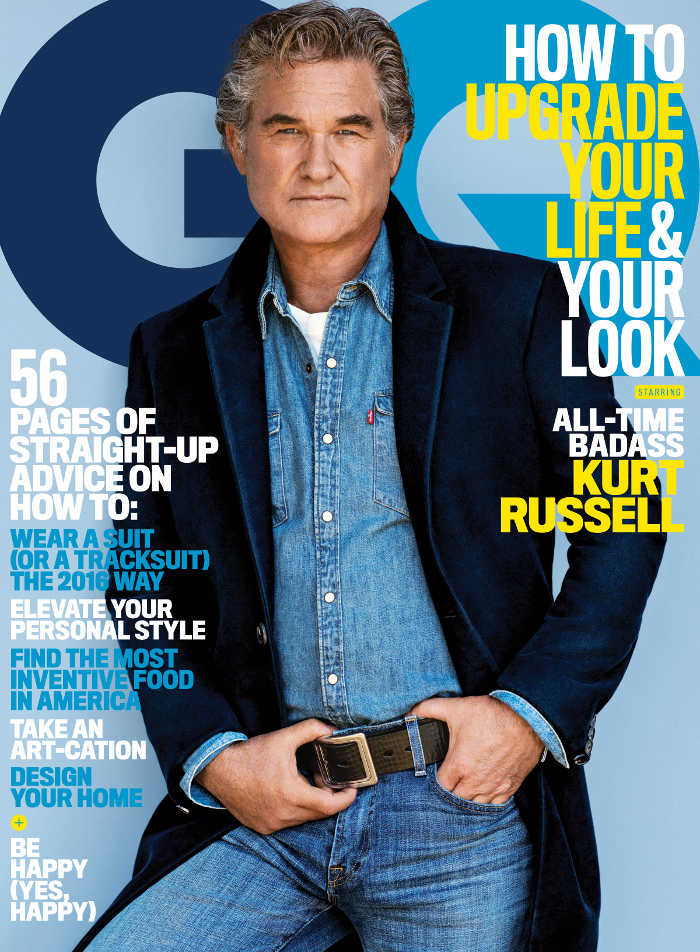 “I used to write ‘writer,’ ‘ballplayer’––anything but ‘actor,’” Kurt Russell tells GQ’s Chris Heath about his inability to identify as an actor––so much so that he couldn’t even list it on his passport. “I couldn’t do it until I was about 40 years old. I just couldn’t. I was, ‘That’s not what I am.’ It was stupid, because I’d been starring in television shows and movies since I was 11. It was just me.” This month, Russell covers GQ’s ‘How To’ issue along with James Marsden and Lin-Manuel Miranda.

In 1979, Kurt was nominated for an Emmy for Elvis (he lost). In 1984 he was nominated for a Golden Globe award for Silkwood (he also lost). “There are some specific reasons for that under-appreciation thing,” he reflects, “and I’m responsible for them. Did I play the game correctly? You bet I didn’t! I did not. I didn’t go to the events. I didn’t say the right things to the right people. I said the wrong things to the right people.”

To read the full story, with photos shot by Sebastian Kim, go to: http://www.gq.com/story/kurt-russell-profile