Jason Bourne was one of the highlights of the summer this year, and the film is hitting soon on Digital and Blu-Ray/DVD, including 4K Ultra HD, and it’s one of the definite buys of the next few months.

The release has plenty of bonuses, including several BTS featurettes, and while it doesn’t have a commentary track, it looks to have quite a lot of interview coverage that possibly manages a lot of what we might get from one anyway.

Take a look at all the details below, and mark your calendar. 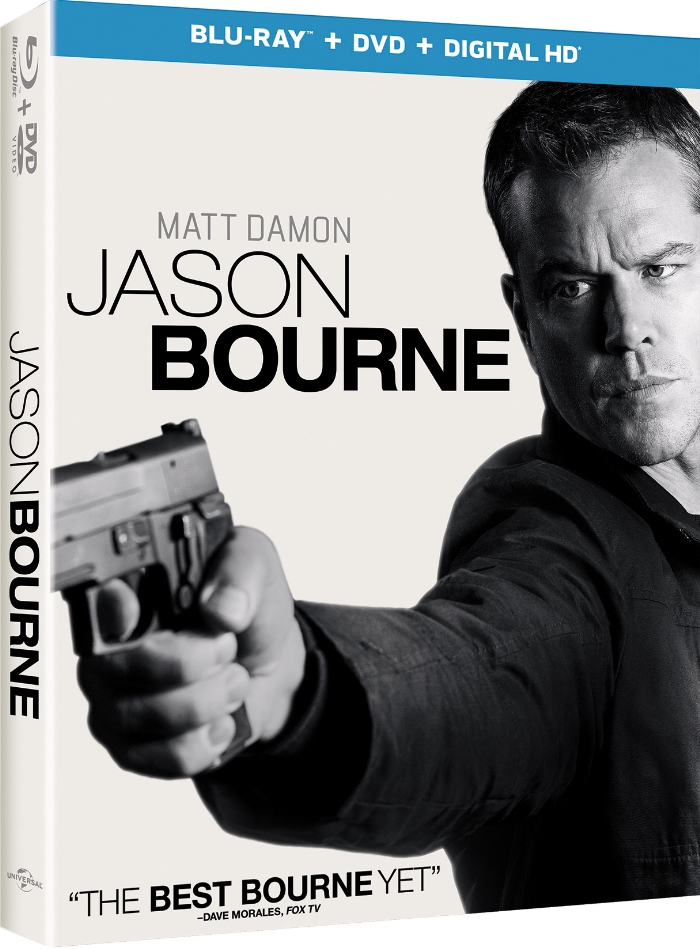 Matt Damon (Bourne Franchise, The Martian) is back and this time it’s personal in JASON BOURNE, the action-packed fifth installment of the blockbuster franchise, coming to Digital HD November 15, 2016 and 4K Ultra HD™, Blu-ray™, DVD and On Demand on December 6, 2016, from Universal Pictures Home Entertainment. Nearly a decade since fans last saw the former operative, the explosive return brings Jason Bourne into a whole new era, revealing key secrets about Bourne’s origins to a new generation.

The 4K Ultra HD™, Blu-ray™, DVD and Digital HD include commentary from the cast, filmmakers, stunt performers and fight coordinators, plus behind-the-scenes features that take viewers inside the making of the film’s intense stunt choreography and one of the wildest car chases in Bourne history.

“Matt Damon returns to his best role ever,” touts Max Evry (COMINGSOON.COM) in JASON BOURNE. Paul Greengrass, the director of The Bourne Supremacy and The Bourne Ultimatum returns for the next chapter of Universal Pictures’ Bourne franchise, which finds the CIA’s most lethal operative drawn out of the shadows. Damon is joined by Academy Award winner® Alicia Vikander (Ex Machina, The Danish Girl), Vincent Cassel (Black Swan, Irreversible) and Academy Award winner® Tommy Lee Jones (Captain America: The First Avenger, No Country for Old Men), while Julia Stiles (The Bourne Supremacy, The Bourne Ultimatum) reprises her role in the series.

The film will be available on 4K Ultra HD™ in a combo pack which includes 4K Ultra HD Blu-ray, Blu-ray™ and Digital HD with UltraViolet. The 4K Ultra HD™ will include all bonus features on the Blu-ray™ disc.
4K Ultra HD™ is the ultimate movie watching experience. 4K Ultra HDTM features the combination of 4K resolution for four times sharper picture than HD, the color brilliance of High Dynamic Range (HDR) with immersive audio delivering a multidimensional sound experience.

Jason Bourne features DTS:X® and DTS Headphone:X™ immersive audio technologies that replicate and convey the fluid movement of sound to create a richer experience than previously possible by moving sound to precisely where the mixer placed it.