Either way, once Bryce Dallas Howard and Robert Redford were attached, you had to take notice. But, in a year that was filled with bizarre disappointments, the movie didn’t take off the way it deserved.

Well, it’s headed home, and if you didn’t catch it in theaters, you really want to mark your calendars, because I know a lot of younger audiences didn’t get a chance to see this, and they’re going to love it. The release is pretty loaded with bonuses too, but in keeping with the current trend, they may not be things that younger viewers are especially interested in.

Take a look at all the info below, and make sure this one doesn’t slip past you, especially with the holiday season approaching. 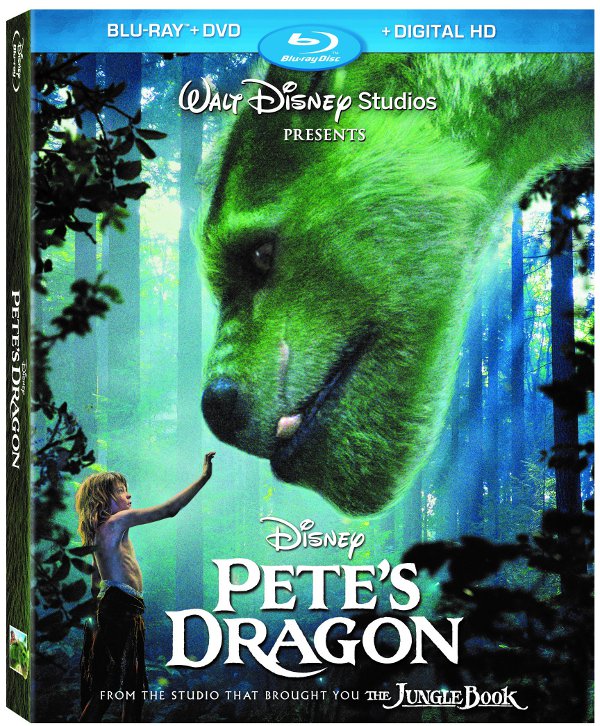 Families will be captivated by this magical movie followed by never-before-seen bonus features, including a revealing look at director David Lowery’s personal diary kept during the filming of “Pete’s Dragon,” the design process behind the lovable dragon Elliot, deleted scenes, a tour of the film’s breathtaking production location of New Zealand, audio commentary by filmmakers and actors and hilarious bloopers.

“Pete’s Dragon” stars Bryce Dallas Howard (“Jurassic World”) as Grace, a forest ranger in the Pacific Northwest who happens upon 10-year-old Pete, played by Oakes Fegley (“This is Where I Leave You”). Oona Laurence (“Southpaw”) is Natalie, the 11-year-old daughter of Jack, a lumber-mill owner played by Wes Bentley (“The Hunger Games”). Karl Urban (“Star Trek”) is Jack’s bumbling brother Gavin and Oscar®-winner Robert Redford (“Captain America: The Winter Soldier”) portrays Mr. Meacham, an old wood carver who delights the local children with tales of a fierce dragon.

The film is directed by David Lowery (“Ain’t Them Bodies Saints”) from a screenplay by Lowery & Toby Halbrooks based on a screenplay by Malcolm Marmorstein and produced by Jim Whitaker, p.g.a. (“The Finest Hours”), with Barrie M. Osborne (“The Lord of the Rings: The Fellowship of the Ring”) serving as executive producer.