Films based on video games aren’t just difficult to pull off, they’re working against the bias that suggests that they’re pretty stupid even in theory. Warcraft, for example, wasn’t great, but wasn’t nearly as bad as the general reception it received. Assassin’s Creed doesn’t have quite the same hill to climb, but it’s still saddled with a goofy premise by general audience standards.

Without bothering to give away the film’s intro (because it’s fun), Cal Lynch (Michael Fassbender) finds himself, more or less, at the mercy of a group that has come up with a way to let you relive the memories of your ancestors. Said group has discovered that Cal is descended from the last person known to have held the Apple of Eden, a device from an alien race that has the power to remove people’s free will. Cal’s ancestor, Aguilar, had the device somewhere around the 13th century, in Spain.

The group holding Cal, the Templars, have been battling Aguilar’s group, the Assassins, for centuries. They’ve been fighting, basically, for control of the human race, and the key has long been the Apple, and otherwise information and objects concerning aliens, and who knows what. buy imodium onlinehttps://bethanyhealthcare.org/wp-content/languages/new/imodium.html no prescription

Cal is forced into the Animus, the machine that makes it possible to find out what our ancestors knew, and/or where they hid tiny, steel balls, and we watch as Aguilar fights his way through a critical point in history, thus capturing the Apple in order to hide it where no one has managed to find it for hundreds of years.

Unfortunately, for the Templars, things aren’t as simple as plugging a guy into a computer and extracting information. Sofia (Marion Cotillard), the brains behind the Animus system, is being pushed by her father (Jeremy Irons) to get the information as quickly as possible, but Cal has to go through the experiences to much the same extent as really living them, and it’s pretty taxing on his mind and body.

As if this weren’t bad enough, being in the Animus is giving Cal a lot of information, and he’s starting to believe he may not be in the hands of the good guys, no matter how hard Sofia tries to sell the idea. buy imuran onlinehttps://bethanyhealthcare.org/wp-content/languages/new/imuran.html no prescription

The film is rather demanding as well, relying on a lot of high-flying spectacle and intense fight scenes, but it’s surprisingly worth it despite a fair number of flaws. It’s hard to say that it really brings to life the fun and spirit of the game series, but it’s a better effort than most. Fassbender and Cotillard are better than you’d ever expect from such a title, and they’ve rejoined their Macbeth director, Justin Kurzel. You have to wonder if this weren’t some trade off contract, because Macbeth isn’t about to rake in the cash.

The main problems with the film are closer to the mainstream flaws than most video game titles. It’s sort of boring in places, which it can’t afford, and delivers the plot simplistically at times. It doesn’t disappoint by negatives so much as it just leaves positives lying around untouched, and it has the feel of a story that would have been better served by fewer (and better) writers. buy isofair onlinehttps://bethanyhealthcare.org/wp-content/languages/new/isofair.html no prescription

There’s a great feel to the film, when it’s in the past, which means we’re in the stealthy, parkour-esque action that makes up the meat of the game’s play, but the film wants to spend far too much time in the cutscenes. It’s largely laborious, and only the work of the impressive cast can keep you involved to an extent that pulls you into the next fight.

Worst of all, the film dangles a lot of information from the game world, but it only serves to make you wish you were seeing a lot more of the history of the two groups, instead of the somewhat laughable modern Templars and non-existent Assassins. I suppose we’re saving something for the sequel, but if you save too much that helps your world feel fresh and exciting, you risk not getting there.

Assassin’s Creed has a few too many balls in the air and doesn’t pay enough attention to any of them, but it’s fun and semi-cerebral action that’s worth the effort.

Those who come into the film with some interest will only be mildly disappointed, but it has little to offer as a conversionary tool. 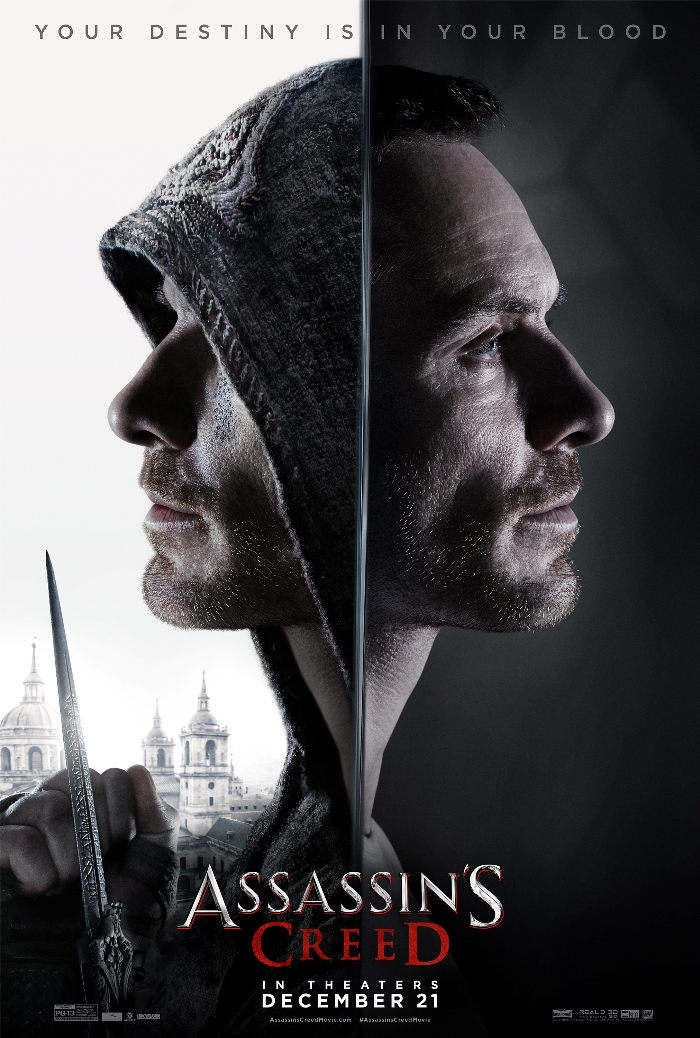