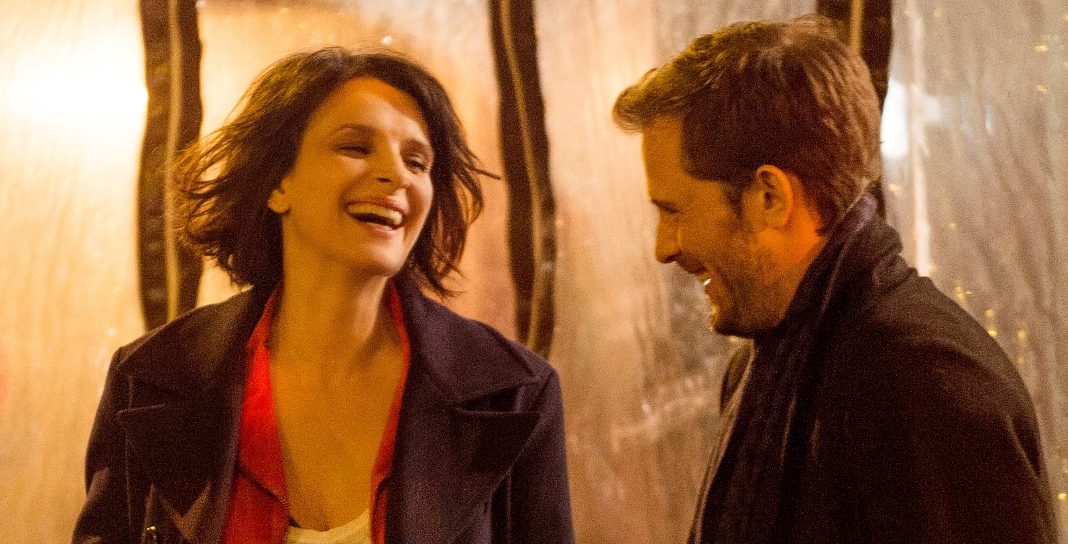 There’s something quintessentially French about a couple, having only met very recently, who argue their way from the “drop off car” scene to the “nightcap” to the bedroom. At least, that’s what Let the Sunshine In unwittingly relays, because while it is delivered as a sequence of events that is perhaps humorously outside the realm of what we should be hoping for to kick off a relationship, it isn’t offered up as atypical in any sense that might detract from its realism.

French or not, by this point in the film we are solidified in an understanding that the requisite perspective needed to facilitate this sort of exchange is exactly who Isabelle (Juliette Binoche) is at this point in her life. An aging artist in a relationship with a married man (Xavier Beauvois), Isabelle is looking for more out of life… and love. When a dalliance with a handsome artist (Nicolas Duvauchelle) doesn’t turn into the something more she expects, it helps to trigger a kind of “life state” panic attack.

Let the Sunshine In is a unique sort of film, and one that really has no story, which makes it something impossible to pull off without Juliette Binoche. She gives the sort of performance here that leads to you catching yourself about to call her and yell, “What the hell are you doing?” That delivery, where you don’t simply accept the character, or relate to her, but know her, is as rare as a film that will boldly deny providing anything to argue is its plot. Unbeknownst to the audience, at any point during its run, this is a movie that is undertaking the most impossible task in the world of cinema… delivering an epiphany.

Early on in the film Isabelle wonders why she can’t just find love, and why it can’t be real, and in doing so she exposes herself far more than she knows. She’s going to keep doing it too, both in her effort to examine herself and by her inability to approach herself as a subject from a different perspective. Through conversations with friends and lovers, and, occasionally, tortured rants at the landscape in general, Binoche delivers a haunting and haunted character who is both enigmatic and all too familiar. She has a charm that is inescapable and absolutely necessary to walk us through to the film’s wonderfully exhausting end.

Let the Sunshine In, while a damning exploration of the viewpoint society builds into women, has nothing to offer beyond its bumper-sticker title, but that’s actually the key to its magic. It’s fairly easy for an audience to respond to Isabelle’s solemn frustration with love in general. After all, she’s doing it wrong. But, what does that mean, and what exactly is she doing wrong? “Don’t date married bastards,” seems like a rule you could get behind, but it only gets you anywhere if it’s the actual disease, and not just a symptom. Besides, it isn’t as if Isabelle didn’t know that rule, or no one ever thought of it before.

At her wit’s end, and with three or four men she’d like to be in love (or something) with, Isabelle seeks out a psychic (Gérard Depardieu) who eventually gives her the advice that, we are led to believe, changes her life. Here the movie offers us the challenge that is in large part the reason there are stories at all. The advice she receives only means anything to her because she’s lived her life, been down her road, and now you have as well. It isn’t, of course, that the fortune cookie offering really means all that much, but when she really looks at it, amid her ongoing struggle to really look at herself, it is so easy to see that it is exactly what she hasn’t been doing, and why that’s her problem.

Let the Sunshine In is harsh, gritty, filled with doubt and despair, and has no real interest in convincing you of anything, except simply by being. Like all beautiful things.