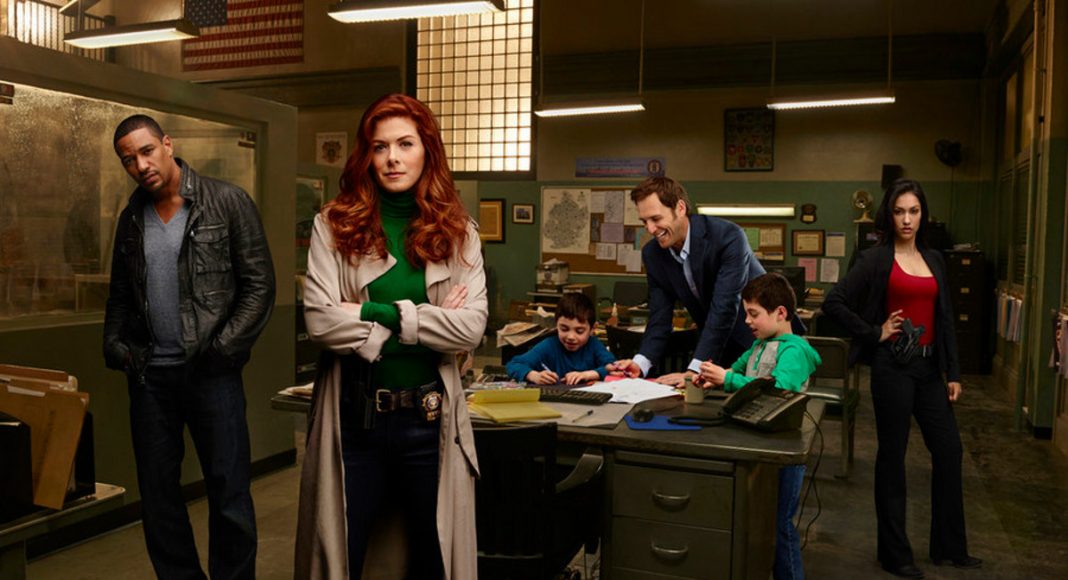 The Mysteries of Laura Review

The aftermath of a long-running show isn’t an impossible hurdle to overcome, but it’s a tricky one, and Debra Messing is about due for another success.

Unfortunately, the best case scenario for The Mysteries of Laura involves a large enough demographic that is looking for a mix of soap opera and crime drama that leans heavily into the guilty pleasure realm. That might not actually give a fair account of the show, especially because a certain number of series that are on the air now, and doing quite well, could be thought to fall into that realm themselves. The Mysteries of Laura demands we go further than we’re used to, even in thinking of a television show as being a certain kind of ridiculous, and in this case what we’re looking for is akin to Scooby Doo showing up in a modern-setting romance novel.

I have to admit that I haven’t seen Los Misterios de Laura, the Spanish series this was adapted from, but I have feeling that – A) it’s a pretty good show, and B) no one involved with this show really gets that one.

The real problem with The Mysteries of Laura is that much of it is clearly hyperbole, but it is hyperbole as put forward by people who don’t understand how to effectively use the device. Just to throw out one point, you can’t do hyperbole halfway. With all the inanity running through the show, it would have to either pull back hard, or go all the way toward something like Devious Maids (which is a great show – at least through the first season). When you try to be part hyperbole, and part… God knows what else we’re going for here, the whole thing falls to pieces, and then it just leaves you wondering why the show doesn’t end with the murderer saying, “And, I would have gotten away with it too!” By the way, he very nearly does anyway.

The story follows Laura (Messing), a detective who is also mother to twin boys, and in the process of getting a divorce from her husband, who is a lieutenant at another precinct. The series is meant to explore balancing her home and work lives, while they insist on becoming more and more entwined. She isn’t in a great place, even imagining the woes of her circumstance as already described, when we meet her, because she’s trying like hell to get her husband to sign the divorce papers, and her twins were just kicked out of pre-K for dozens of offenses.

The excessive magnification of Laura’s life starts with how messy her car and house are, and jumps straight to the ludicrous behavior of her children and her husband. We’re trying to connect with working mothers (and I’m going to say fathers), and we all know that we don’t get our cars detailed very often (read: you found a coffee cup the other day from a place that closed six months ago), and sometimes our kids are less than perfectly behaved. But, Laura’s car isn’t just messy, it doesn’t actually have room left for any other people, and her kids aren’t “high energy,” they’re making that kid from Problem Child look like a choir boy. Laura’s husband isn’t your typical guy that we’re sadly getting divorced from (partially because he has to have some redeeming qualities, because he’s going to be around a lot), he’s an amalgamation of an assortment of “Men Suck Because” diary entries.

This isn’t necessarily the kiss of death on its own, even though all of these elements are hard to watch, but when the show also tries to spin itself toward a somewhat serious investigation, the combination is unpleasant, and isn’t entertaining. Of course, that case eventually flies off the rails as well, leaving us wondering how the episodic crimes are going to develop in the future, but we’re supposed to take things seriously between snippets of Laura’s children peeing on each other (as possibly the least embarrassing thing they do in the pilot), and her drugging them with cough syrup to knock them out during an interview with the head of a new preschool.

Messing is actually doing the best she can here, and has some entertaining moments when the show finally delivers the one-liners that are clearly the motivation for filling in all the ridiculousness around them, but these come at points when the show practically goes animated, and certainly wishes that it could be.

It’s hard to wrap your head around the fact that writer Jeff Rake (Boston Legal) is behind this one, because he has the ability to make this into something worthwhile, even if he is likely serving mostly as executive producer with Joseph McGinty Nichol.

All that said, there is some chance that this one could back its way into a passable market share, and thus stick around for a while, if there are enough people looking for a new guilty pleasure to relax with. You’ve got to be able to write off the fact that the show is pretty sure that if you’re watching, then you’re pretty stupid, but there is some entertainment value available to those who aren’t overly committed to paying attention to what they’re watching. Also, if the cases going forward are anything like the one in the pilot, this one could build a fair share of hate watchers.