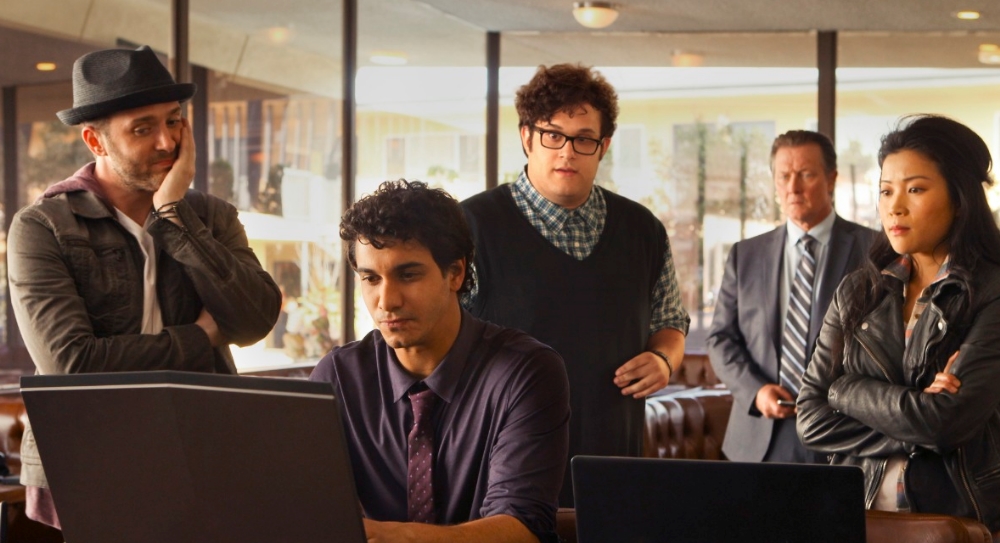 Scorpion, at least in its general design, may feel similar to a host of other shows that focus on geniuses, and it suffers from the inherent flaw of all such shows, it isn’t written by geniuses. While certain recent efforts (The Mentalist, Elementary, Lie to Me) have managed to bridge the divide between focusing on geniuses and being understood by non-geniuses, Scorpion dodges the difficulty altogether, largely by doing virtually nothing that seems smart (except saying that everyone is smart at you repeatedly), and by actively showcasing the utterly ridiculous.

It’s a sad turn of events really, because there could be an interesting show here. Certain elements that look at the inherent difficulty of being a genius, especially those involving a small boy, would make for a worthwhile exploration, but the show is more interested in laughable bits of derring do. More importantly, it would seem that we’re convinced that no one would understand anything smart people do, or at least that no one wants to watch them, because anything related to all the “smart” we keep mentioning is only the result of a quick explanation, and as little actual effort as possible. Being an “engineering genius” means flipping the only five switches in a transformer box, being the “genius genius” (I guess) means describing whatever hacking you’re doing, most of which is apparently accomplished by typing for about five seconds, and being a “psychological genius,” well… is just a fairly goofy thing to suggest exists, but manifests in spouting a few bullet points from Psychology for Dummies once in a while. 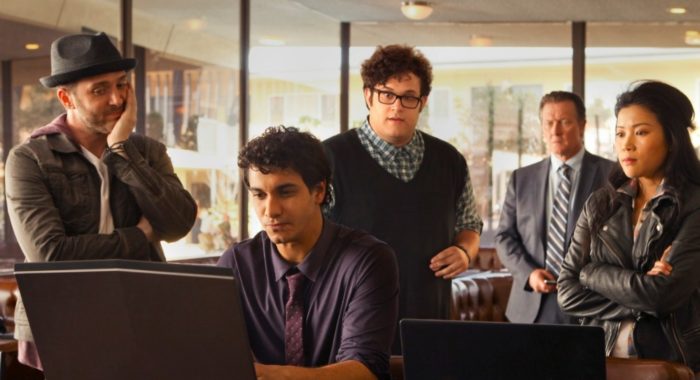 The worst part about this truly odd spectacle is that, with the exception of Katharine McPhee (who is no better off than she was in Smash), the actors all show that they could deal with better material. Elyes Gabel, who stars as O’Brien, pulls some depth out of even the oddest demands of the script, and occasionally looks as though he is desperate to roll his eyes during the show’s less interesting moments. Eddie Kaye Thomas and Ari Stidham are especially wasted, despite the fact that their charisma could hold viewers. The little these two are given to do only highlights how much they deserve more, and ought to be working characters that are less one-note.

As we move through the establishment of the our genius crew, we only get them as a list of social dysfunction and geek speak. The prevailing attitude is one that suggests that as your I.Q. goes up, your ability to act like a “human” goes down. This is coupled with the show’s belief that you’re too stupid to understand anything these characters might explain, so we’ll either gloss over everything very quickly, or we’ll “explain it in a way that you can understand.”

The save for this one might come if it lasts through about six episodes. Once it gets over trying to establish things, it might be able to settle into its characters, and build some life into them. Especially considering the idea that the show is keen to refer to itself as “based on a true story,” we’re going to have to see a lot more character, and a lot less of ridiculous stunts with airliners lowering computer cables to cars driving under them by way of a pilot climbing down the landing the gear. There’s a realism gap the show needs to work on (I hope), and it covers far more than the downright silly stunts.

The end result is that it becomes hard to know who the show is targeting. If you’re looking for bizarro action, or nonsensical “displays of genius,” you probably aren’t after the rest of the show’s efforts, or any effort purporting to be about a group of geniuses. It’s a disjointed mess at this point, and one that almost seems to be trying to distance itself from audiences. That said, there are some decent moments, and, as I mentioned, there is a potential show a couple of months out that won’t look a lot like this, but could be solidly entertaining.