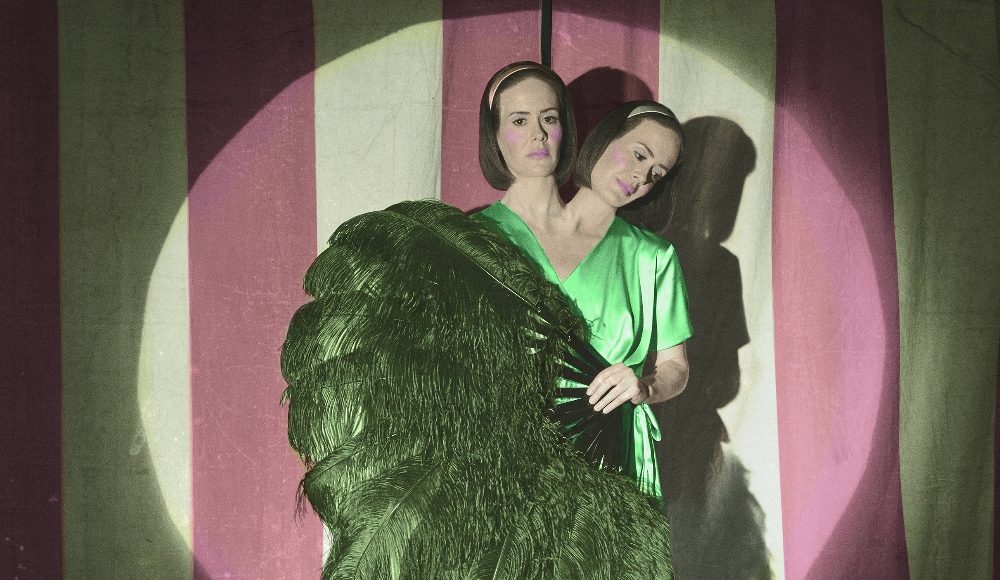 American Horror Story, like a number of other shows in recent years, is at this point more involved in a certain gamification of television content production than anything that is especially similar to story construction. While the usual course is that shows either kick off with this sort of theory in mind, or slowly succumb to the allure of an easy ratings/effort ratio, AHS, because of its “season” format, gives us both. The first season, while solidly in the campy horror genre, laid out some interesting characters who were set on the stage of “some messed up shit is going to go down here.” It was not only in line with good horror films, though that means little to many, but it was also a fun maneuvering through psychological constructions. It was a bit crazy, but it was fun, and only required that you were up for a wild time, not that you were stupid.

The second season stayed fairly true to that model, but we could see things inching somewhat away from a story that had any “purpose,” and toward people sitting around a writing room trying to figure out what happens that will get people to yell, “Shut the F Up!” at their TV. Still, it was only a little off, and mostly another good time.

If you’re looking to know about Freak Show, Coven, and its comparison to the first two seasons, is all you need to know. Coven was a complete spin for the series, abandoning all effort, and moving into the realm of supernatural soap opera. A sort of suspension of disbelief gauntlet, the show jumped from one ludicrous plot point to the next, only pausing to show gross things for no actual purpose. It was not only lazy and self-mocking, it had nothing but disrespect for anyone who showed up to watch it. Naturally, the season finale was the most watched of them all.

If you liked Coven, you’re going to love Freak Show. 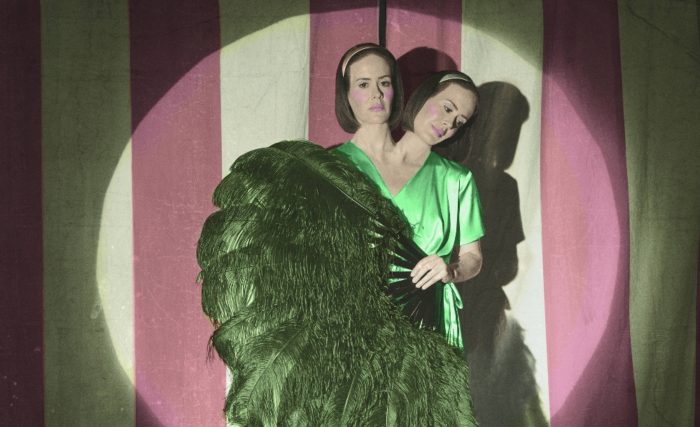 Oddly similar to an actual freak show, where staring at consecutive oddities does not imply a story has sprung into existence, the latest AHS installment is about as close to a random string of scenes as you’ll find on television. The story kicks off with a strange murder, and a laughably brave/stupid milkman. This event leads to Bette & Dot Tattler (Sarah Paulson), Siamese twins, ending up in the hospital. They are visited by Elsa Mars (Jessica Lange), who hopes to add them as the feature for her freak show that is currently set up outside the sleepy town of Jupiter, Florida. Because, of course. 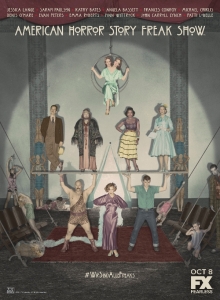 We are quickly introduced to many of the residents of Elsa’s entertainment venue, including: Lobster Boy Jimmy Darling (Evan Peters), and Bearded Lady Ethel Darling (Kathy Bates). There are also a variety of others, whether it’s the smallest woman on Earth, or a true geek, all manner of freak show staples are represented. We also meet a fantastically creepy clown who is slaughtering residents of the town, but the connection to Elsa’s little pocket of humanity is unknown.

We run quickly through a field of the most obvious and overused motivations available, which, much as was the case with Coven, are supposed to come off as fresh and interesting because we’ve tied them to things we don’t especially want to look at too closely. Elsa throws around the old “no one else will want you,” shtick to keep people in line, and Lobster Boy wants to leave home and find a better life. Throw a beard on the mother being told off, and suddenly “writing” is happening, as opposed to just a loose game of Repetitious TV Plots Mad Libs with freaks plugged into the equation. Where you aren’t sure what to do next, throw in more of the creepy clown so that we can watch someone get whacked.

Just as we’re getting the lay of the land, we meet Gloria Mott (Frances Conroy) and her son, who attend the show. Bizarre in their own special way, the Mott’s are rich beyond any point of purpose, and the uber-spoiled son wants to buy the acts and/or become part of the show itself somehow, simply out of boredom. It’s a boredom that will soon lead to any road out, no matter how silly that becomes.

The second episode brings strongman Dell Toledo (Michael Chiklis) and his wife, Desiree Dupree (Angela Bassett), a triple-breasted hermaphrodite. No, really. Dell is desperate to join the group, because he had to leave Chicago in a hurry, but he isn’t much for taking orders from women, no matter how desperate he might be. This naturally leads to new power struggles, sneaky plotting, and all manner of twists and turns… let’s say.

All that said, there’s no arguing with the fact that these gamification efforts work. It doesn’t matter a great deal that the overall is a string of increasingly moronic gags. What matters is that when Lobster Boy finds an “interesting” “use” for his deformity, which is meaningless to the plot, but invaluable as senseless shock, people are going to talk about it.

You almost have to respect Ryan Murphy’s movement toward a fairly open statement on television viewing habits and the public, because it is a freak show, with valueless, reality idiots pulling in massive ratings, but somehow I just can’t do it.