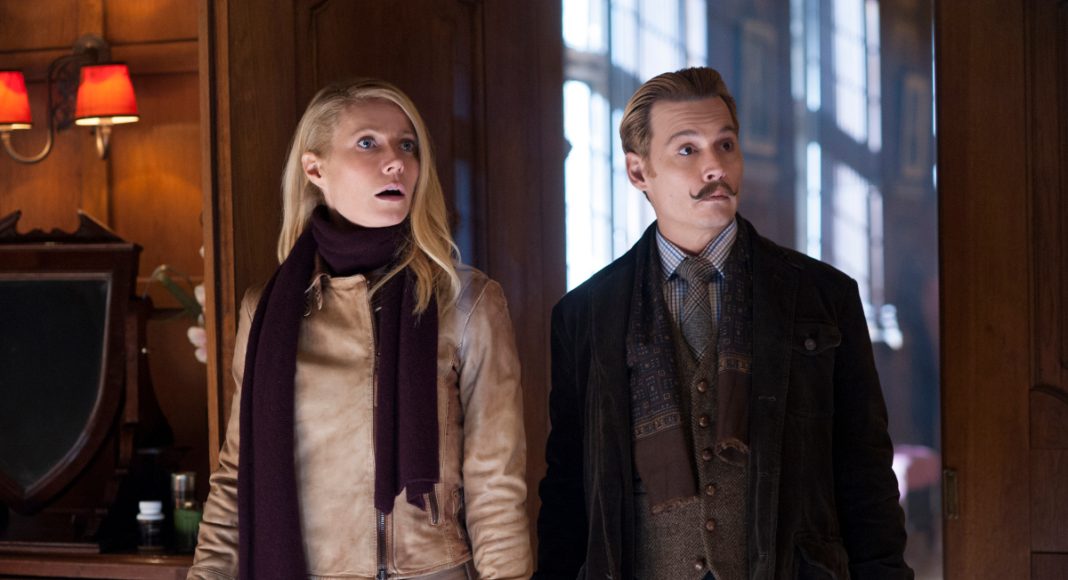 Mortdecai is ultimately a film held down by not knowing what it’s after. That means the film is planted firmly in the realm of being a theoretical failure, and you don’t overcome that easily. It’s either too silly,or not silly enough, and it seems a shame, because you’ve got a lot of talent here, and you have to guess that the novel (by Kyril Bonfiglioli) is brilliant.

Johnny Depp stars as Mortdecai, a difficult character to describe, largely because of the confusing aim. He’s got pieces of Clouseau in him, but he’s on the wrong side of the law, and his comedy draws far too much from his cleverness. He drops references in unusual circumstances that belie his education and upbringing, but he has a definite streak of foppishness to him as well, and at times he seems to be just plain idiotic.

In keeping with the idea of having far too much money, or at least being used to having far too much money, Mortdecai fancies himself an art dealer, and a certain breed of rapscallion who occasionally deals in things that oughtn’t be dealt in. The film kicks off with him on the wrong end of a particular deal, which means someone wants to do him an injury, but his manservant Jock (Paul Bettany) steps in, and hilarity ensues.

This leads to our learning that Mortdecai is about to become absolutely broke. Hence, we assume, his move to more and more unscrupulous dealings. This also leads us to Martland (Ewan McGregor), a member of some police force or other, and Johanna (Gwyneth Paltrow), Mortdecai’s wife. Actually, what led us to them was the murder of a well-regarded art restorer, who was apparently killed for a painting that has been missing since WWII and supposedly holds the secrets to Nazi treasure. Martland calls in Mortdecai, as his art underworld snitch, and Johanna shows up in the normal way of wives… Mortdecai finally returns home, new mustache in tow.

There’s a great deal of having run-ins with even more unscrupulous people, and a lot of Mortdecai showing off his whipped home life, and dandy-dipped constitution, which all screams of tweaking a Pink Panther plot, but almost as though by someone who didn’t like Pink Panther movies, and didn’t understand why they worked. That sentiment is oddly reminiscent of the Steve Martin remakes (which aren’t as bad as most think, but not as good as they ought to be), which makes me wonder if certain things just can’t be done by anyone else. You have to imagine that the book works, but it just isn’t translated into a film that even makes a lot of sense, much less delivers the comedy.

Mortdecai also ends up one of those rare movies that is fairly awful, despite making for a tricky time laying blame. The actors are all doing exactly what they are supposed to be doing, and in the case of Johnny Depp, probably far better than anyone dared to hope. It’s just that there’s no way to care that they are. The style is so hodgepodge, the comedy hoping to hit so many different notes, that it never even manages to get a laugh out of the lines that are actually pretty funny.

Worse, it overbuilds fairly obvious steps, and overplays scenes it doesn’t need to, which means things drag for quite in spots. Imagine the Pink Panther movie that’s just plain boring. You might think it’s stupid, or hate that theory of comedy, or think a valet jumping out of your closet to kill you is painfully nonsensical, but boring? Not for a second.