The Wachowski’s are pushing the limits on their own M. Night career path (which conveniently runs the same timeline), and Jupiter Ascending will hopefully mark the end of the tailspin, and we can finally say that 11 years is long enough to throw good money after bad.

The trailer for the film about a “regular Joe” girl from Earth, Jupiter (Mila Kunis), who gets wrapped up in the machinations of aliens who apparently control much of the universe, seemed to have hints at a return to what made The Matrix the kind of effort that would get people to throw hundreds of millions of dollars at you, but it has far more in common with the two sequels (and everything else they’ve done).

Worse, it has quite a lot in common with so many other films that you’d be hard-pressed to mention them all, and is moreover laughably littered with tired genre staples.

Jupiter Ascending opens with the only decent moments in the film, which have Jupiter narrating her backstory. A tragic tale that leads to her being born without a country (for absolutely no reason, except the silly metaphor), and raised in meager circumstances in America.

We bounce between her story, and the one with lots of aliens, until they quickly collide. It turns out that Jupiter is actually alien royalty, and if it seems like that makes no sense, the film has an explanation that also makes no sense. But, since it has long demanded that you suspend all disbelief, it can slip past it pretty quickly on its way to the next shiny thing that will distract you.

The Matrix was like an interested, and interesting Philosophy 101 student wondering out loud between classes, and the sequels were an expression of what happens when that student shows up the next day having decided that they are smarter than not just their teacher, but all philosophers. In much the same way, Jupiter Ascending‘s ridiculous, but at least short-winded, genetic premise didn’t finish reading DNA for Dummies, but still decided it learned everything about the subject. 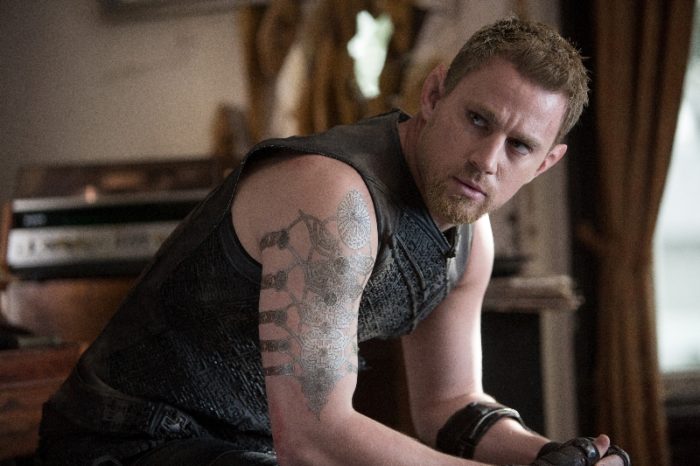 The alien story is that of the Abrasax dynasty, and the three sibling heirs, Balem (Eddie Redmayne), Titus (Douglas Booth), and Kalique (Tuppence Middleton). The division of property following their mother’s death left Earth to Balem, and he can’t wait to harvest it in a few more hundred years, but the arrival of Jupiter upsets his plans. Thus, he will spare no expense to make sure she’s killed before she can throw any wrenches.

This is where Caine Wise (Channing Tatum) a genetically-modified (or whatever) human who has been spliced with a wolf-like creature, comes into play. He was sent by Titus to find Jupiter, but he soon has enough trouble keeping her alive.

The feints roll in hard and fast, with sneaky double-crosses the flavor of the day, and the goofball dramatics of Balem pulling it all apart faster than video game action sequences can hope to stitch it together.

The pre-character outline of the film is difficult to distinguish from that of Star Wars, but don’t think other films don’t show up, whether it makes any sense or not. It ultimately becomes a strange montage of, apparently, just a random conglomeration of things the Wachowskis are fans of. A Brazil-esque sequence of bureaucracy shows up for no real reason, and adds no value. The Wachowskis apparently play a lot of Mass Effect (especially 3, natch), and aren’t absolutely sure what it might mean to say that an action scene is too long. 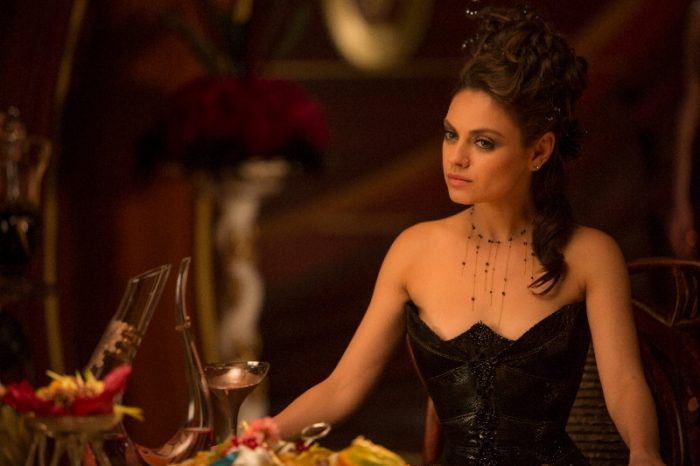 Oddly, or at least out-of-the-ordinarily, there doesn’t seem to be anyone to blame beyond the writer/director siblings. Channing Tatum and Mila Kunis are hit-or-miss generally, but they both work rather well here, giving as much as anyone would be able manage. Eddie Redmayne’s silly, gravely voice isn’t his fault, nor is his performance as a paperthin, D- mid-term on spoiled children with mommy issues, and after that his performance doesn’t especially matter.

Sean Bean does a good job with the role, but his appearance is a little disheartening. He knows better.

When the Blu-Ray comes out, it will probably have a bonus feature that lets you watch the storyboards flip by for about fifteen minutes, and that’s a better movie.