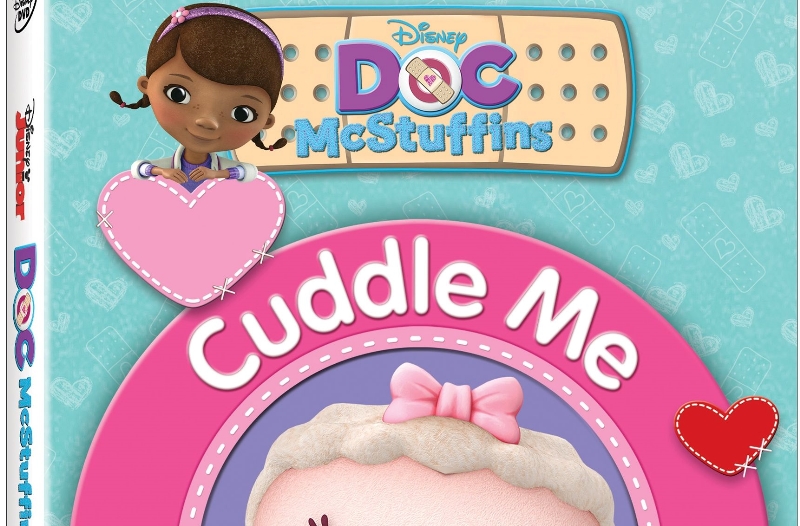 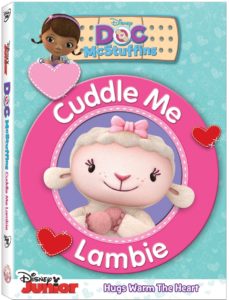 There is a massive world of children’s programming these days, and if you’re forced to sit through enough of it, you start to develop a real appreciation for the things that stand out.

Doc McStuffins isn’t just a show that delivers on its premise as a vehicle for fun for kids, by bringing toys to life, but also works in thematic content parents will love.

Case in point is the main episode of this release, Doc McStuffins – Cuddle Me Lambie, which revolves around Doc getting a new toy that has Lambie feeling that she’s been replaced. It’s a Valentine’s heart, who is all about hugs/cuddles, which is clearly moving into Lambie’s territory. Doc has a diagnosis, and she has to convince Lambie that you don’t replace your best-friend just because someone else shows up, and that there is plenty of room for everyone.

The disc boasts five episodes, which largely feature Lambie, but include some recent favorites as well, including one which has the gang dealing with a monster creation.

Parents will be familiar with releases such as this, which are usually priced right, but are just episodic collections, with no bonus content. This one is a good combination of episodes that are favorites, and are going to stand up to repeated viewings.

Among the best included in the release are episodes featuring the creepy King, “villain” toy who is a repeating character on the show, but one whose episodes don’t seem to get as much play in the network air rotation. He’s an oddly fun character, and the episode in which he hypnotizes others with a sparkly ball is a lot of fun.

Catch a couple of clips below, and be sure to pick this one up.

Help Lambie Get Over Her Broken Heart and Realize
That There is Enough Love to Go Around to Everyone!

-Overflowing with 5 Episodes Plus FREE, Exclusive Lambie Hair Clips inside!-

No one gives better cuddles than Doc’s warm and fuzzy best friend!  She’s a princess and a ballerina, and she’s always there for toys that need an extra helping of tender loving care.  Just say three little words: “Cuddle Me Lambie.”

Join Doc and the whole gang as they laugh, play and have a ball fixing boo-boos and discovering great ways to stay happy and healthy.  Celebrate the power of true friendship as new, sparkly heart toy Val shows Lambie there’s plenty of love to go around.  Meet Donny and Alma’s monster creation Charlie – who turns out to be very sweet and not scary after all.  Then, see how Lambie gets out of a super-sticky jam!  Bursting with five song-filled episodes and cuddles galore, this “hug-stravaganza” is magical fun your little one will adore!

Doc McStuffins Clip: If You Bump Your Noggin