Spike is entering the world of big time productions with Tut, a three-night, six hour event series starring Ben Kingsley and Avan Jogia, and while I’m not sure about the history, it certainly looks like an interesting ride.

The series covers his rise to power, and those who closely surround him during his reign. Apparently, the underhanded, scheming tactics of those surrounding thrones are not limited to any specific set of kingdoms.

As you might imagine, because you’re caught up on GoT, boy kings have a tendency to get pushed around.

Check the trailer above, and mark your calendar. 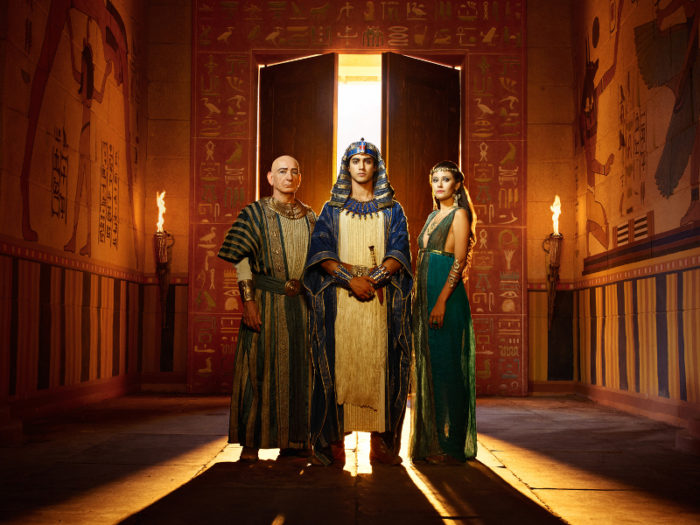 Tut recounts the astounding saga of one of history’s most extraordinary rulers, Tutankhamun (King Tut), his rise to power and his struggle to lead Egypt to glory, while his closest advisors, friends and lovers scheme for their own nefarious interests.

Thrust into power after the murder of his father, Tut (Avan Jogia) is forced to marry his strong willed, ambitious sister (Sibylla Deen) in order to maintain the dynasty. In love with a commoner (Suhad), he struggles to protect her from the jealous queen. And although Tut rules as Pharaoh, he is exploited by a shrewd Grand Vizier (Ben Kingsley), a ruthless military General (Nonso Anzoie) and a scheming High Priest (Alexander Siddig) who look down on him as someone they can control. But through unexpected twists and turns, Tut strives to overcome the odds, rising from a manipulated ruler into an unlikely hero who triumphs over his enemies, both from within and without, leading his kingdom to glory.

This event series opens up a fascinating window into a world filled with heart-breaking romance, epic battles, political backstabbing, conspiracy, jealousy, and even murder — proving that Tut’s world was not so far removed from our own.