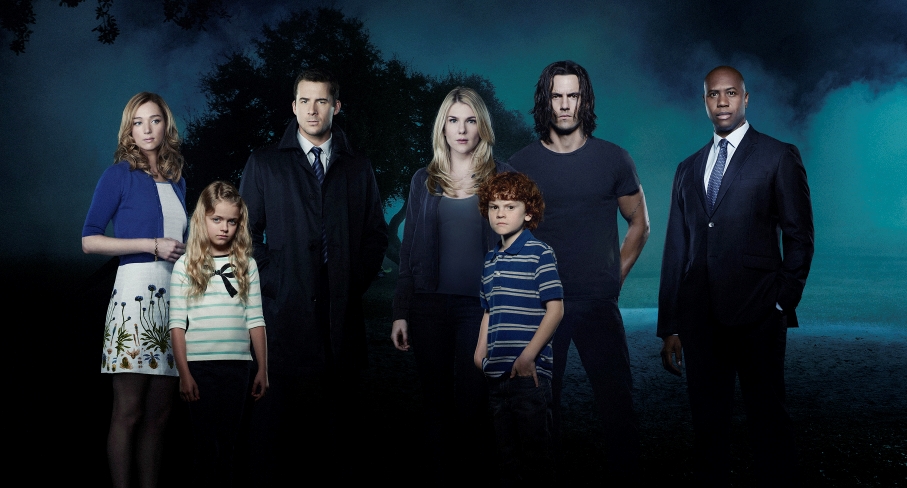 ABC‘s The Whispers feels more like something that should pop up on Syfy, and while that isn’t at all a bad thing in general, it also feels like the kind of show developed around the brainstorm-session telling of its opening ten minutes.

“Here’s a creepy scenario,” someone says, and the response is to tell him to just keep going.

As is becoming all too common, the story is written largely paying attention only to the tenets that – A) if it’s really goofy, but everyone is very serious, it’s really good – B) bullet points are all you need in our era of short attention spans.

Point A is basically the simple result of people wanting to get a lot of sci-fi on the air, even when they don’t understand why people like sci-fi. They don’t get why things work, or don’t, but they know LOST was popular. Point B leads to a kind of anti-construction. If the synopsis says a character does something insane, because that’s what we need in order to get to the next bullet point, that’s just what happens. Developing a character so that it makes sense that they would act that way is, using the turn of phrase of writers and producers, “something people read books for.”

This in mind, The Whispers begins by making young children very creepy. If you aren’t immediately turned off by the premise of little kids, and their imaginary friends, wreaking a certain kind of havoc on the world, it’s rather compelling to see these youngsters, for example, packing hammers into backpacks and luring their parents into traps. It isn’t your usual sort of compelling, but it’s hard to look away.

FBI child specialist, Claire Bennigan (Lily Rabe), is given the task of looking into the mysterious case of children doing bizarre things. The otherwise unrelated children are apparently doing these things at the behest of their imaginary friends, and it quickly begins to look like there is a complex plot involved.

Just when you think you’re becoming entrenched in a good spook story, we jump to Africa, where something very weird is growing out of the desert. A Department of Defense operative, Wes Lawrence (Barry Sloane), finds more than just a geographic phenomenon, and it bizarrely connects to a missing pilot (Milo Ventimiglia).

Now the hunt is on, and it seems the world faces two mysteries that could change things forever, and discovering the connection, if there is one, is only step one.

Meanwhile, the connections between our investigators, and all other parties involved, doesn’t make anything easier, and as the inherent tension of things to crazy to deal with mounts, it isn’t long before simply keeping from becoming unhinged takes its own toll on everyone. There is, for example, a point at which you don’t know how to explain what you’re doing to your FBI bosses.

In the end, it’s a show that is merely a combining of elements, but the storytelling offers little craft. It’s like coming up with especially clever plug-ins using MadLibs, and concluding that you have thus created a good story. The real problem is that the show ultimately doesn’t deliver the tone it needs. It’s a dangerous effort, and you have to give it credit for at least taking up a challenge, but if the tone doesn’t come through in just the right way, it quickly turns silly. Most of the payoff moments are far more likely to spawn laughter than anything else, and the dialog, and curious turns of emotional response don’t help.

We love to play games with our children. But what happens when someone else starts to play with them too? Someone we don’t know. Can’t see. Can’t hear. In The Whispers, someone or something — is manipulating the ones we love most to accomplish the unthinkable. The Whispers is produced by Steven Spielberg, Justin Falvey, Darryl Frank, Zack Estrin, and Dawn Parouse Olmstead. The pilot was written and co-executive produced by Soo Hugh.

In the country’s center of political power, Washington D.C., several kids have been talking about their imaginary friend. What the parents don’t know is this friend is not as imaginary as they assume. And when the mysterious games they play turn dangerous, FBI child specialist Claire Bennigan is called in to investigate. Is this just a case of children being led down the wrong path? Or is it something far more unsettling… as she searches for the answer.

Halfway across the world, in the middle of the Sahara Desert, Defense Department operative Wes Lawrence unearths a strange, haunting geological phenomenon. Are these mysteries connected? The answer will force them all to face their greatest fear. That perhaps the enemy… is already in their homes. As the clock counts down, it’s a suspenseful race to save not only their families, but the world. Before it’s too late.