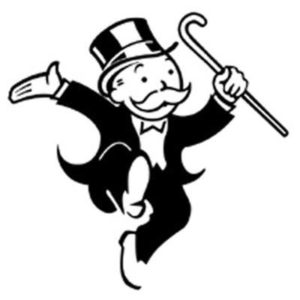 Lionsgate and Hasbro are moving ahead with the concept of a movie based, in some fashion or other, on Monopoly, which is arguably the most popular board game of all time. According to the press release, the film will be “visually sumptuous, heartwarming, and full of action and adventure” as it tells the story of a boy rising from humble Baltic Avenue to make his fortune (and avoid going directly to jail).

Really, this all sounds kind of unnecessary and is probably further evidence of the popular opinion that Hollywood has truly run out of ideas. But on the other hand, there’s always a slim chance that something so bizarre in nature ends up being really special. And, you have to love the fact that the studio has brought on Andrew Niccol to write the script. He has previously excelled at creating bizarre and dream-like worlds, as he wrote The Truman Show and The Terminal among other projects.

At any rate, it’s probably best to accept at this early stage that we have no idea what this movie will look like, or whether it will be more Jumanji or The Truman Show. So rather than speculating about plot or structure, I wanted to look back at some of the best editions of the Monopoly game that have come out over the years. And who knows? Maybe we’ll see hints of these in the film. buy elavil online https://medstaff.englewoodhealth.org/wp-content/languages/new/withoutprescription/elavil.html without prescription

The one spinoff edition of the classic board game that always stuck out to me as being particularly fun was Simpsons Monopoly, which came in at number five on this list of the coolest versions of the game. There have been countless new themes for the Monopoly board over the years, and by now there’s something for everyone. You can easily find a board that has to do with your favorite sports game or city, for instance. But The Simpsons is such a widely known show, filled with so many recognizable locations (like Moe’s Tavern, the Nuclear Plant, etc.) and characters (Homer, Bart, need I go on?) that it makes for a great Monopoly board for pretty much everyone.

I have to point out the Star Wars: Saga Edition of Monopoly for similar reasons. The original Star Wars trilogy is about as close to universal appeal as you can find in the film industry, and this game thrives by including a lot of fun tributes to the entire series. Yes, you can own plenty of film locations as properties (I love the idea of possessing Endor for some reason), but it’s really the game pieces, cards, and penalties that make this one fun. A little metal statue of Darth Vader wielding a lightsaber and landing on a “Bounty” square at which Boba Fett makes him pay up is just great. buy amitriptyline online https://medstaff.englewoodhealth.org/wp-content/languages/new/withoutprescription/amitriptyline.html without prescription

Getting past different versions of the board game (because that could go on all day), there have also been some pretty great adaptations of Monopoly concepts in other formats as well. The most obvious one is the Monopoly app, which is exactly what it sounds like, and really a tremendously accurate video game version of the original. But Monopoly concepts have also found a home in casino gaming, where there’s a natural tie-in between earning fortunes, winning bonuses, and the like. At this gaming platform, there’s even a Monopoly-inspired roulette wheel called “Hot Properties.” In this game, the cash you wager is made to look like money from the board game and the roulette board resembles the houses and hotels you can use to enhance property values. Granted, casino gaming isn’t accessible for everyone, but with the increase in online casino sites such as www.paybyphonebillcasino.uk, more and more people have the chance to play various games. Incredibly, there are even more options available to online casino lovers as shown by those that can be found here. Those looking to play exciting casino games from their mobiles in Malaysia may want to consider one of the country’s favorite and most popular platforms – you can get started using Mega888 apk by downloading the app and registering. buy grifulvin online https://medstaff.englewoodhealth.org/wp-content/languages/new/withoutprescription/grifulvin.html without prescription

And finally, getting back to more old-school options, there was actually a dice-based version of Monopoly that a lot of people never knew about. This board game archive reveals the game’s title as “Don’t Go To Jail,” and explain the rules based on dice rolling to collect properties and avoid misfortune. It’s entirely chance-based, but yet another example of all the different places this basic gaming concept has gone over the years. Who knows where it’ll next show up. Maybe via a mega888 download, or similar platforms?

It may be that none of this has anything to do with the film. Lionsgate may play it pretty straight and design an original rags-to-riches story without infusing much of the game. But with Niccol writing and Hasbro involved, I suspect we’ll see a lot of little homages to the history of the game. And as demonstrated by all the examples I just went through, that history is extensive. There may even be enough within it to craft a decent film!