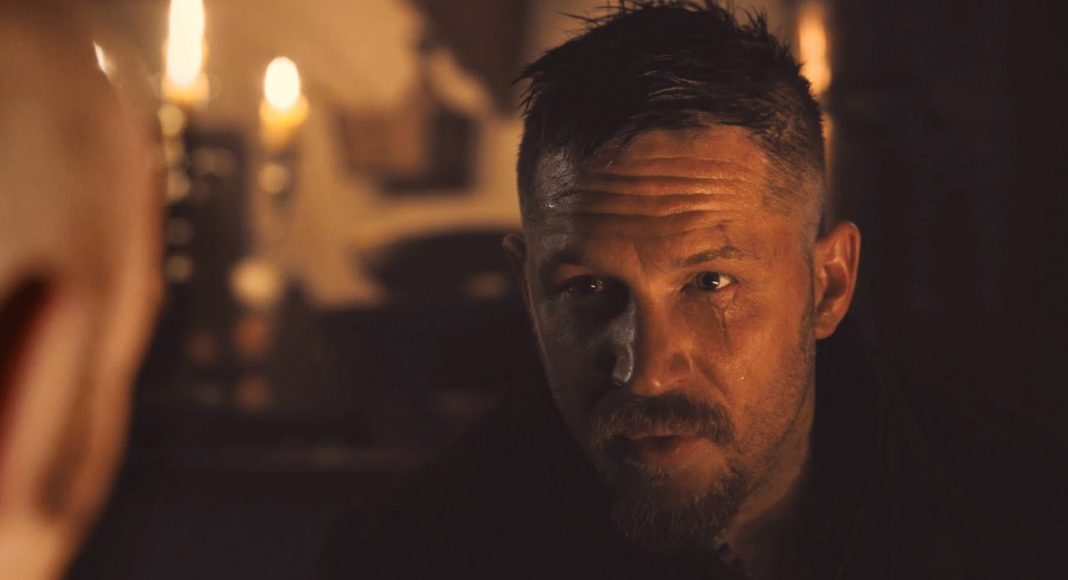 Tom Hardy is on the move right now, and since FX‘s Taboo is currently set to “probably” air in 2017, it’s a good idea to burn the show into people’s brains while we’re all hot for Hardy.

The show looks for all the world like the cinematic offspring of the combined well of recent “dark and creepy” efforts, and that’s at least partially because it has production/cast ties with Peaky Blinders.

Hardy will have a lot resting on his shoulders with this effort, as the short-run series apparently focuses heavily on his character. Hardy plays a presumed-dead son who reappears when his father dies, but most people might not want what he manages to inherit, which is largely a lot of people trying to kill him.

It’s hard to make a call based on a trailer alone, despite the inherent irony of that statement, but this one looks to be something that you want to make sure not to miss.

LOS ANGELES, February 25, 2016 – Starting today audiences worldwide are getting an exclusive look at Taboo, the new drama series starring Tom Hardy, who is currently nominated for an Oscar® for Best Performance by an Actor in a Supporting Role for The Revenant.  The show is also executive produced by Hardy alongside Ridley Scott and Steven Knight who created the eight-episode drama series.  The first trailer is being released as p roduction continues in London with a major international cast for FX and BBC One.  Taboo is currently anticipated to air in 2017. buy cipro online https://medstaff.englewoodhealth.org/wp-content/languages/new/withoutprescription/cipro.html without prescription

Set in 1814, Taboo follows James Keziah Delaney, a man who has been to the ends of the earth and comes back irrevocably changed. Believed to be long dead, he returns home to London from Africa to inherit what is left of his father’s shipping empire and rebuild a life for himself. But his father’s legacy is a poisoned chalice, and with enemies lurking in every dark corner, James must navigate increasingly complex territories to avoid his own death sentence. Encircled by conspiracy, murder, and betrayal, a dark family mystery unfolds in a combustible tale of love and treachery.

Taboo is based on an original story by Tom Hardy and his father Chips Hardy who is also the show’s consulting producer.

In addition to his work in The Revenant, Tom Hardy most recently played the lead role in the Oscar-nominated Mad Max: Fury Road.  Ridley Scott’sThe Martian is currently nominated for seven Oscars, including Best Motion Picture of the Year. buy temovate online https://medstaff.englewoodhealth.org/wp-content/languages/new/withoutprescription/temovate.html without prescription