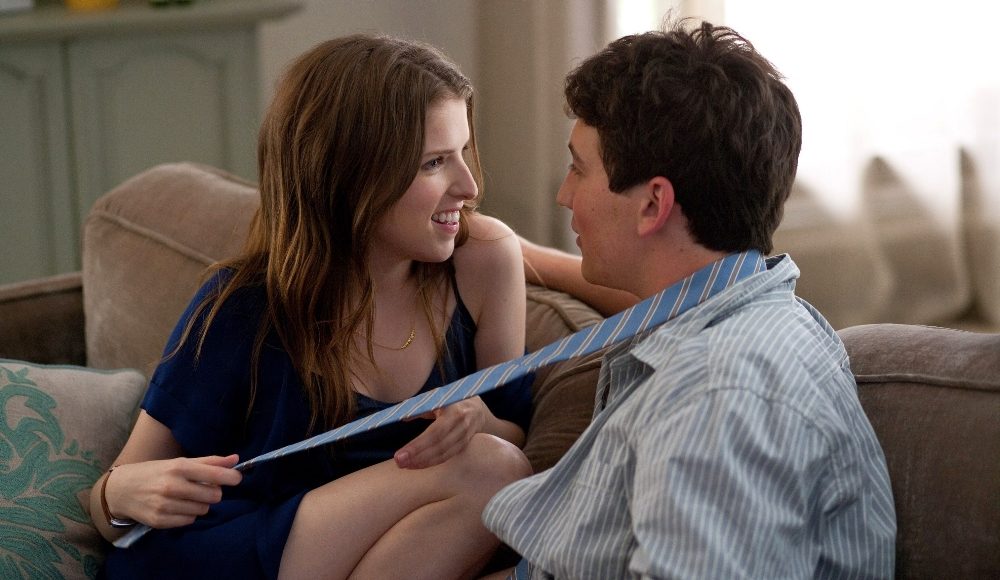 Get A Job Releases New Images

Get a Job hits on March 25th, and Lionsgate has released some new images. They don’t exactly offer a lot of surprises that the trailer (see below) hid, but we do get a nice group selfie shot… and learn that Miles Teller‘s character works in some manner of booth.

The premise of the film is, eventually, an interesting one, but you have to guess that the film doesn’t take as long to get there as the trailer suggests.

While the post-graduation angst film isn’t entirely new, and is in fact possibly overworked as practically a mantra of the new generation, the role reversal angle and relationship focal point should make this one interesting. It certainly has a cast that you expect good things from. Well, some of the cast anyway.

The movie kicks off with Will (Teller) needing to get his act together in a pretty serious way, but we soon find Jillian (Anna Kendrick)… losing her act, or whatever.

You’ll be hearing a lot about this one as the release approaches, especially as the marketing department expands its effort to take advantage of the deep cast.

Take a look below. 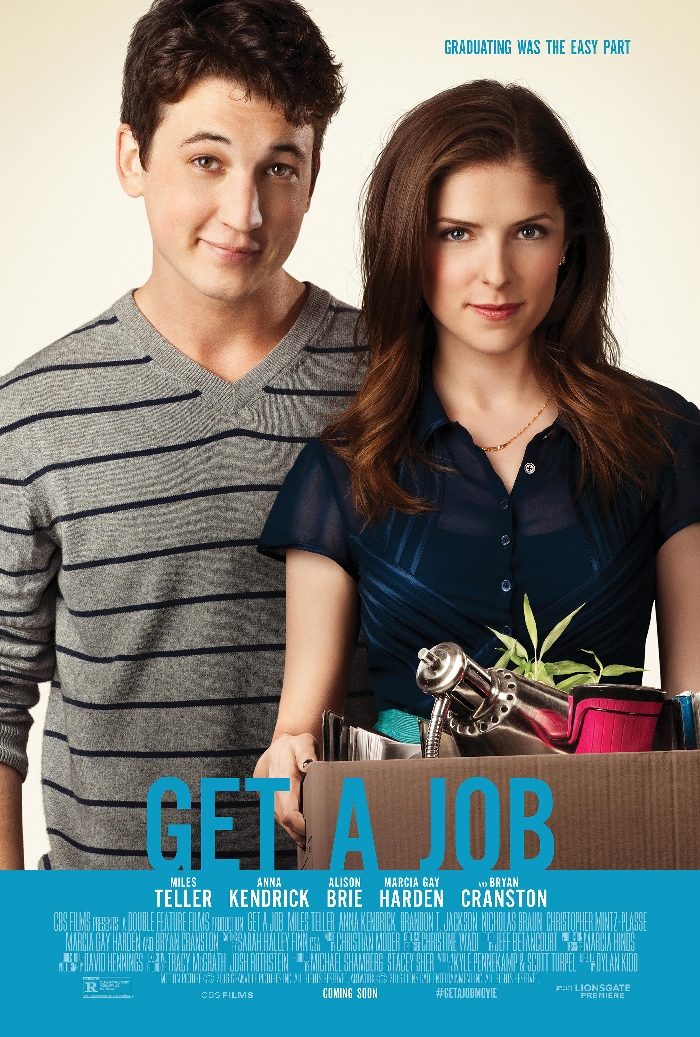 Get a Job Trailer

Miles Teller, Anna Kendrick, and Bryan Cranston star in this wickedly funny comedy about making it in the real world. Life after college graduation is not exactly going as planned for Will (Teller) and Jillian (Kendrick) who find themselves lost in a sea of increasingly strange jobs.  But with help from their family (Cranston), friends and coworkers they soon discover that the most important (and hilarious) adventures are the ones that we don’t see coming.
Directed by: Dylan Kidd
Written by: Kyle Pennekamp & Scott Turpel
Cast: Miles Teller, Anna Kendrick, Bryan Cranston, Alison Brie, Marcia Gay Harden, Ravi Patel, Christopher Mintz-Plasse, Jorge Garcia
Share
Facebook
Twitter
Pinterest
ReddIt
Email