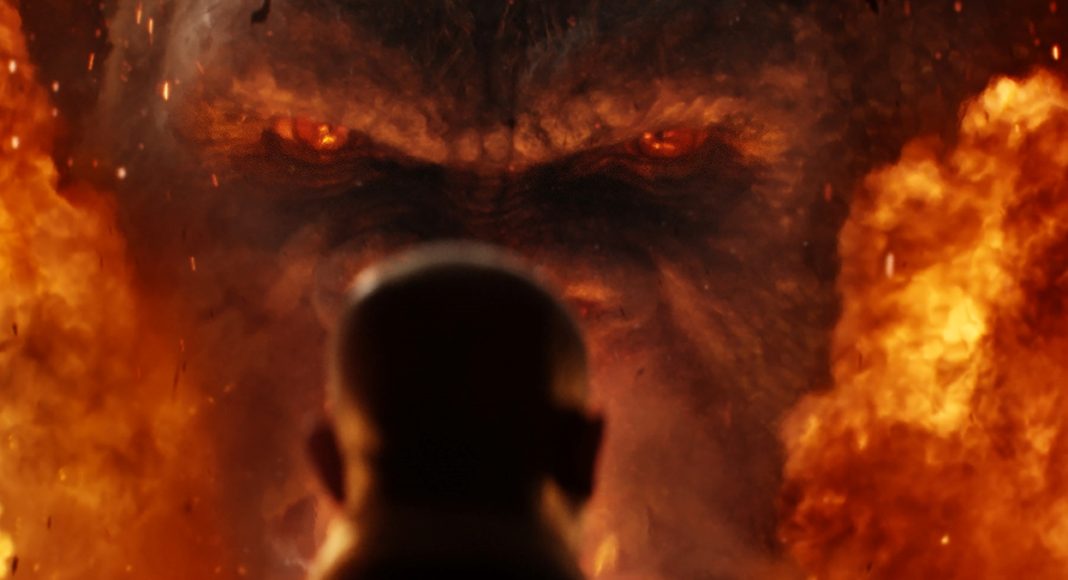 Despite complaints about the seemingly never-ending line-up of reboots, reworks, sequels, and otherwise unoriginal ideas, each year’s release schedule seems to have more of them, not less. If this didn’t cause enough problems on its own, there’s only so much to redo, which means we’re going to get movies based on things that, though people may know them, were never really interesting in the first place.

Going back to the Kong well, yet again, is at this point a bit like remaking the “film” of a train coming at the camera that freaked people out when they’d never seen a movie before. And, since there’s nowhere to get with this movie, there’s no point in making any effort with the story, characters, or plot in general, other than to throw a bunch of goofy stereotypes into a hat. Our characters are who they are, and make the decisions they do, purely because it keeps the film from ending.

In this go around, a semi-wacky scientist (John Goodman) leads a secret, government group that investigates the existence of massive creatures. Actually, I’m not sure that’s exactly what they do, but they’re a real group… they have a logo and everything. Said group is about to lose their funding, which is somehow tied to the war in Vietnam ending, and new satellite images have discovered an island that no one has ever been to before. An unexplored island means that our mystery group wants to explore it, though there isn’t the slightest motivation given to us, except that they are perhaps desperate to do anything. The film’s opening is a frantic dash to get you to avoid paying attention to

The film’s opening is a frantic dash to get you to avoid paying attention to it, because we know you just want to get to the island. A British spy turned tracker (Tom Hiddleston) is added to the team, as is a photojournalist (Brie Larson), and a helicopter unit who thought they were going home from war. The film pays attention to any of these people to the exact same degree as if a dossier page had flashed on the screen. They never become characters, they’re just roles.

Once at the island, which is surrounded by a perpetual storm that has kept people away, the film unsurprisingly wastes no time introducing us to Kong. It also wastes no time letting us know exactly how the rest of the film will go, because the dozen or so helicopters all play a game of “who can fly closest to the giant monkey.”

Now separated, the various members of our team have to survive a trek through the island of AOUSes (Animals Of Unusual Size), while figuring out how to escape. Luckily, we brought a tracker… and a crazy military commander.

On a positive note, we meet Hank Marlow (John C. Reilly), a pilot who has been on the island since he was shot down during World War II (which we see as the film’s open). Hank has made friends with the natives, and knows how to survive on the island. He also knows that Kong is the good guy here, but who is going to explain that to Colonel Packard (Samel L. Jackson)?

There are some great visual in the film, and it has the makings of something that could be a decent bit of popcorn entertainment (which is to say it is based on King Kong), but it’s put together so laughably that it’s not only self, but genre parody. It’s a film with no idea how to move from bullet point ideas to a final scene, except insofar as it knows just how it wants the monster fights to play out. It is something spit out in odd chunks, leaving several pieces mostly meaningless, accomplishing little beyond moving us toward another look at Kong. Though certain steps are meant to give us chance for people to talk, and develop some character, they are as serviceable (and think as highly of you) as Colonel Packard opening the movie by staring at a box of medals and asking, “and for what?”

There are a lot of flaws you’re happy to write off in a monster movie, but being boring isn’t one of them, and this one will have trouble keeping a lot of viewers in their seats. Unless, like Roger Ebert, you thought Indiana Jones and the Kingdom of the Crystal Skull was brilliant. Then you’re in luck.