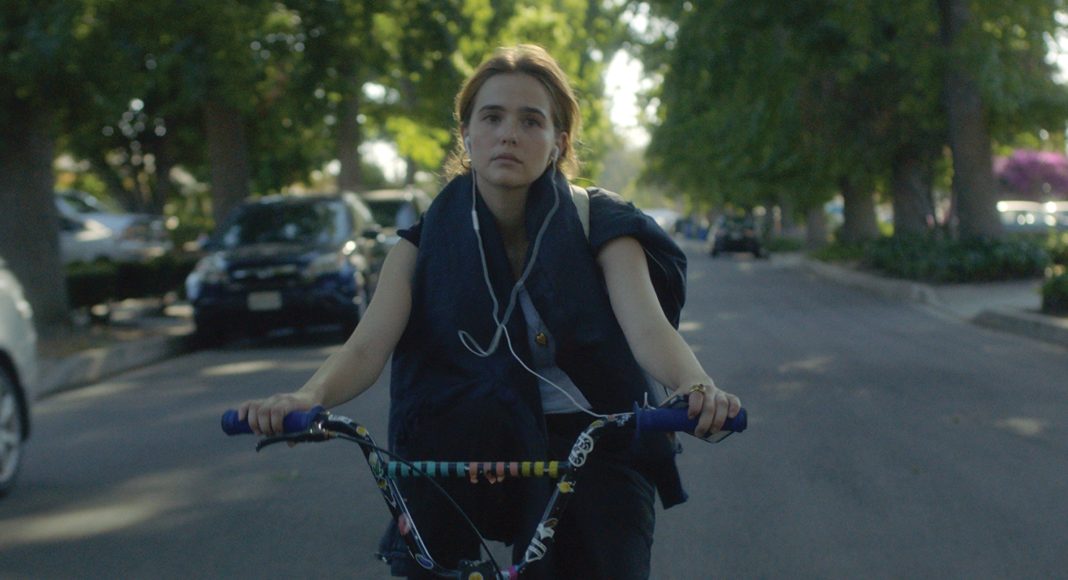 I am frequently asked why there is no new John Hughes, and/or why there are no films that seem to take over the 15-25 consciousness and become instant classics in the way his ’80s films did. My answer is usually that it isn’t the ’80s, which generally isn’t seen as helpful. The era creates the films as much as writers and directors, and the ’80s was the perfect storm that allowed those films to work. The demographic is having a very different experience now, with distinct problems, questions, attitudes, and coping mechanisms.

As if the genre didn’t have enough difficulties, the reason adolescent films work, when they do, is that they take their subject, and thus their demographic, seriously, and at a time when said demographic is railing furiously against not being taken seriously. That’s a hurdle whose difficulty increases over time, because if you appeal too broadly… well, then you aren’t taking me seriously, and “broadly” is changing. Thus, these days we get things like The Fault in Our Stars, but more importantly, The Spectacular Now, Me and Earl and the Dying Girl, The Edge of Seventeen, The Myth of the American Sleepover, Submarine, and now, Flower.

A film that rather wonderfully has no clear referent for its title, Flower follows Erica (Zoey Deutch), a young woman who will, in an uncomfortable take on “literally,” do anything to get the money needed to bail out her father. Raised, we assume, almost exclusively by her mother, Laurie (Kathryn Hahn), Erica has developed into a free spirit of sorts. Laurie is one of those “bestie” moms. She’s a product of an, “I’m not going to be like my mom,” mentality that doesn’t realize it’s on the second generation of the movement (or billionth, depending on how you look at things). Thus, Erica has little to do, less-than-traditional views on sex, especially of the oral variety, a semi-caustic attitude towards everything, and wanders through life with that “ennui by decision” that is currently all the rage. Mostly, she hangs with her friends at the bowling alley and fantasizes about making a play for “hot, old guy” (Adam Scott).

In order to raise the money she needs to bail her father out of jail, Erica has taken to serial-blackmailing men willing to do things with teens worthy of being blackmailed over. As odd as it sounds, it’s a penny-ante racket she’s ringleading, which serves as its own statement about the perspective and savvy of the new youth.

As swimmingly as Erica’s life is progressing already, Laurie’s latest boyfriend has a son, Luke (Joey Morgan), who is about to get out of rehab and live with them. Luke has a lot of problems, including a penchant for panic attacks, and he isn’t exactly the guy you want moving in, especially if you’re Erica, but he has a connection to “hot, old guy,” and that gives Erica something interesting to think about for a while.

The film may run through a somewhat pat progression, once we’ve figured out where we are, but it examines its own endeavor far more bravely than most films with adolescents dare, and it shifts its characters around in the end, which adds a depth you never saw coming.

Erica doesn’t care, but as a mantra she hopes will help her “fake it til you make it,” instead of a statement of self-awareness, and Luke hardly has room in his schedule for anything beyond caring, but he can’t figure out why, or if he decided to do it. Together they eventually figure out that they aren’t as opposite as they seem. Best of all, they move through their adventure just absorbing each other’s reactions, which is bizarrely difficult to get on film. They see their unique situations without having to comment on the fact, and they question things like, “How did your mom’s parenting style lead to you?” without actually asking any questions.

Deutch, recently of efforts like Why Him? and Dirty Grandpa, which aren’t likely to impress from an acting ability standpoint, will never get the credit she deserves here, because the role’s difficulty is understated, and Erica is kind of a bitch. At one point Erica has something like a cathartic epiphany, and without saying anything Deutch manages to convey the idea of coming to terms with why you are who you are, and there might be a handful of actresses under 25 who have a chance at such a scene. Hahn is similarly wonderful in a role that you don’t run into frequently. Director Max Winkler mentioned after the Tribeca premiere that Hahn had some ideas for additional dialog during a pivotal scene with Deutch, and it isn’t hard to imagine. Uncomfortably odd as the character may be, you don’t disbelieve her for a second, and Hahn elevates her far beyond the stereotype everyone must have feared.

If the film has a flaw, and it does, it’s that it seems afraid to hit one more gear, which results in it spinning a little out of control at the end. The pacing starts to lurch as we approach the end, and your average audience member is likely to spend some of the time imagining more plausible scenes to sit through. It isn’t enough to derail things, but you can’t help but wish for another week or two working things out.

On par with the best the sub-sub-genre has thrown at us in at least the last decade, Flower manages to help out with an answer about why people aren’t, for lack of a better turn of phrase, making ’80s adolescent movies anymore. They shouldn’t be.