Kingsman: The Golden Circle Trailer – Fans Will Rejoice In The Madness

Kingsman: The Secret Service was a surprise in many ways, but possibly the biggest surprise was how goofy the film could be without losing its audience. It’s a solid movie that’s thoroughly entertaining, but it’s just wacko.

We’ve finally got a trailer for the sequel, Kingsman: The Golden Circle, and we’re apparently taking things up a few notches. Director Matthew Vaughn co-writes with Jane Goldman, and if nothing else, we’re expanding the world quite a bit. As you’ll see in the trailer, The Kingsman fall victim to someone, or some group of ones, who destroys all their favorite buildings. As Eggsy tries to cope, we have to imagine, he runs into America’s version of the organization, The Statesmen. If that weren’t enough, coupled with a lot of wild action scenes and general craziness, we get a shot of someone who is shockingly returning.

The film also has an impressive cast of supporting characters, but you’ve just got to be especially looking forward to Jeff Bridges.

This one doesn’t hit until September 22nd, and feels a little odd to have to wait through the entire summer to get to this popcorn madness, but there you are. 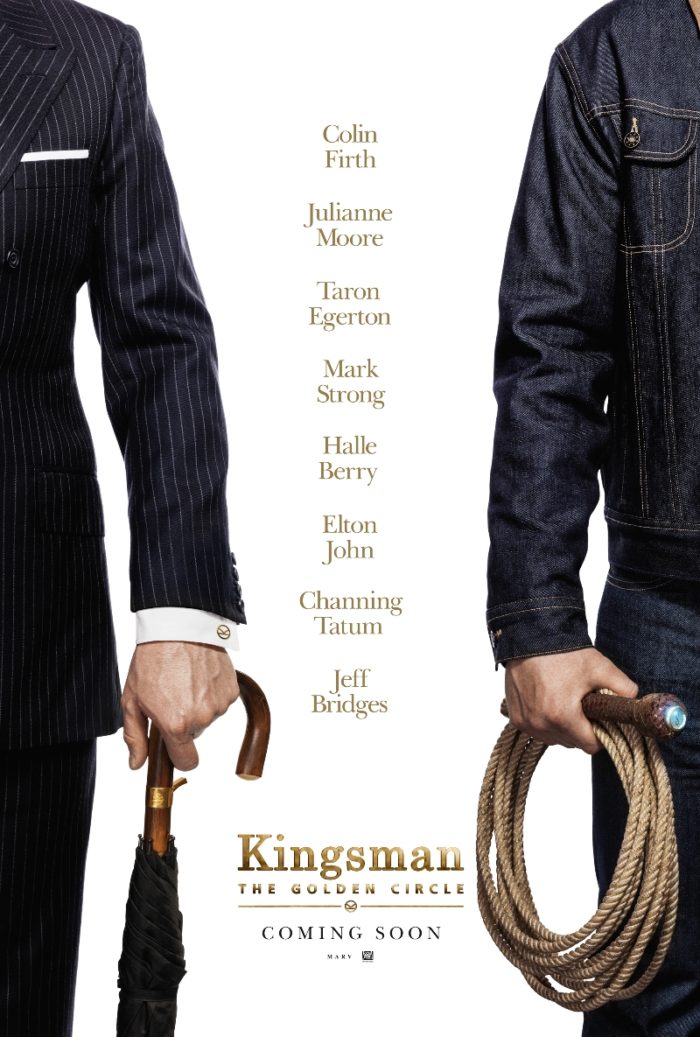