War for the Planet of the Apes is beginning to look like the film we had to suffer through mediocrity to get to. Sure, a lot of people loved the earlier films, critics included, but they were filled with problems that no one cared about because the special effects were wonderful. Dawn of the Planet of the Apes was an improvement, and it was, by and large, deftly handled by Matt Reeves, but it was still only pretty good. There was more for these films to do, and decisions that could have moved things in better directions.

War for the Planet of the Apes, on the other hand, keeps offering up nuggets to suggest that it has more interesting goals. It isn’t a sure thing yet, especially considering that Woody Harrelson‘s character could easily go so wrong that he pulls the whole thing down around him, but there are many hints that this is really going to be a winner.

In order to keep you interested as July 14th approaches, the film has released a surprisingly long clip that introduces Bad Ape (Steve Zahn). It’s a hell of a clip, revealing a time in the film after Caesar (Andy Serkis) has Nova (Amiah Miller) in tow. Not only does the clip reveal the film’s approach and effort by way of Bad Ape himself, but it shows off the wide variety of struggles Caesar is going to go through. His reaction to Bad Ape, just in terms of his existence, is wonderful.

Of course, fans of the originals are going to probably find themselves in odd territory as this franchise keeps rolling along, because things like Nova’s existence are head-scratchers, but it looks like we’re in for a treat.

Take a look above and let us know what you think of this one.

War for the Planet of the Apes Clip – Bad Ape

In WAR FOR THE PLANET OF THE APES, Caesar and his band of Simian brothers discover an unknown, newly evolved ape named “Bad Ape” (Steve Zahn) – an escapee from a zoo.  For the first time in the trilogy, Caesar and his apes discover a new ape outside of their tribe, marking a critical moment in the war between Humans and Apes. 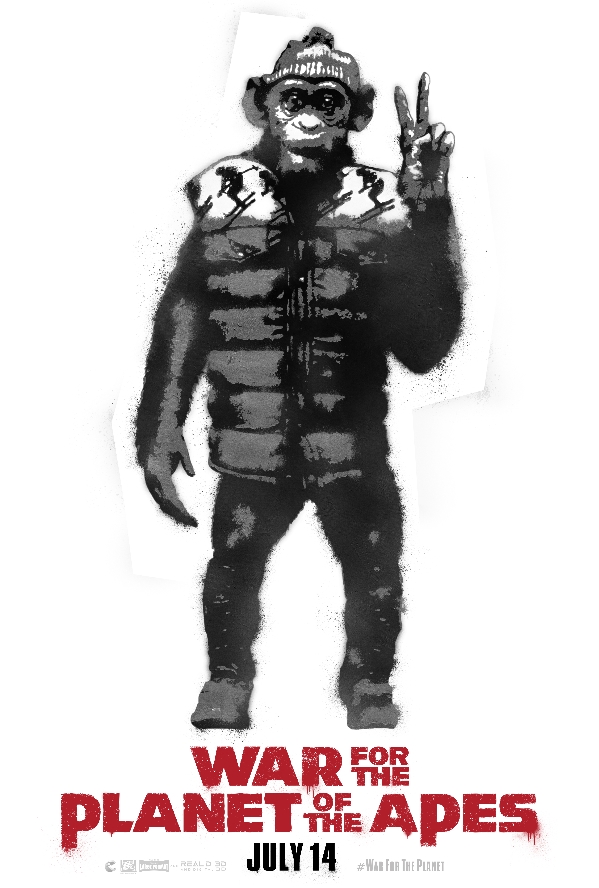